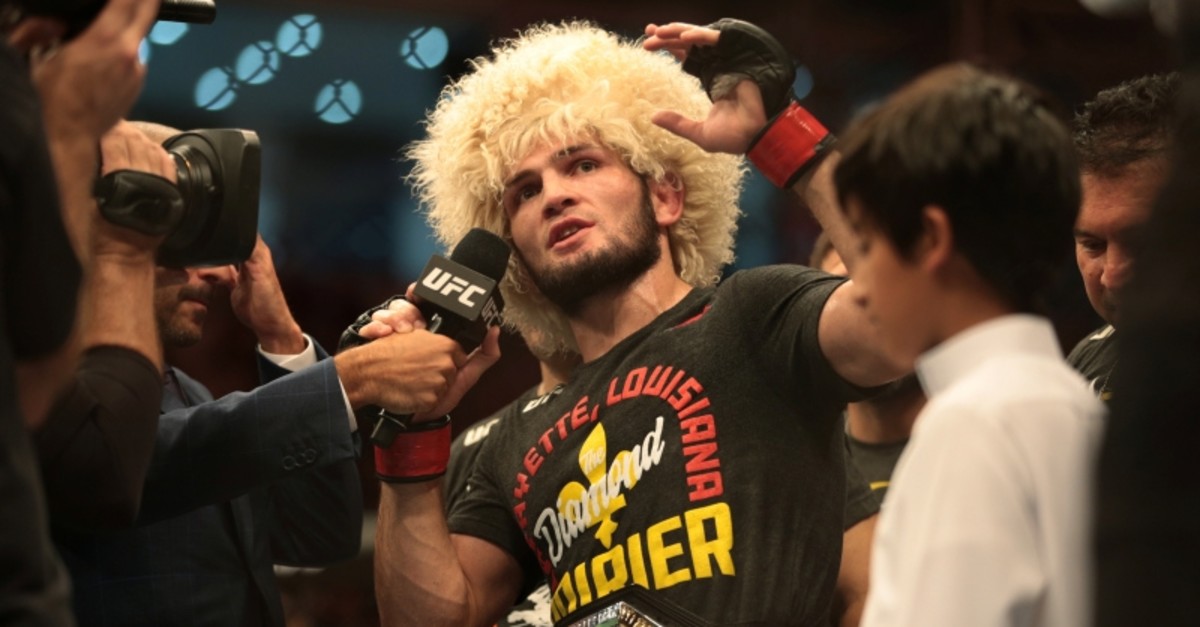 Khabib Nurmagomedov stopped Dustin Poirier by submission in the third round Saturday night at UFC 242, retaining his lightweight title and unbeaten record.

After dominating Poirier with wrestling and grappling throughout the bout at Yas Island, Nurmagomedov (28-0) landed a rear naked choke and forced Poirier to tap midway through the third.

The Dagestan-born Russian fighter returned almost flawlessly for his first fight since beating Conor McGregor in October 2018. Nurmagomedov has stopped three of his last five opponents by submission, and he is challenging Jon Jones and Amanda Nunes for unofficial pound-for-pound supremacy in mixed martial arts.

"MMA is about respect, this is what we showed tonight," Nurmagomedov said.

Nurmagomedov felt disrespected by McGregor and the Irish star's friends before their bout, and that's why he jumped into the crowd to brawl with the entourage after his victory last year. Nurmagomedov was suspended and fined by the Nevada Athletic Commission, and Poirier won an interim lightweight title during Nurmagomedov's forced absence.

"There has been a lot of pressure on me recently," Nurmagomedov said. "I now need a couple of days rest."

Poirier (25-6) nearly finished Nurmagomedov with a guillotine choke early in the third round of a fight otherwise dominated by his opponent. Poirier held his interim title after beating Max Holloway in April for his fourth consecutive victory over elite lightweights.

But Nurmagomedov stands on another level entirely, and he appears to be one of the UFC's most bankable stars.

"I feel like I let myself down," Poirier said. "My career was set up for this moment. I was so prepared. I didn't cut any corners. When I wake up, I need to take a look in the mirror."

UFC President Dana White said Nurmagomedov's next fight is likely to be against Tony Ferguson, the powerful lightweight who has been booked against Nurmagomedov several times in bouts that fell through due to injuries.

McGregor, who has unpersuasively claimed to be retired, offered his own idea for Nurmagomedov's next bout on Twitter: "Book my rematch for Moscow."

Nurmagomedov's wrestling has been insurmountable for almost every opponent. He landed seven takedowns on Poirier, and he was in a position of control for nearly nine of the bout's first 10 minutes. Nurmagomedov finished it by getting Poirier's back shortly after escaping the guillotine.

Nurmagomedov has won his first 12 UFC bouts, a mark surpassed only by Anderson Silva in the promotion's history.