Serbia defeat a silver lining for Sultans of the Net 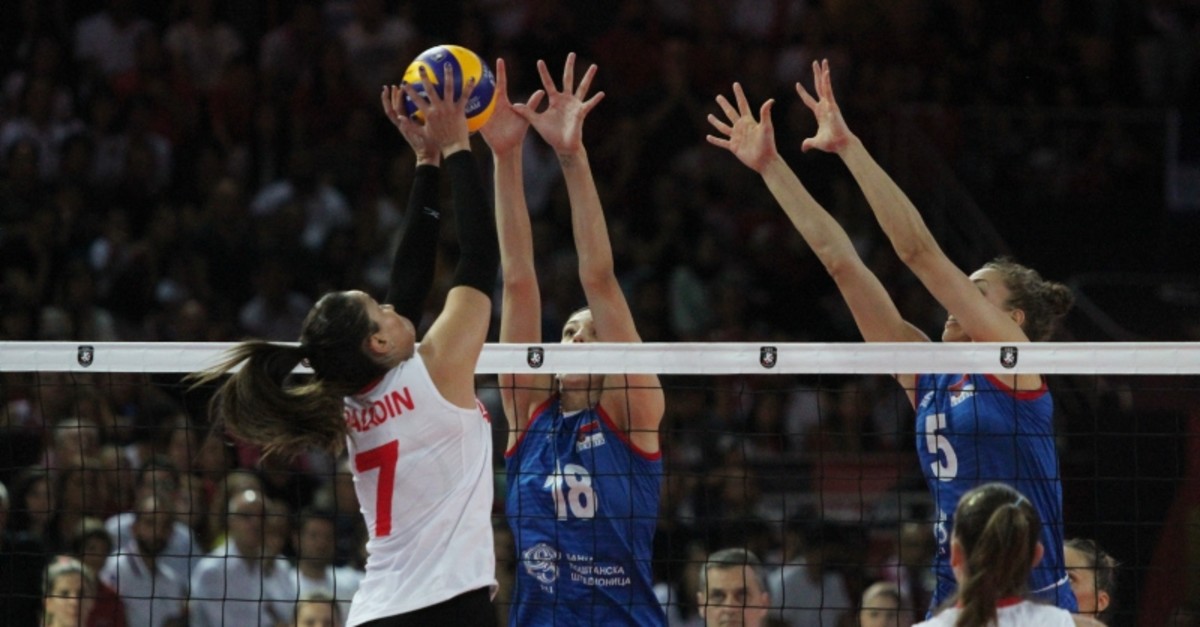 Although they lost 3-2 to Serbia in the EuroVolley women's final, the Turkish national volleyball team made the country proud with a silver medal and brought a much-needed victory for Turkish sports

The Sultans of the Net are the talk of the town with their success story in the EuroVolley women's tournament. Make no mistake, they lost the final 3-2 to Serbia on Sunday night, but a silver medal was enough to bring hope to a nation seeking glory in international team sports.

Social media was awash with congratulatory messages for the team. Everyone, from celebrities to ministers heaped praises on the team that finished the tournament as runner-up.

The silver medal was a solace for the nation, saddened by last week's defeat against the U.S. in the FIBA World Cup men's basketball group match. A defeat in the nail-biting encounter ended Turkey's hopes of reaching the final.

The Turkish women's volleyball team, on the other hand, marked the first time in 16 years that they played in the finals in EuroVolley. Turkey now boasts two silver and two bronze medals over 31 years in the tournament.

It was no small feat for a young team but players agree that it was also largely thanks to the enthusiastic fans, who filled the seats for the finals held in the capital Ankara. The electric crowd was always there for the team that lost only one of its five games in Group A.

Turkey started 3-0 against Greece and went on to defeat Finland 3-2, Bulgaria 3-1 and France 3-0, ending Group A with 11 points in second.

A tense game against Croatia followed in the Last 16 but Turkey managed to reach the quarterfinals with a 3-2 victory. Next, they took on the Netherlands and secured a 3-0 victory. Poland also proved a weak rival for Turkey who won the semifinals 3-1.

Most of the credit goes to Italian coach Giovanni Guidetti and captain Eda Erdem Dündar. Guidetti was also the driving force in the Turkish team Vakıfbank's world championship. He is a new name for Turks where volleyball is not as popular as football or basketball. The veteran trainer, who was named coach of the year in his native Italy for bringing Spezzano to the first league, has enjoyed the most success in Turkey.

"I am very happy with what the team. They played their best and we were lucky that Serbia did not demonstrate its best. It was our fault that we let them win. Our players are very young and it is the first such final for most of them. We made a lot of mistakes," Guidetti told Anadolu Agency (AA) after the game.

Eda Erdem Dündar, who was instrumental in four wins, said it was "a title they narrowly missed."

"We were good throughout the tournament but we did not expect to play in the final. Despite being a young team, we managed to make it to the final with the support of our fans. We took the game to a tiebreaker from 2-1. We are proud that we challenged a team that is number one in the world and Europe," she said after the match.

Dündar said she still feels proud and this was one of the best tournaments she played in. She added that Turkey hosting the event was also "incredible" for many other teams who participated in the tournament.

"I hear it a lot from foreign players and they say this was their best European championship. Of course, we would have loved to win a gold medal but it is very pleasant to win silver too, especially after 16 years," she said.