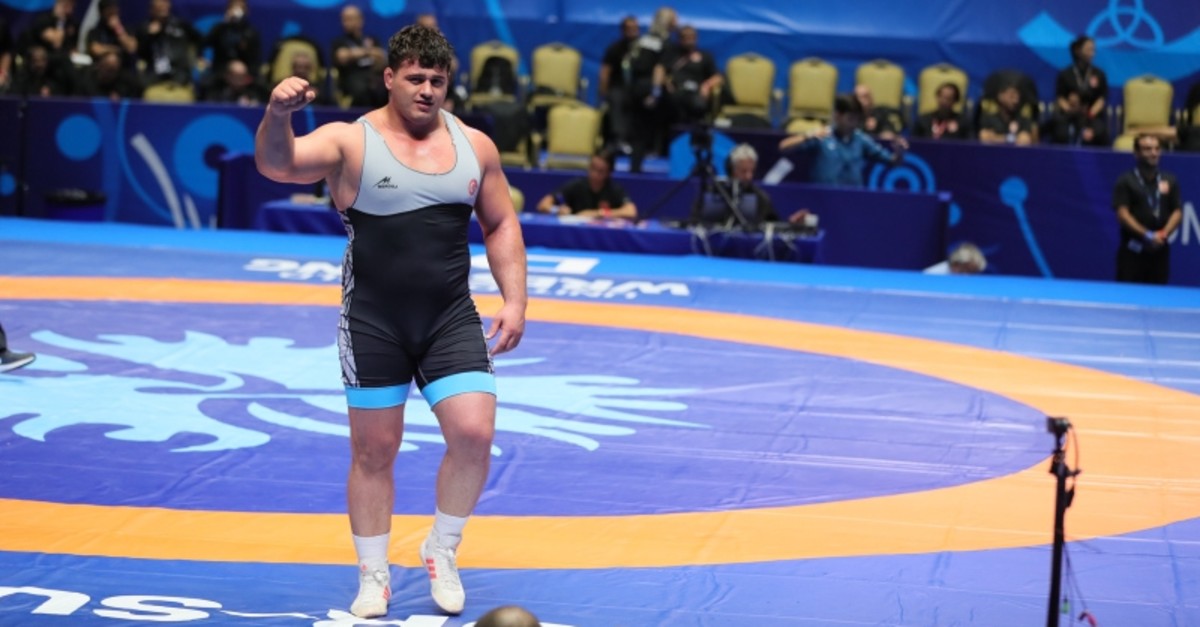 Former world and current European champion Rıza Kayaalp secured a spot in the Tokyo 2020 Olympics and made it to the finals of the World Wrestling Championship by beating his German rival in Kazakhstan's Nur-Sultan on Monday.

Competing in the 130 kilogram Greco-Roman category, Kayaalp qualified for the semifinal by defeating his Chilean and Chinese rivals. Kayaalp won his bout against Cuban-Chilean Yasmani Acosta Fernandez in the first round of the tournament that started on Sept. 14 and was set against China's Lingzhe Meng in a match that ended 4-0. He next took on Georgian wrestler Iakobi Kajaia who he went on to defeat 5-1 in the quarterfinal.

Kayaalp challenged Germany's Eduard Popp in the semifinals and after a 1-0 first stage, he breezed past Popp with a 4-1 bout. The three-time world champion will face Cuba's Oscar Pino Hinds for a gold medal in today's final and if he wins, he will be the first Turkish wrestler to win four world titles.

In other games, Fatih Cengiz defeated Croatia's Bozo Starcevic in the 77 kilos 3-1 but lost to Belarus' Pavel Liakh in the second round. Kerem Kamal, world junior wrestling champion lost to Kyrgyz rival Kanybek Zholchubekov in the 60-kilogram qualifiers and was eliminated from the tournament.