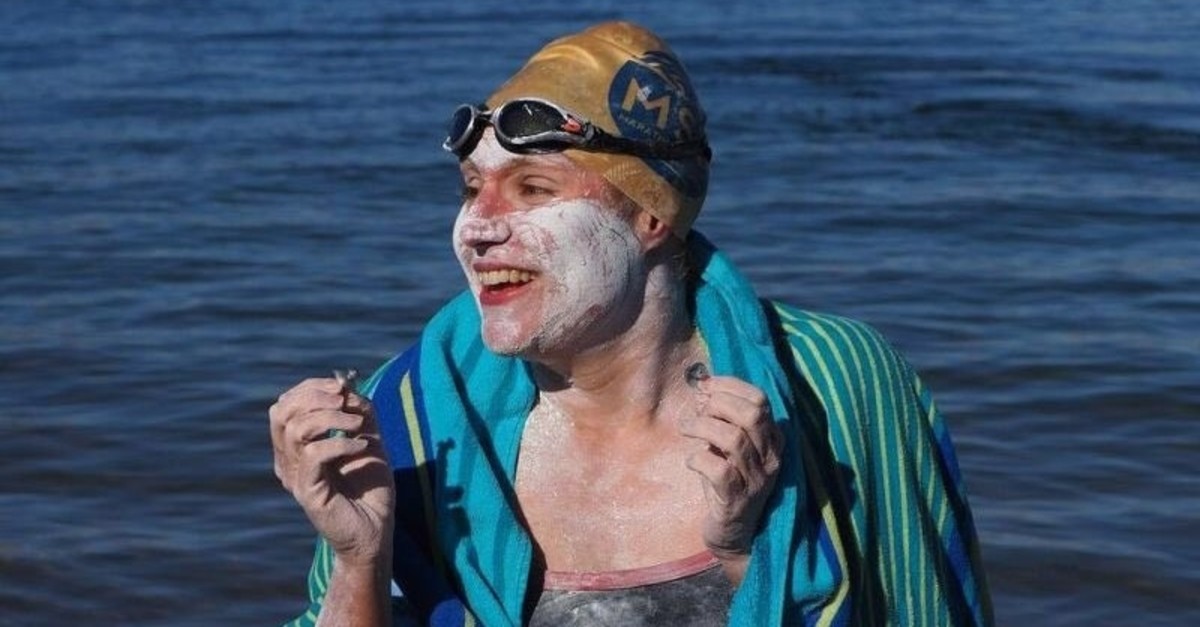 U.S. endurance swimmer Sarah Thomas has become the first person to swim across the English Channel four times without stopping, refueling only on a liquid formula during her 54-hour feat.

The 37-year-old woman from Colorado performed her record-breaking swim a year after receiving treatment for breast cancer, and dedicated her achievement to fellow cancer survivors.

She came ashore on a beach near Dover, on the south coast of England, on Tuesday morning, exhausted and with a sore throat from all the salt water.

"I was throwing up, I was sick," she said, huddled in a towel.

"I was really just pretty numb," she told the BBC soon afterward in a croaky voice.

"There were a lot of people on the beach to meet me and wish me well. That was really nice of them, but I feel just mostly stunned right now, I just can't believe we did it."

In theory, the route that Thomas swam should have been 80 miles (130 km) long, but due to strong currents in the Channel she in fact swam 130 miles (210 km). She said she saw lots of fish and jellyfish along the way.

Previously, four swimmers had crossed the water between England and France three times without stopping.

Thomas consumed only a liquid diet during her swim. Her support crew, following her in a boat, would throw her a bottle containing a mix of carbohydrates, electrolytes and some caffeine, with a little apple juice to improve the flavor.

Upon arrival, she tried to celebrate with champagne but found it did not go down well. She did manage to eat some M&M chocolates.

"Hopefully I can sleep the rest of the day. I'm pretty out of it and pretty tired right now, for sure," she said.