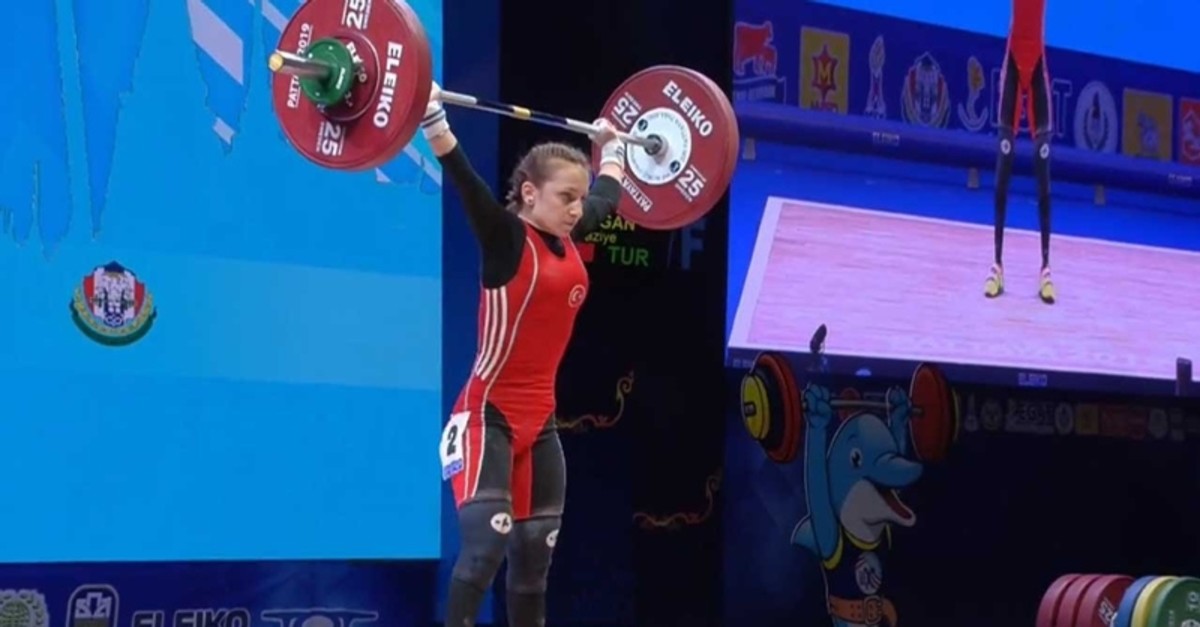 In the women's 45 kilogram division, Erdoğan won a gold medal in the snatch category and a silver medal in the clean and jerk category after lifting 77 kg and 92 kg, respectively, to claim the title of world champion in Pattaya city.

The 2019 World Weightlifting Championships will run through Sept. 27.

A total of 734 athletes from 105 countries will compete in the tournament.

Erdoğan recently claimed a gold and a silver medal at the European Weightlifting Championship held in Georgia in April.

President Recep Tayyip Erdoğan congratulated the athlete in a message he posted on his official Twitter account shortly after Erdoğan's victory.