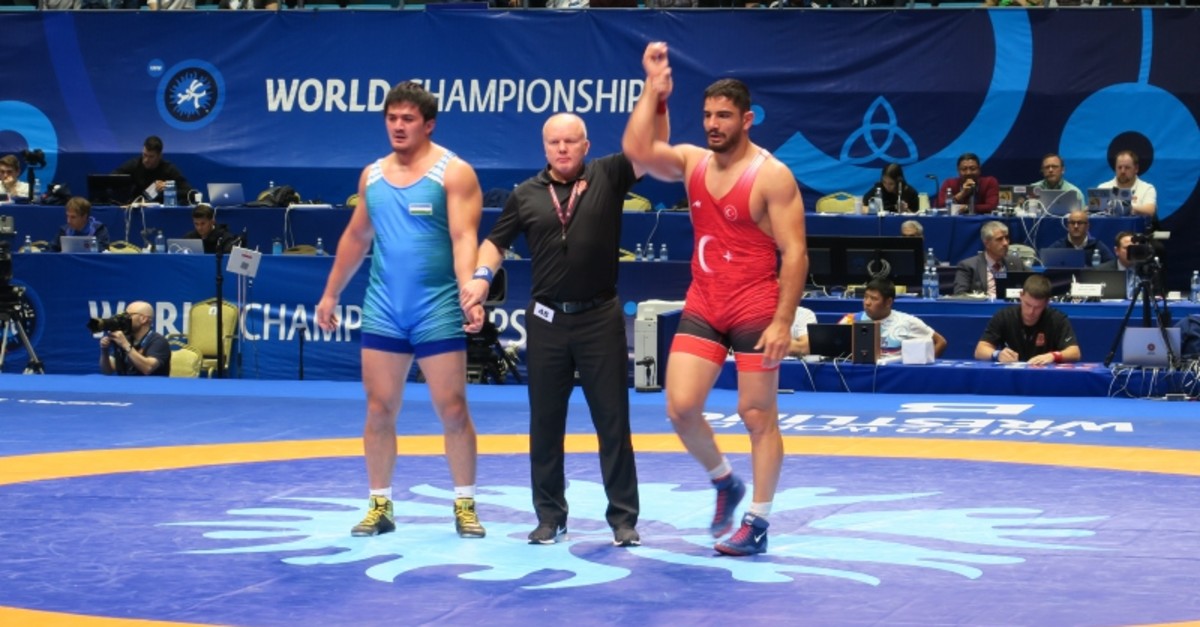 Propelled by his latest victory, Turkish wrestler Taha Akgül has earned a ticket to the finals in his weight class, as well as next year's Olympics in Tokyo.

On Friday, Akgül beat his Chinese opponent Zhiwei Deng 5-0 in the men's freestyle 125 kg semifinal to advance to the final.

On Saturday, Akgül will face off against Georgia's Geno Petriashvili in the men's freestyle 125 kg final at the World Wrestling Championships in Nur-Sultan, Kazakhstan's capital.

Following today's results, the Turkish wrestler also qualified to compete in the 2020 Summer Olympics in Tokyo.

The World Wrestling Championships in Kazakhstan will run through Sept. 22.