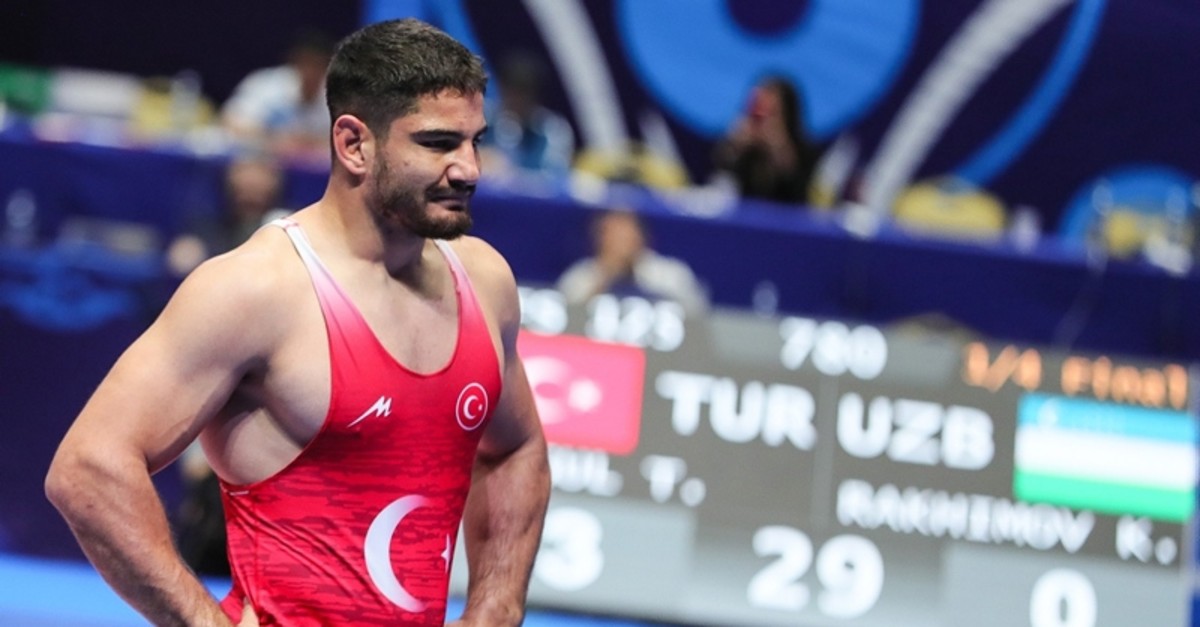 Turkish wrestler Taha Akgül brought home a silver medal from the World Wrestling Championships Saturday after a 6-6 tie with his Georgian opponent Geno Petriashvili in the men's freestyle 125 kg final.

Akgül also recently qualified to compete in the 2020 Summer Olympics in Tokyo after his semifinal win.

Akgül, 28, lost the final in the Kazakh capital Nur-Sultan with a 6-6 tie over Petriashvili.

Akgül had the 6-4 lead against Petriashvili but the Georgian athlete earned the advantage points in the last few seconds to level the match at Barys Arena.

Despite the 6-6 tie, 25-year-old Petriashvili became the world champion in Nur-Sultan.

The World Wrestling Championships in Kazakhstan will run through Sept. 22.

Petriashvili won the World Wrestling Championships three times in a row as he previously became the world no. 1 in Paris (2017) and Budapest (2018).

Akgul was decorated with silver medal in Paris as Petriashvili beat him in the 2017 final to get his maiden world title.

Even though Akgül lost Saturday's final in Nur-Sultan, he has already booked his place in the 2020 Summer Olympics in Tokyo.