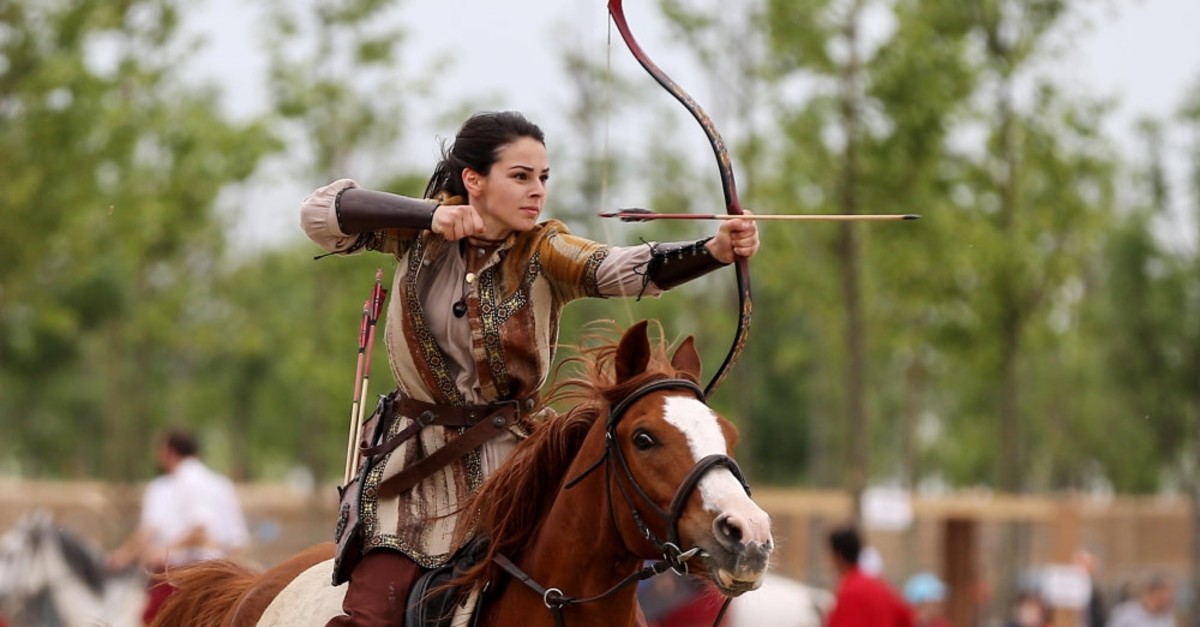 The Ethnosports Culture Festival, an event bringing together enthusiasts and performers of ancient sports, counts down to opening on Oct. 3 in Istanbul

This year's Ethnosports Culture Festival, an event that promotes ancient and traditional sports from around the world, will begin in Istanbul on Oct. 3.

The two-day event will be held at Atatürk Airport, which was turned into a major event venue after the construction of a new Istanbul Airport.

Athletes and performers from 16 countries, including newcomer Argentina, will attend this year's event. It is the brainchild of World Ethnosports Confederation led by Bilal Erdoğan, son of President Recep Tayyip Erdoğan.

The festival's motto is based on an old Turkish saying, "Pilavdan dönenin kaşığı kırılsın," (come hell or high water) symbolizing determination and resolve against all odds. The organizers expect a turnout of about 1 million visitors this year.

With the festival, the Istanbul-based World Ethnosports Confederation aims to promote traditional culture and sports against what organizers call industrialization of sports.

The confederation, an umbrella body for 18 federations from seven countries, has staged the event since 2016 and along with sports events. It also showcases the different customs of participating countries, from wedding ceremonies to rituals to welcome a newborn to the family, as well as their cuisines. Twelve ancient sports will be on display at the festival, including traditional archery, oil wrestling, gabardine wrestling, mounted javelin, aba wrestling, mas wrestling, mounted archery and Argentina's national sport pato, which combines elements of polo and basketball. Some 1,000 athletes and performers are expected to attend the festival.

The festival also allows visitors to take part in some sports, like archery and riding. A venue is dedicated to children where they can play traditional games. Turkic Yurts will also be built at the festival venue where every participating country will showcase their culture and cuisine.

Speaking at a press conference in Istanbul yesterday, Bilal Erdoğan said the festival was the result of their efforts to alleviate concerns that the cultural diversity in the world was fading away.

"Westernization after the Industrial Revolution made the world a monochromatic place and we are worried the cultural richness is going away and triggered conflicts between communities. We believe the contribution to traditional sports will also help this richness and we work to revive and keep alive traditional sports in Turkey and the world," said Erdoğan.