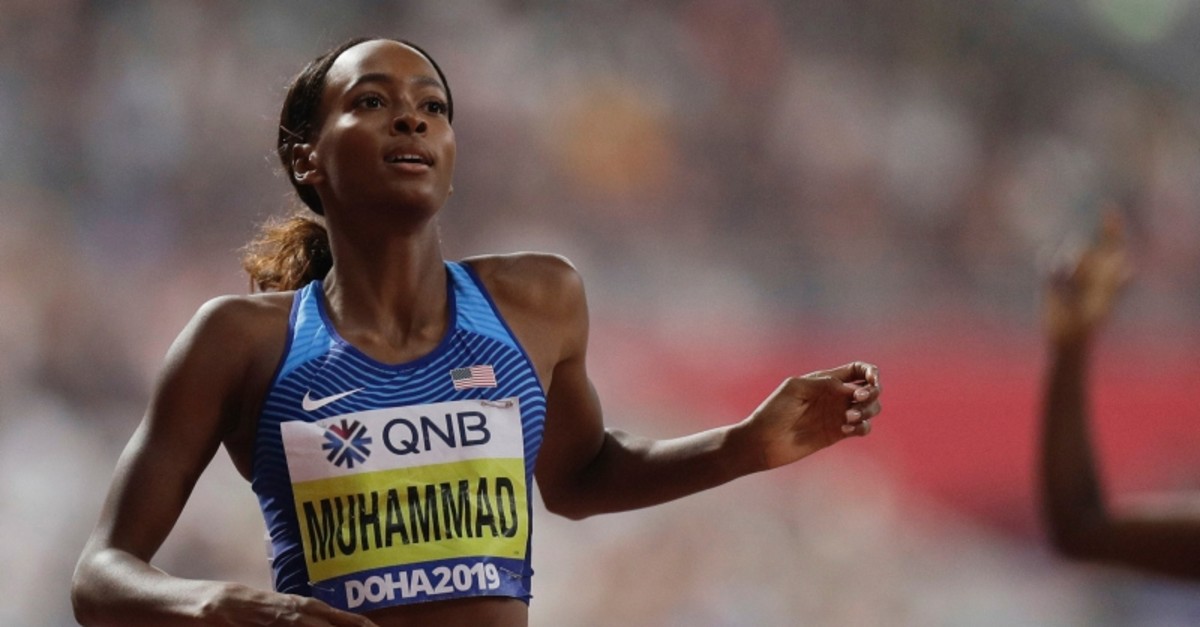 American Dalilah Muhammad broke her own world record to win the women's 400 meters hurdles at the world athletics championships with a time of 52.16 seconds on Friday.

Muhammad, 29, clocked 52.16 seconds, shaving four-hundredth off her own mark of 52.20 from July 28 at the national championships in Des Moines.

McLaughlin took silver in 52.23 for second on the all-time list, and the bronze went to Jamaica's Rushell Clayton in a personal best 53.74.