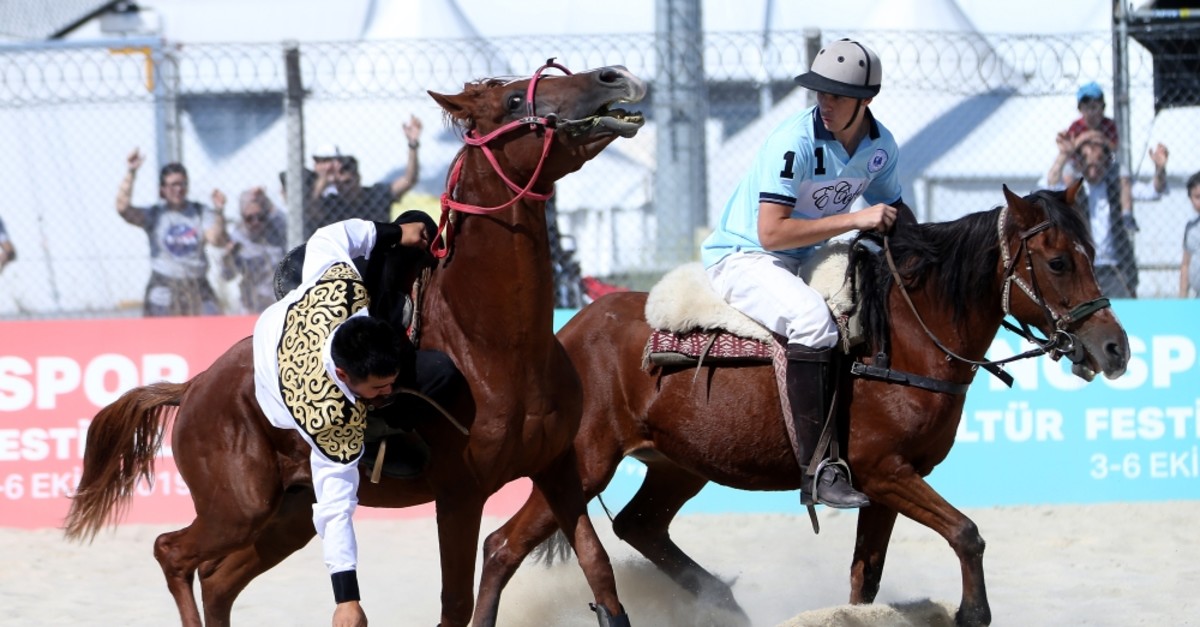 The 4th Ethnosports Culture Festival that kicked off Thursday is one of the biggest events to combine sports and culture in Istanbul.

It attracted a huge crowd on its first day and offers a great weekend experience to get familiar with new cultures and old traditions.

For four days, teams from each participating country have performed sports, from wrestling to mounted archery, in front of a large audience.

The second day of the festival opened with mounted javelin performance. It was followed by a kökbörü competition where riders tried to catch a "şikar" or a runaway goat from each other. A team from Azerbaijan performed horseback stunts while another team from Argentine introduced visitors to pato, a blend of basketball and polo.

In another part of the venue, wrestlers competed throughout the day in various disciplines of the sports, from aba and belt to oil wrestling, each distinct from one another and each have roots in the Turkic world. In another corner, visitors watched a ceremony to "welcome the bride" and a ceremony to celebrate the birth of a new child. In workshops, they learn and practice how to shoot arrows and if they are hesitant, they can watch professionals practice. The festival will end on Sunday evening.