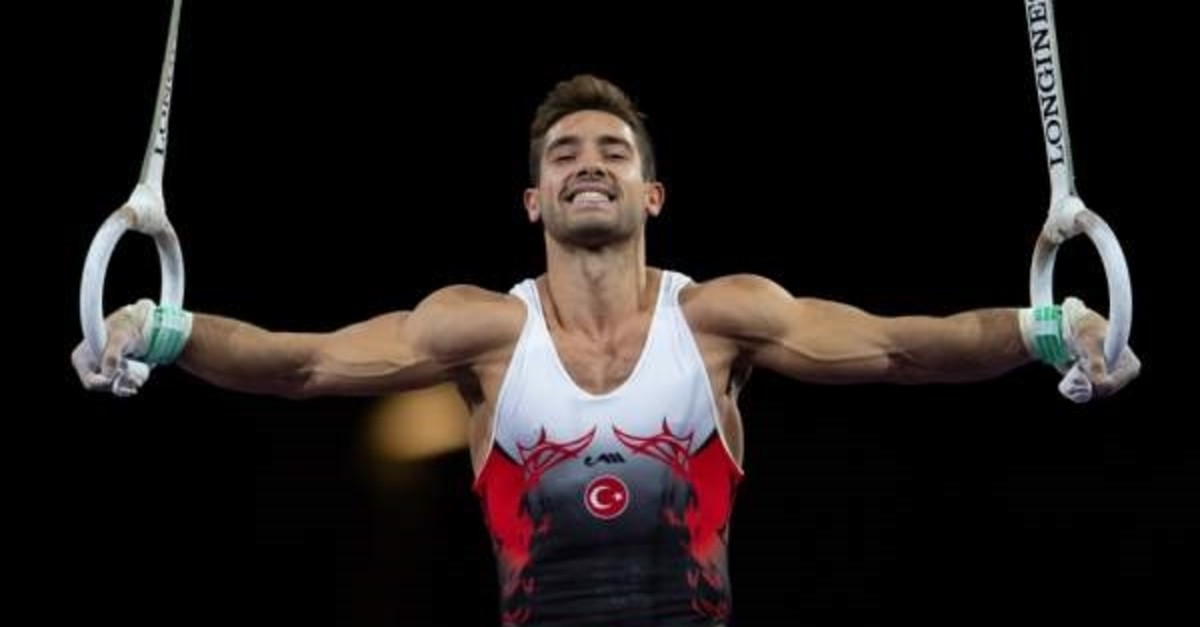 u0130brahim u00c7olak became the first senior Turkish gymnast to win worlds (EPA photo)
by Daily Sabah with AP Oct 14, 2019 1:14 am
Turkey’s record in gymnastics keeps improving thanks to a new generation of successful athletes. İbrahim Çolak made it to rings final in the World Gymnastics Championships in Stuttgart, Germany on Saturday while Ahmet Önder brought a silver medal for the country in parallel bars on Sunday.
Çolak, who made a name for himself in world gymnastics with “The Çolak” move he got named after himself, won gold in Saturday’s ring finals and became first Turkish athlete to win a world title in the event.
The 24-year-old, who won silver in last year’s European championships, secured the historic win with a score of 14.933, qualified for the Tokyo 2020 Olympics. Çolak hails from western city of İzmir like Ferhat Arıcan, who was the first Turkish gymnastics Olympian back in 2016.
Arıcan himself competed in parallel bars with Ahmet Önder and finished fifth while Önder grabbed a silver with 14.983 points. Thus, Turkey won two medals for the first time in a world gymnastics championships.
In other events, Simone Biles broke the all-time record for most medals by any gymnast at the world championships by winning the balance beam competition Sunday. It's the 24th world championship medal for Biles, breaking a tie on 23 with the Belarusian men's gymnast Vitaly Scherbo. Biles scored 15.066 on the beam after a near-flawless routine, opting for a simpler dismount than the double-double she performed earlier in the championships. China took silver and bronze with Liu Tingting on 14.433 and Li Shijia on 14.3, respectively.
It's the fourth victory for Biles at these world championships after team gold Tuesday, individual all-around gold Thursday and vault gold Saturday. A fifth place on uneven bars Saturday ended Biles' chances of winning a medal in all six events, which she did last year in her comeback world championships after a sabbatical in 2017. Of her 24 career world medals, 18 are gold, against 12 of 23 for Scherbo.
Last Update: Dec 20, 2019 1:03 am
RELATED TOPICS