One gold, two silver medals for Turkey in boxing 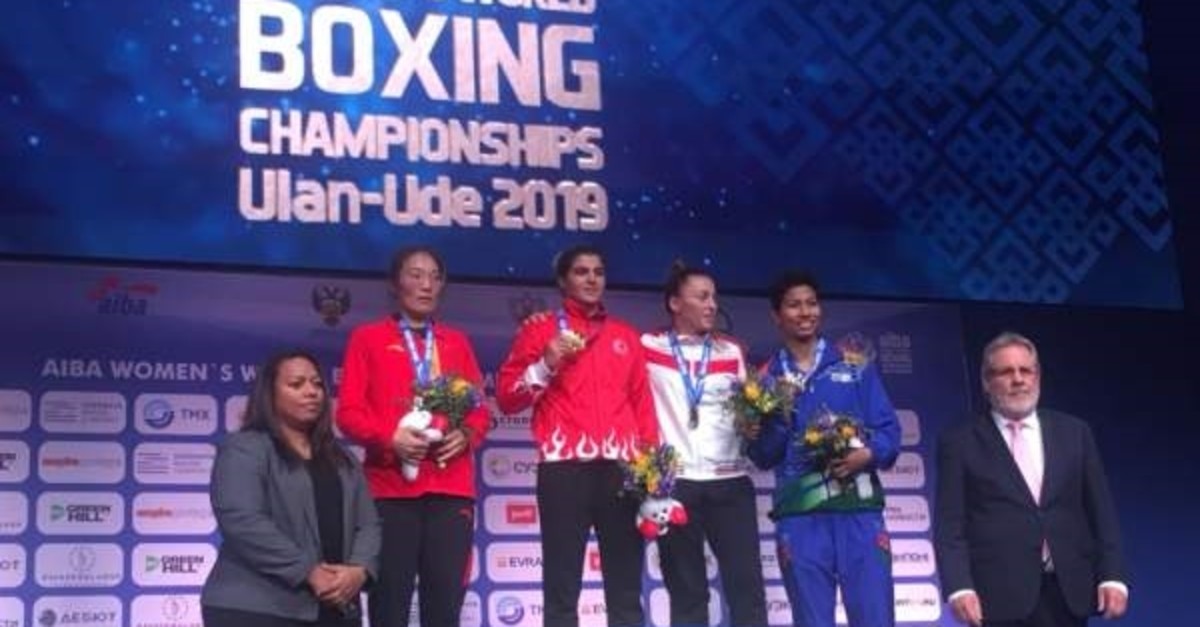 Busenaz Su00fcrmeneli (C) defeated Liu Yang to win gold, Ulan Ude, Oct. 13, 2019. (AA Photo)
by Daily Sabah Oct 14, 2019 1:14 am
Three Turkish female boxers made it to the finals on Sunday in the AIBA Women’s World Boxing Championships in Russia’s Ulan Ude. However, only one secured a gold medal while the two other athletes concluded the prestigious event with silver medals.
Busenaz Sürmeneli knocked out China’s Liu Yang in the women’s welterweight division with a supreme performance throughout three rounds.
The teary-eyed 21-year-old boxer, who won her first senior boxing world title, gave a military salute after her bout in support of Turkish soldiers who are in Syria on a counter-terrorism operation.
Buse Naz Çakıroğlu, who reached the finals by defeating six-time world champion Mary Kom of India, lost to her Russian rival Liliya Aetbaeva in the women’s fly weight division.
Elif Güneri, who squared off against Russia’s Zenfira Magomedalieva in the women’s light heavyweight division, also ended the tournament with a silver medal.
Last Update: Dec 20, 2019 1:03 am
RELATED TOPICS