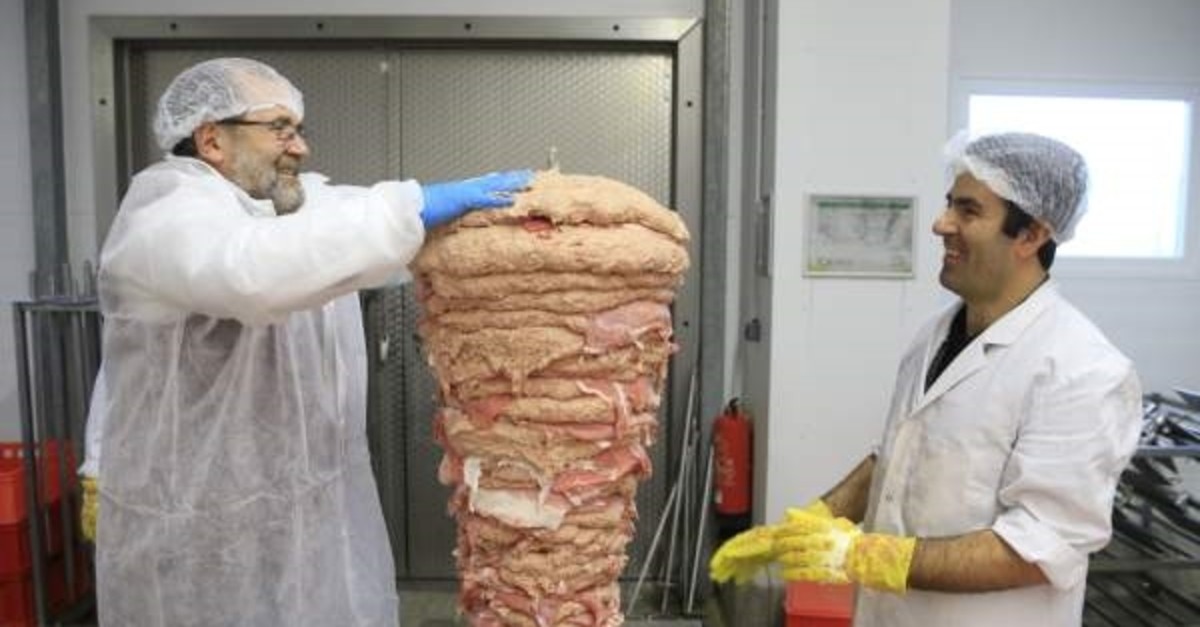 Hasan Babur (L) runs a successful du00f6ner kebab factory in Germany and exports to many European countries.
by Oct 14, 2019 1:14 am
Hasan Babur only sought to advance his taekwondo career when he migrated to Germany in 1987. He probably never imagined to be a successful tycoon but today, he is among the primary exporters of the famous döner kebab from Germany to all across Europe. His success story is among many for Turks in Germany, which hosts the largest Turkish expatriate community in Europe.
Babur was more interested in martial arts than kebab but fate forced him to take up a job in a popular döner kebab sector in Germany. In a few years, he managed to set up a business on his own and opened his own kebab production business in 1990. Today, as the owner of Baha Doner, Babur exports the delicious dish to the Netherlands, Poland, the Czech Republic, Belgium and Sweden while it is sold in kebab shops across the country. His factory employs 70 people and Baha Doner is among the most stable businesses in the sector which spread across Europe since döner kebab was first introduced in Germany in the 1970s. “The sector employs more than 300,000 people and has a turnover of more TL 5 billion. Multinationals look for a share in the market but we keep improving our quality so as not to lose the edge over our competition. We have the most modern döner kebab factory in Europe,” he said.
He says Turkish migrants began setting up businesses in Germany in the 1980s and went on to create a business ecosystem. “Now, the Turkish youth is braver in new enterprises and I believe they will be more successful than us. Turks were mostly doing business in the food sector in the past but now they are present in every sector, from automotive and construction to biotechnology,” he said. Babur said that as a migrant businessman, he advises younger migrants to always be knowledgeable about the laws of the country they have migrated to and “absolutely” pursue a university education.
Last Update: Dec 20, 2019 1:03 am
RELATED TOPICS