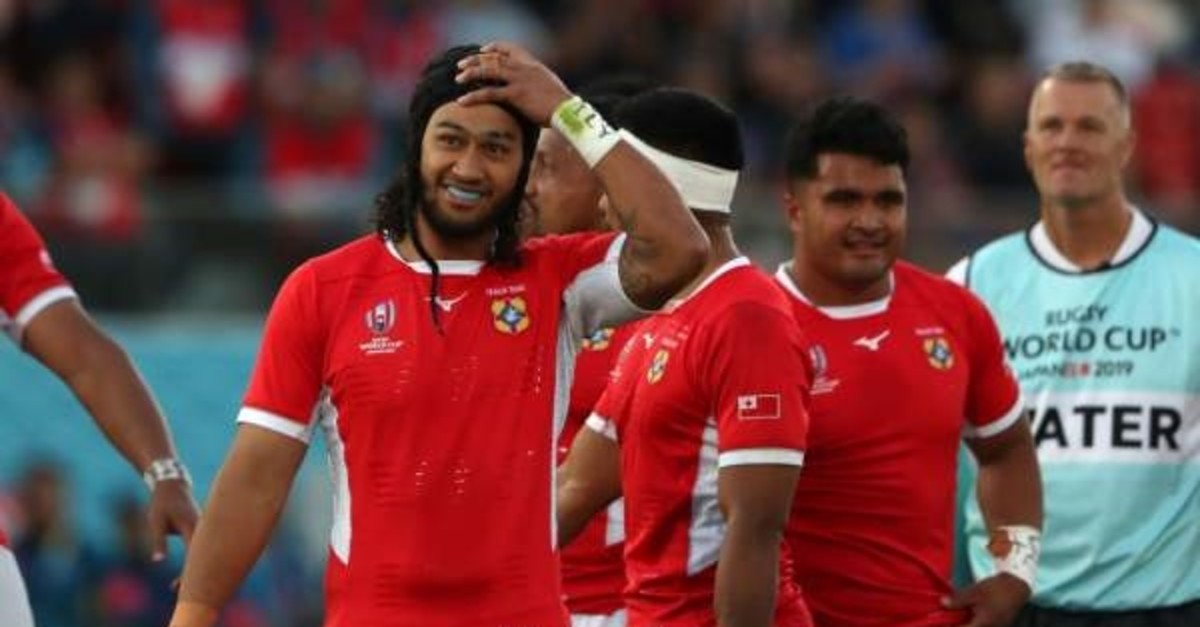 Tonga beat the United States 31-19 on Sunday to avoid finishing last in Pool C at the Rugby World Cup, helped by a farewell try from retiring captain Siale Piutau on his birthday. Piutau scored Tonga's third try with just under 20 minutes to go. Fullback Telusa Veainu skipped in to dive on a chip through after the final gong to seal victory after the U.S. forced a nervous finish. U.S. flanker Tony Lamborn's score up against the post with three minutes to go closed the gap to five points and made it interesting. Tonga went back down the other end and Veainu, guilty of throwing away a couple of tries earlier, finally got it right and sealed it. The Tongans leave Japan with a win and avoid a sixth straight loss at Rugby World Cups, which would have been a national record. The U.S. didn't avoid a 10th straight defeat, which equals their worst run at the Rugby World Cup.
The Americans have gone through two entire World Cups without winning a game. Both teams were eliminated from contention at this World Cup and seeking their first win of the tournament.
Last Update: Dec 20, 2019 1:02 am
RELATED TOPICS