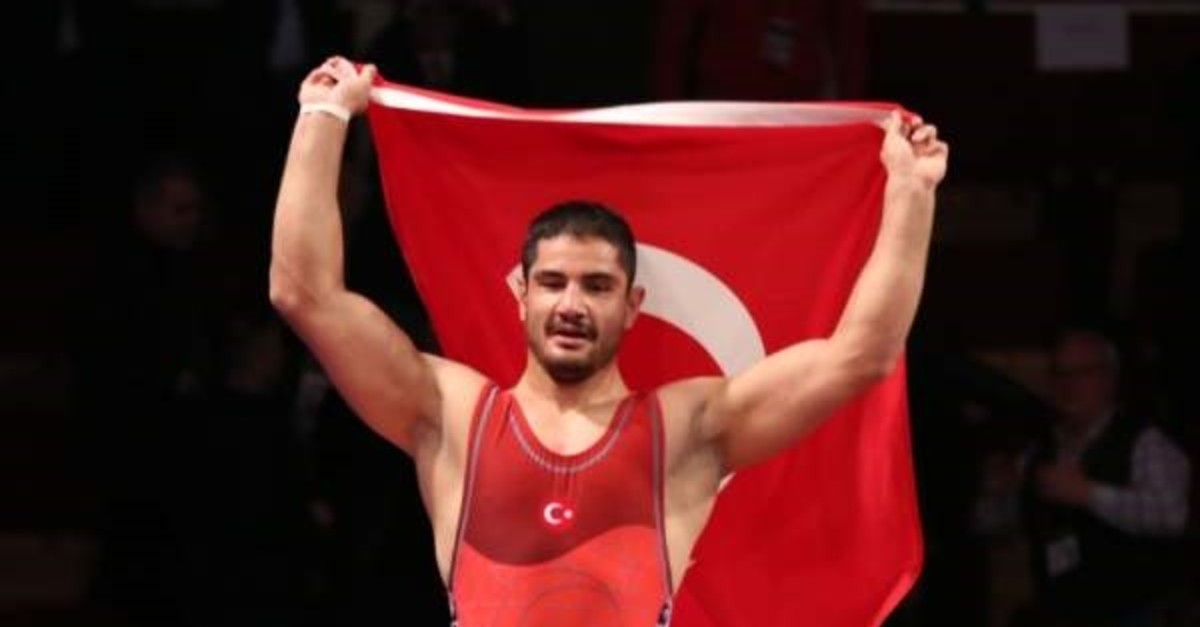 Seven-time Europe champion Taha Akgu00fcl is among the wrestlers who will compete in China (AA Photo).
by daily sabah Oct 14, 2019 4:31 pm

Forty Turkish wrestlers, including those with World and European titles, enlisted in the Turkish Armed Forces (TSK) to compete in the seventh edition of the International Military Sports Council (CISM) World Games, an Olympic event where soldiers compete.
Wrestlers, including Taha Akgül and Rıza Kayaalp, will compete against soldiers from other countries at the event that will start in China’s Wuhan on Oct. 16.
The wrestlers were required to enroll in the army and the team collectively signed up at a military barrack in the capital Ankara Sunday.
“Our country faces challenges and our military is in Syria for a national struggle. We hope to represent Turkey and win medals in China in these challenging times,” Akgül told Demirören News Agency, referring to Turkey’s Operation Peace Spring against terrorists in northern Syria.
Akgül, who won a silver medal in the latest World Wrestling Championships last month, is a seven-time European champion.
Former world champion Rıza Kayaalp will compete in the 130-kilogram Greco-Roman category while Akgül will join Soner Demirtaş, Selahattin Kılıçsallayan and Fatih Yaşarlı in freestyle wrestling.
Last Update: Dec 20, 2019 1:03 am
RELATED TOPICS