A course of one's own: Star athlete braces for European contest 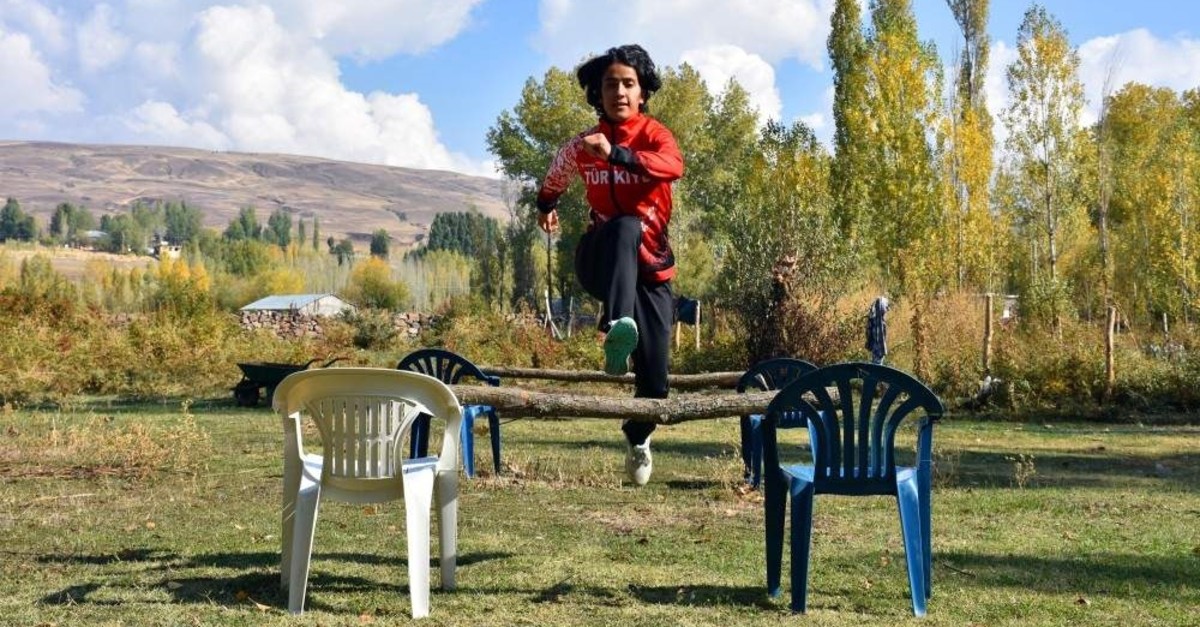 Derya Kunur is a multiple steeplechase record holder in Turkey but family comes first for the young girl. So, when she couldn't leave the village where her family lives in eastern Turkey, she had to improvise on training for an upcoming European competition.

The 20-year-old placed a few plastic chairs and sticks on the courtyard of her family home in Altınova, a village in the eastern province of Muş, so she wouldn't miss a day without training. Once done with training or before it, she helps her mother with chores and tends the livestock.

Studying physical education in college, Kunur is as resolved as she has been while breaking four national records in her category. She is preparing for December’s European Cross Country Championships to be held in Lisbon.

Kunur took up athletics eight years ago on the advice of her physical education teacher and indeed, found her calling in the sports. She broke the national record in the juniors’ category and bagged medals in local and international competitions.
Her next goal is to claim gold in the 6,000-meter steeplechase in Lisbon. Her track record shows she is well accomplished to achieve it.
Kunur broke her first record two years ago when she completed a 3,000-meter steeplechase race in Turkey Championship in 10 minutes, seven seconds and 92 milliseconds. She followed up with a personal best of 10:05.34 last year in Finland. More records followed in different competitions in Turkey.

The young athlete has the opportunity to train in a professional facility, under the supervision of professional trainers, in central Muş where she attends university but when back in her village she has to rely on her mother and sister. A few sticks placed on chairs is all she needs.
“I want to represent Turkey the best way I can and my next goal is to qualify for the Olympics,” she told Demirören News Agency.
Kunur says she has to train in the village while on holiday. “But I never miss my training. I help my family after training. They are my biggest fans and supporters. I am grateful to them for helping me accomplish my goals and encourage me to continue steeplechase,” she says.

“She was talented even as a child. I remember her running around all the time. We are proud of her,” her sister Elif says. “We've always supported her. We wish all the other girls to be as determined as her. Girls can accomplish anything if they are given a chance. All families should support their daughters,” she added.