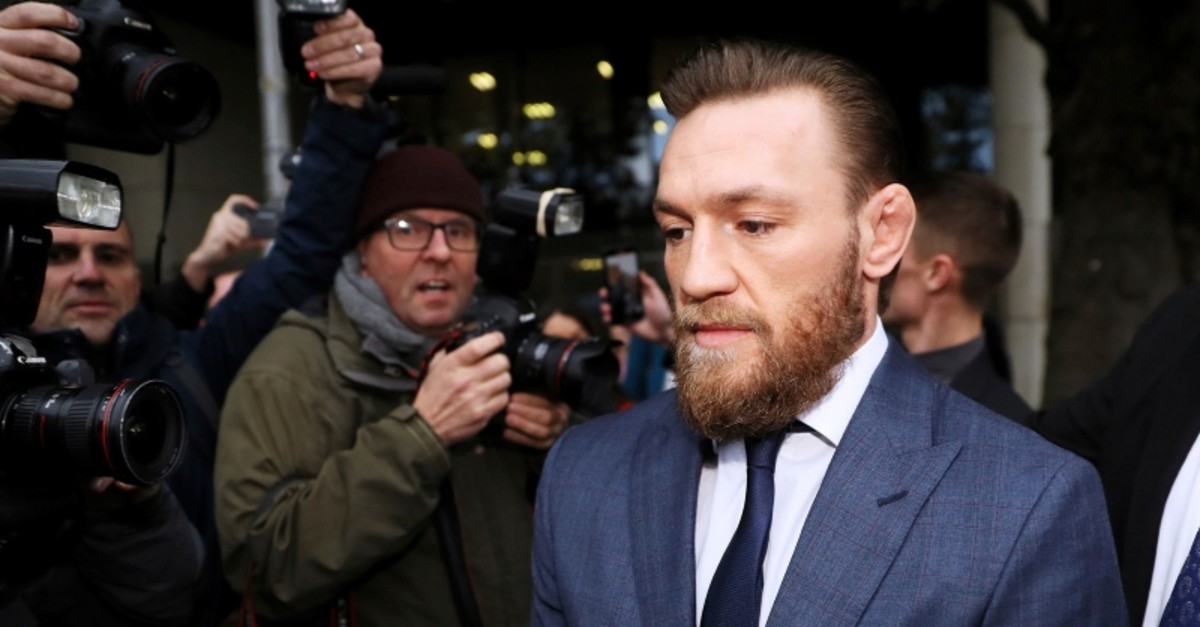 Irish mixed martial arts fighter Conor McGregor was convicted Friday of assault for punching a man who refused a shot of whiskey from him in a Dublin pub in April and was fined 1,000 euros ($1,117).

“What I did was very wrong. I would like to apologize again to the injured party ... and assure you that nothing of this nature will happen again,” said McGregor, dressed in a navy suit and tie.

McGregor’s solicitor Michael Staines asked the court to give McGregor “one last chance” and said a criminal conviction could lead to a refusal of a visa to the United States and create “very severe difficulties” for McGregor’s career.

McGregor, who declined to comment to the media after the hearing, last week announced plans to return to the UFC octagon in Las Vegas on Jan. 18 against an opponent he declined to name.

He said he wants three fights in 2020, including rematches with Nate Diaz and Khabib Nurmagomedov, who defeated the Irishman in a lightweight title bout last year, the Irishman’s most recent MMA fight.

The court heard that McGregor went to a bar he frequents close to Dublin city center and bought a bottle of Proper Twelve whiskey, a brand he founded, and poured drinks for customers sitting at the bar.

One customer, Desmond Keogh, who McGregor did not know, twice refused a drink by moving the glass away. McGregor twice placed the drink back in front of him, the court heard.

Several minutes later he returned to the man, who was facing away from McGregor and punched him, a video is shown in court showed.

Keogh said in a letter submitted to the court that he accepted McGregor’s apology and did not want to submit a victim impact statement.

McGregor was charged in a separate case in April 2018 with three counts of assault and one count of criminal mischief after police said he attacked a charter bus in New York carrying UFC fighters.

He pleaded guilty to a reduced disorderly conduct charge in that case.