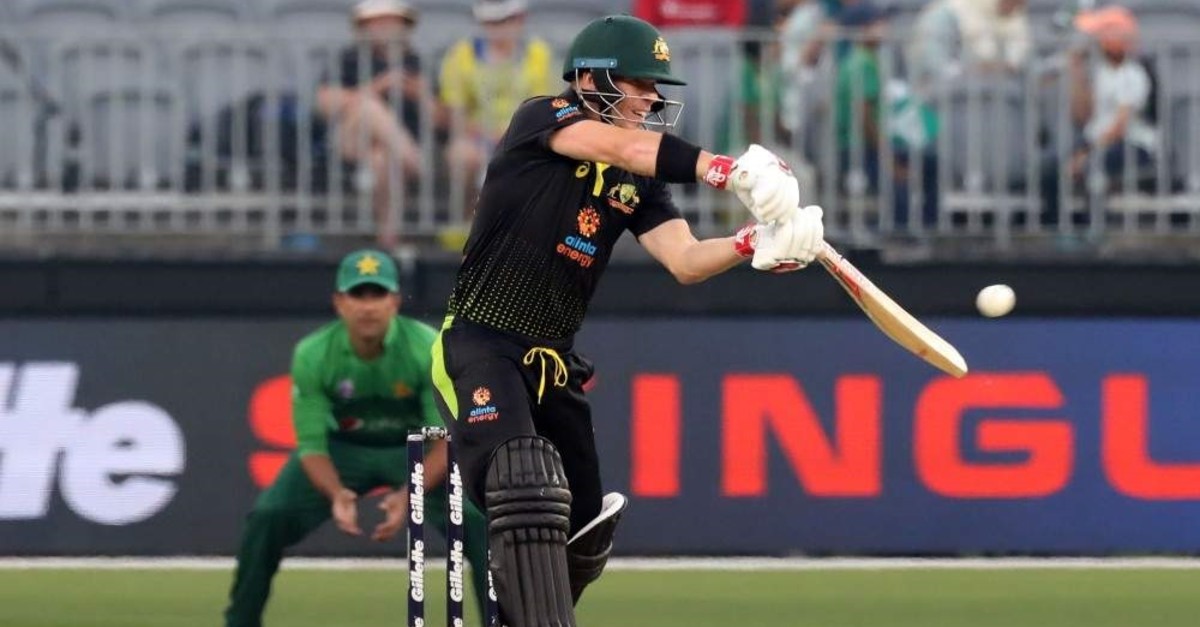 Australia clinched the three-match series against Pakistan 2-0 and won its eighth straight T20 game Friday, beating the visitors by 10 wickets.
Openers David Warner and Aaron Finch were untroubled at the crease, with Finch's boundary on the final ball giving him 52 runs from 36 balls. Warner had 48 runs from 35 deliveries as Australia scored 109 without loss in 11.5 overs.
Earlier, Mitchell Starc took advantage of a green-tinged pitch to help Australia restrict Pakistan to 106-8 after being sent in to bat by Finch. Starc took the key wicket of Pakistan captain Babar Azam, then hit the stumps of No. 3 Mohammad Rizwan to be on a hat trick in only the third over. Haris Sohail survived the hat trick ball but the damage was done, with Iftikhar Ahmed (45) Pakistan's only batsman to make a significant contribution.
Starc took 2-29 while Kane Richardson had 3-18 on a bouncy pitch. "Our bowlers have done the job this series, so full credit to them," Warner said.

Babar, the world's No.1 T20 batsman, scored only six before being trapped lbw by Starc, with the decision confirmed on video review. Seamer Sean Abbott (2-14), representing Australia for the first time since 2014, fell to his knees and pumped his fists after dismissing Imam-Ul-Haq with a short-pitched delivery which the opener top-edged to Ben McDermott at midwicket.
Abbott was named man of the match. Steve Smith hit an unbeaten 80 off 51 balls to lead Australia to a seven-wicket win over Pakistan in the second Twenty20 on Tuesday in Canberra. The first match was a no result because of rain in Sydney. Smith didn't need to bat Friday but was awarded the player of the series.
"It was nice to score a few the other day, and be consistent," Smith said. Raza Rashid was playing his first series as Pakistan captain. "Warner and Finch batted very well, and hopefully our bowlers can learn from that," Rashid said through an interpreter.

The teams will now play two test matches, the first beginning in Brisbane on Nov. 21 and the second, a day-night test, from Nov. 29 at the Adelaide Oval.