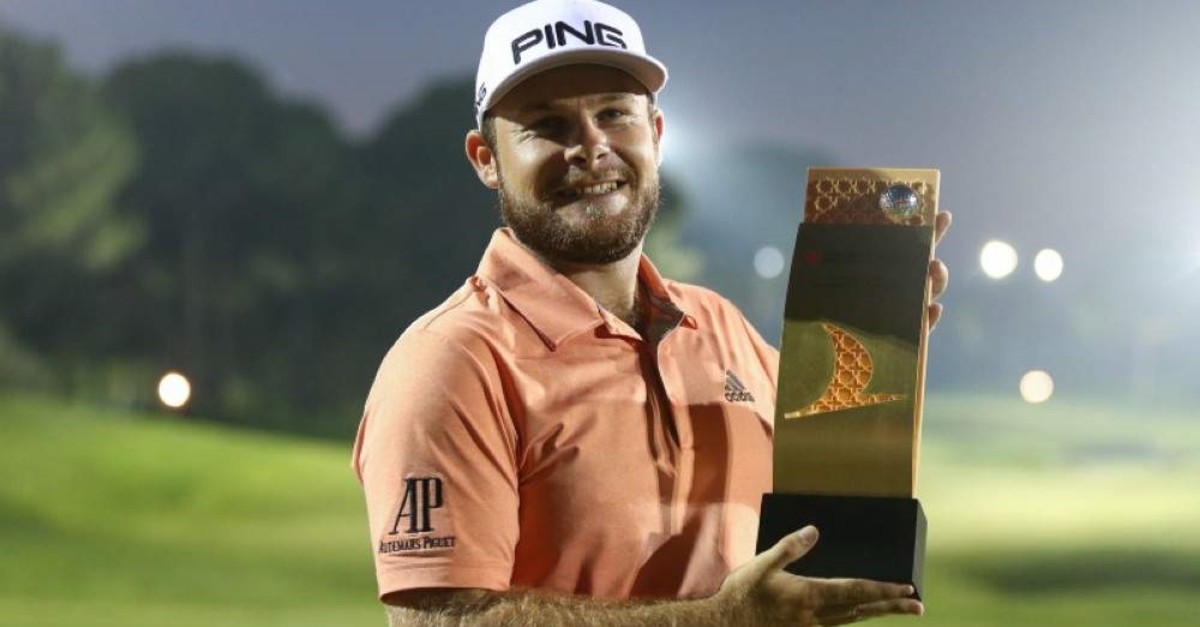 Tyrrell Hatton is the winner of this year's Turkish Airlines Open Golf Tournament. (AA Photo)
by Associated Press Nov 10, 2019 10:18 pm
England's Tyrrell Hatton won the Turkish Airlines Open on Sunday after a record-equaling six-man playoff that finished under floodlights.
Hatton defeated Matthias Schwab with a par on the fourth extra hole to win his fourth title in memorable circumstances in Antalya.
Earlier, Hatton (67), Schwab (70), American Kurt Kitayama (64), French pair Victor Perez (65) and Benjamin Hebert (67), and South Africa's Erik Van Rooyen (65) had all finished tied on 20 under to set up the third six-man playoff in European Tour history.
Schwab had led by three shots going into the final round as the 24-year-old Austrian chased his first European Tour title.
Patrick Reed started the day tied for second after two straight 7-under 65s at the Montgomerie Maxx Royal. On Sunday he shot 71 — just as he did in the first round — to finish tied for 10th on 16 under.
Two-time defending champion Justin Rose (68) ended in a tie for 21st on 13 under.
Players were sent out in two playoff groups of three on the par-five 18th and Van Rooyen was the first man eliminated after a wayward drive led to a bogey six.
Hatton looked in danger of an early exit as well after a clumsy third shot from the back of the green, only to then chip in from 40 feet for an unlikely birdie that was matched by Kitayama.
Last Update: Dec 20, 2019 1:35 am
RELATED TOPICS