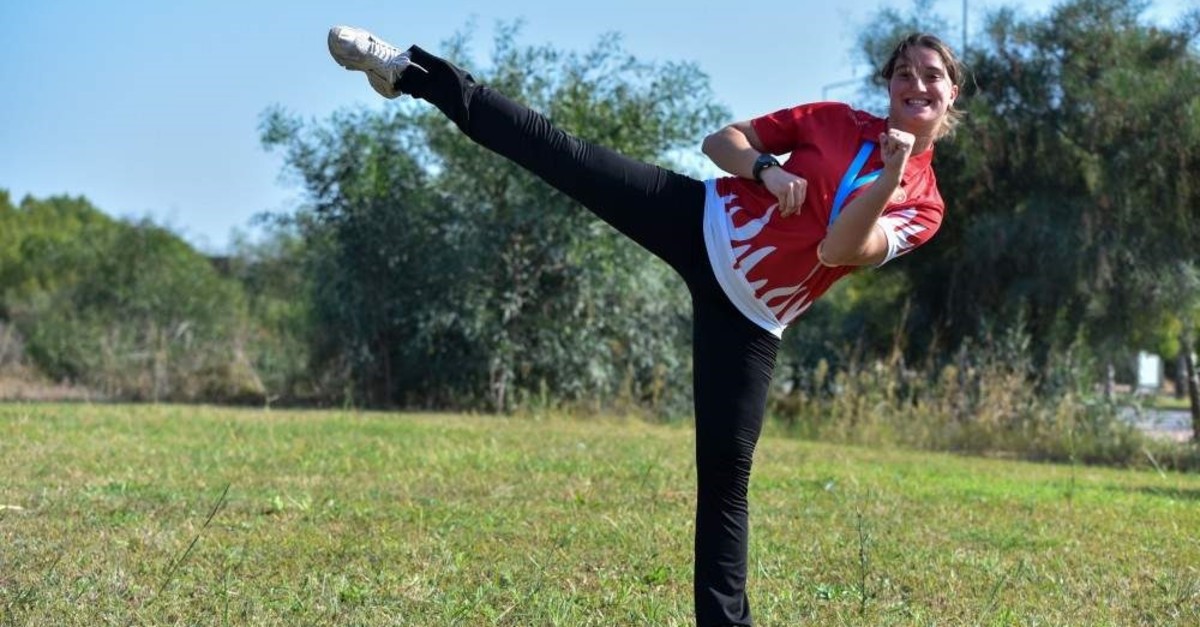 After winning multiple local and world titles with the Turkish national Deaf Karate Team, Melek Özkaya, a national athlete with innate hearing impairment of some 71%, is now eyeing Olympic success.

Özkaya lives in northwestern Turkey’s Kocaeli province. She was born in a deaf family like herself and learned to speak with special education. Özkaya was interested in volleyball before she started a career in karate four years ago on the advice of a friend.

The 23-year-old athlete told the Demirören News Agency (DHA) that she intends to participate in the Hearing Impaired Olympic Games in 2021. “It's my dream to win Olympic gold. I want to win more championships and gold medals in karate,” she added.

Winning several other championships across the competitions held in Turkey, Özkaya also inspired her hearing-impaired husband to take up karate, who unfortunately later gave up.

Özkaya is currently preparing for the World Karate Championship for the Hearing Impaired which is to be held in Malaysia next year.