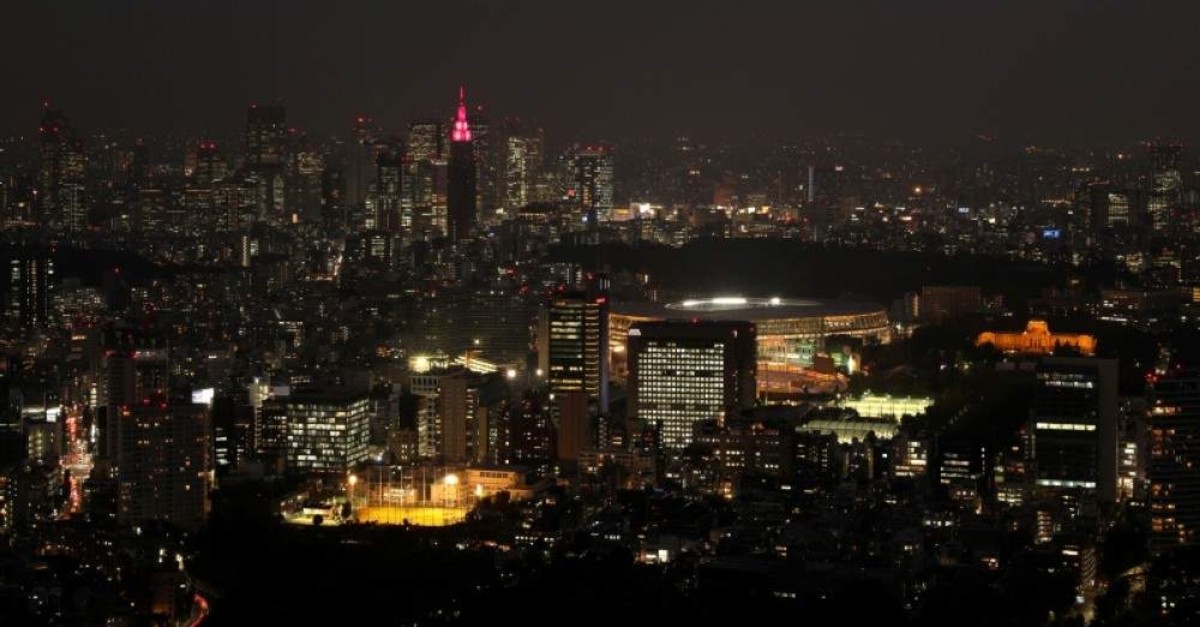 A view of the Olympic stadium from Roppongi, Tokyo, Japan, Oct. 31, 2019. (REUTERS Photo)
by Nov 19, 2019 1:31 pm
Construction has finished for Tokyo's National Stadium, set to be the centerpiece of next year's Olympic Games, the site's owners said Tuesday.
The Japan Sport Council said the last bit of construction was completed Thursday with just the final quality and safety checks remaining before the stadium opens next month.
It will be officially unveiled on Dec. 21, with the Emperor's Cup soccer final being the first sporting event to be held there on New Year's Day.
Completed at a cost of more than $1.25 billion, the stadium, which can accommodate 60,000, will also host athletic and soccer events during the games.
Construction started in December 2016, about 14 months later than planned, after the original design was scrapped because of public outcry over spiraling costs.
The delay meant the stadium could not host matches of the Rugby World Cup, as originally planned.
The National Stadium is one of eight new venues to be used at the Tokyo games. All of them are either completed or scheduled to be finished before the event.
The Tokyo Olympics will run from July 24 to Aug. 9.