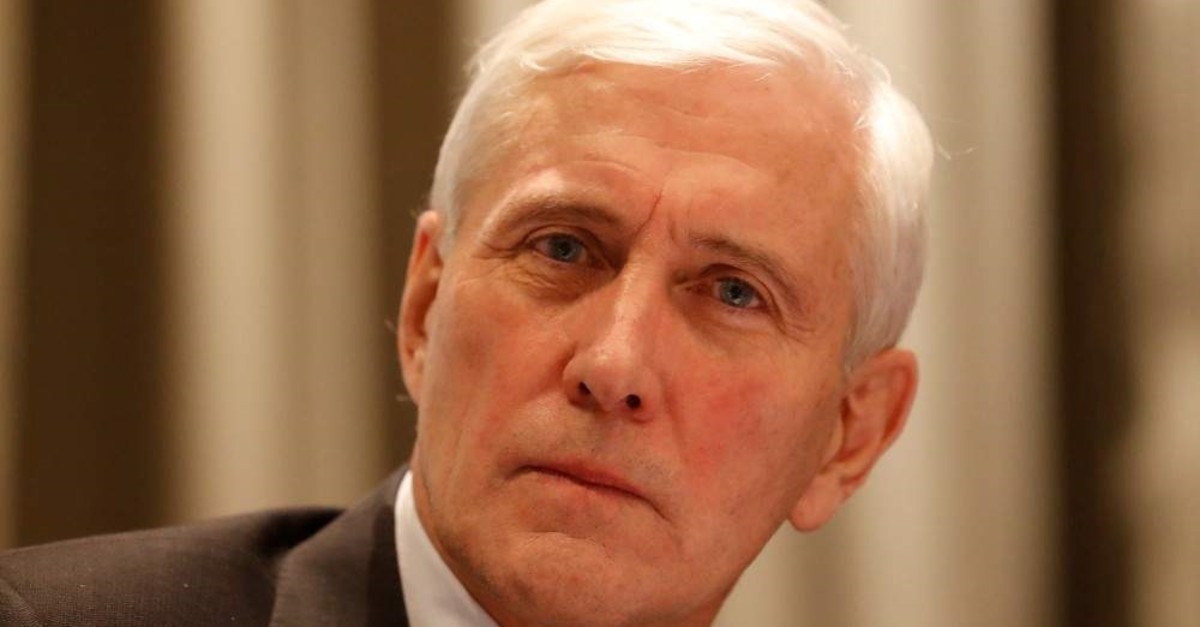 Head of the IAAF Task Force Rune Andersen during a press conference in Monaco, Nov. 22, 2019. (Reuters Photo)
by Nov 22, 2019 11:07 pm
The global governing body of athletics on Friday suspended the reinstatement process for Russia pending the resolution of charges imposed on its athletics federation for violating anti-doping rules, dealing a blow to the country's Olympic hopes.
Russia's athletics federation has been suspended since 2015 over a doping scandal and had hoped to be reinstated by the sport's governing World Athletics, formerly the IAAF. Four years into the suspension, however, the reinstatement process for the federation was halted and it is at risk of being expelled completely from World Athletics after its president and a string of federation officials were provisionally suspended for violating anti-doping rules.
"The council immediately suspended the Rusaf (Russian athletics federation) reinstatement process pending the resolution of the charges," said Rune Andersen, the chairman of the World Athletics taskforce overseeing Russia's reinstatement.
The Athletics Integrity Unit (AIU), which oversees integrity issues in athletics, including doping, on Thursday suspended federation president Dmitry Shlyakhtin and six other people for what it said were serious breaches of anti-doping rules. The violations relate to an investigation into whereabouts violations committed by Russian high jumper Danil Lysenko, which the AIU said the officials had obstructed. The officials, the AIU said, provided false explanations and forged documents to explain three whereabouts violations by Lysenko.
"RIGHT DECISION"
World Athletics President Sebastian Coe said the Council had made the right decision by endorsing the taskforce's recommendations.
"It's a very clear one," he said.
Andersen added that the taskforce would recommend sanctions that should be imposed on the federation if it is found to have breached its obligations. It will also decide whether the Council should consider the expulsion of the Russian athletics federation from World Athletics altogether.
The Russian athletics federation had no immediate comment, saying it will address the decision by World Athletics on Saturday when its presidium convenes in Moscow to name an interim president. Andersen said the taskforce would also review the process World Athletics has used to determine which Russians can compete internationally as neutrals. Despite the federation's suspension, World Athletics has since 2016 allowed certain Russians, including three-times world champion Maria Lasitskene, to compete internationally as neutrals after having demonstrated that they are training in a doping-free environment.
Andersen said the taskforce would determine "whether that mechanism can and should continue to be used given the above developments."
The suspension of Russia's reinstatement process comes as the World Anti-Doping Agency (WADA) is set to decide next month on the status of Russian anti-doping agency RUSADA after Moscow allegedly provided it with doctored laboratory data.