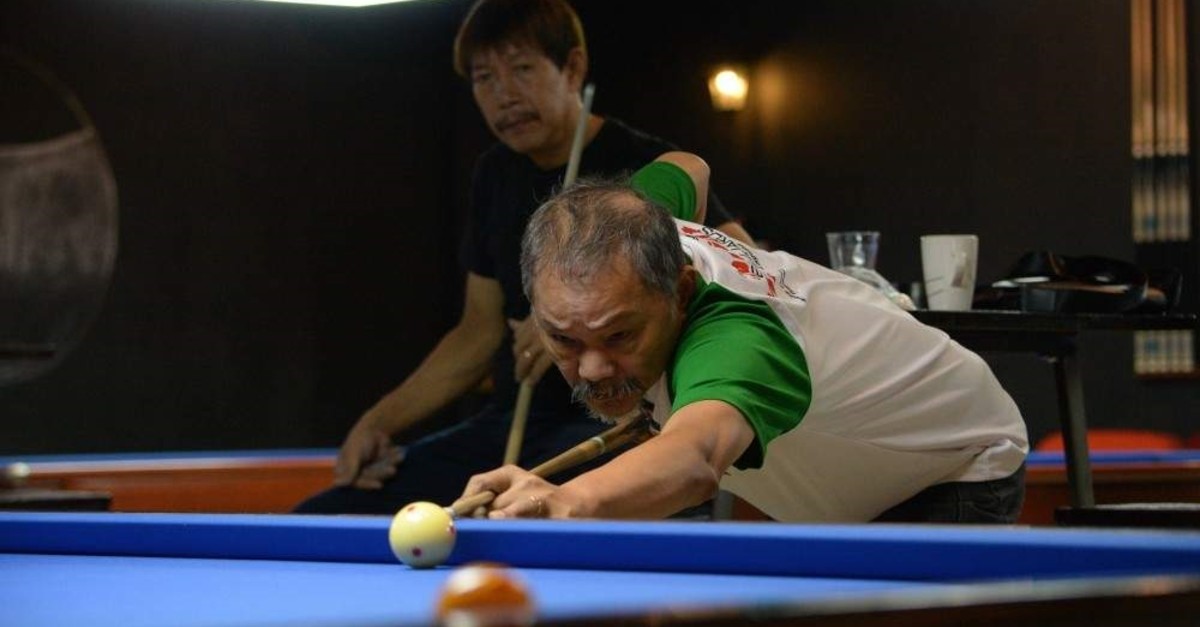 Pool isn't just a game in the Philippines but a way to make a living, driving a fiercely competitive scene that has produced some of the world's top players. The game played in dirt-floor pool halls with bumpy tables in thousands of little towns has provided an escape route from the grinding poverty endured by millions. Though competition is ferocious from places like Taiwan and China, the Philippines is today the only country with a man and woman shooter in the top five of the World Pool-Billiard Association rankings.

"If you miss that shot, you might not eat," said Ted Lerner, a U.S.-born journalist who has made a life in the Philippines, summing up the pressure they play under.

It means the Philippines will be well placed for the billiards, pool, snooker and carom events at the Southeast Asian Games, starting in and around Manila this week, where 10 gold medals are on offer. Perhaps the best example of the Philippine tradition is Efren 'The Magician' Reyes, a former world champion in both eight-ball and nine-ball pool and considered one of the best to ever pick up a cue. The eighth child in a poor family of nine siblings, he left his hometown north of Manila to live with his uncle who owned a pool hall in the capital. He started playing at eight years old, looking for a way out of poverty.

"I saw my uncle win cash after playing billiards and I realised I can earn a living from here," 65-year-old Reyes told AFP, between shots at a Manila pool hall. He rose to prominence playing for money and hustling in the United States, and was part of the so-called "Filipino invasion" that took over the sport in the 1980s. "They call the Philippines the pool capital of the world," Marissa Guinto, sports psychologist and professor at the University of the Philippines, told AFP.

"Even the Americans... have a hard time competing against Filipinos," she added.

The incubator that produced these players goes back to the 1900s when American soldiers stationed in the Philippines played pool as a pastime, and fueled the game's growth. As pool spread, so did the practice of betting on the matches. As a result, the game was picked up by Filipinos who were literally starving for a win.

"We couldn't find money for our everyday food," Carlo Biado, the men's number four in WPA rankings, told AFP. "I started with just 20 peso bets ($0.39) and I eventually made a living out of billiards," said Biado, 36.

Biado won the world nine-ball title in 2017 and broke the Philippines' seven-year championship drought in the event.

The success of Filipino shooters has changed the perception of pool as a poor man's game, and helped build future world champions like Biado and Rubilen Amit, ranked the third best female player in the world, who grew up watching pool on TV. One of the watershed moments was Reyes winning the world nine-ball title in 1999, a match televised live back home.

"It really opened the consciousness of Filipinos that it's a legitimate sport. A lot of Filipinos gravitated towards that," Guinto, the sports psychologist, said.

Amit started out working in her family's cargo logistics business, but when it hit the rocks financially she turned to pool.

"Basketball was my first love, but I am not tall enough. So I pursued billiards," Amit told AFP, echoing the national obsession with hoops. "Playing billiards helped my family. In 2009, I was blessed to win the world championships and be given financial blessings. That's how we recovered," Amit, 38, said. The win-or-go-hungry attitude is key, but players may also get a boost from the nation's legion of iffy pool tables.