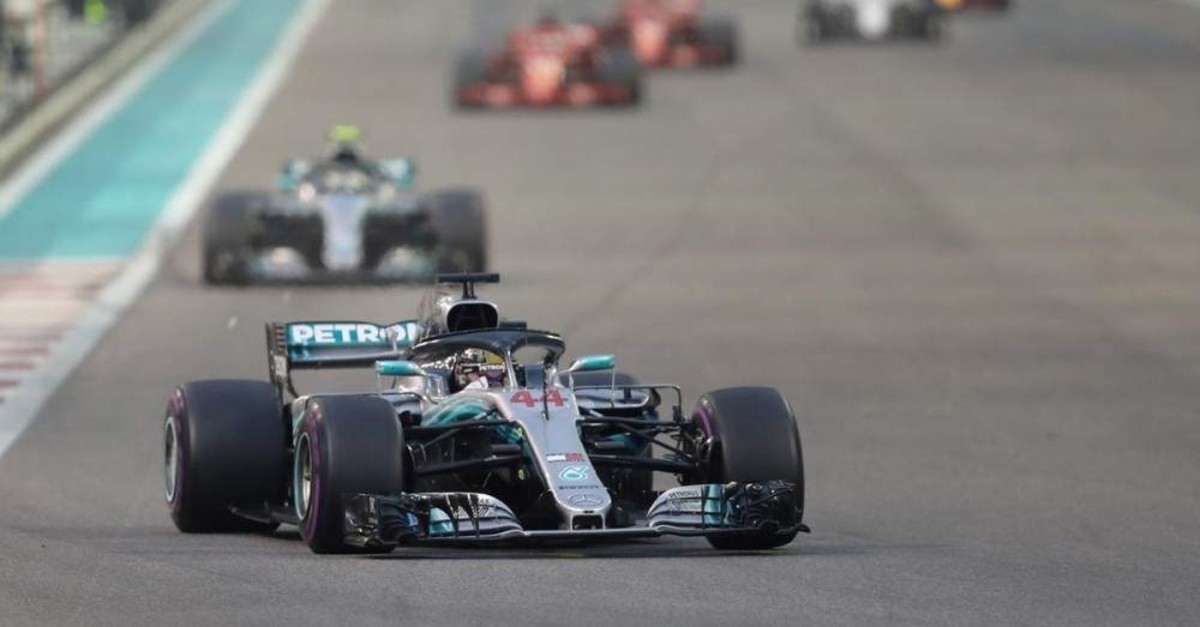 Lewis Hamilton heads into this weekend's season-ending floodlit Abu Dhabi Grand Prix seeking to mark his 250th Formula One race with a memorable performance as Mercedes bids to bounce back from an off-form outing in Brazil.

The six-time world champion, whose future beyond 2020 when his current contract expires has been a subject of intensifying speculation, has conceded that he faces a battle next season with his advancing age against the sport's new generation of younger tyros.

"I feel like I'm still able to kick it with these guys right now and so I am excited about the future," said 34-year-old Hamilton.

"But you know it's inevitable that the youngsters are going to come through."

Speaking after he finished third on the road in Sao Paulo, before being penalized and dropped to seventh for a late clash with Red Bull's Alex Albon, Hamilton made clear also that he still relishes on-track battles and hopes next season will see a multi-team multi-driver scrap for glory.

"That would be great for Formula One," he said.

Mercedes team chief Toto Wolff's future has also been under scrutiny and linked with Hamilton's as the sport prepares for the introduction of a radical new set of rules to brighten up the racing in 2021.

Wolff, tipped by some as a future boss of the sport, was absent in Sao Paulo, missing his first race since 2013, and said this week that he wants to see a reaction from the champions at the Yas Marina Circuit this weekend.

Hamilton won from pole position last year and has enjoyed four pole position starts at the track and four victories, but may not have it all his own way in this weekend's twilight contest scheduled to maximize global viewing potential.

"Brazil was disappointing for us – we didn't have the fastest car and we lost a lot of points due to our own mistakes," said Wolff.

"But we have analyzed what went wrong, both our reliability and our decisions during the race, to make sure it doesn't happen again," he said.

"It was a good learning experience for the entire team and something that will make us stronger in the long run. So, this weekend, we head out with a point to prove in Abu Dhabi. We know that in Formula One you are only as good as your last result," he added.

Mercedes has won the last five Abu Dhabi Grands Prix, but knows that both Ferrari and Red Bull will mount a fierce challenge in the season finale, which starts in sunshine and finishes under floodlights.

Hamilton will hope, in particular, to add to his record 87 pole positions after struggling in qualifying, relatively, since taking pole at the German event in July, his fourth this season – a meager return by his standards.

Both Sebastian Vettel, back in form after a desultory early-season run, and his teammate Charles Leclerc will be aiming to take pole for Ferrari and to claim the Italian team's first win at a venue sited very close to the vast Ferrari World theme park.

Leclerc has taken seven poles this year to emerge as a leading contender for future titles and this weekend may see him in a close battle with his fellow-22-year-old rival Max Verstappen, who won in Brazil for Red Bull.

Their futures appear destined to be locked in championship campaigns long after the dust settles on Sunday night.

Meanwhile, Canada's Nicolas Latifi has been promoted from Williams reserve driver and will partner George Russell in the 2020 Formula One season, the British team said Thursday.

Latifi, 24, takes the place of Polish driver Robert Kubica and as the son of businessman Michael Latifi is also bring with him some much-needed funds.

Latifi took part in six F1 practice sessions this season and is also racing in Formula Two where he has ranked second ahead of the season finale in Abu Dhabi.

"I look forward to the journey ahead with the team, and I am excited to make my Formula One debut at the Australian Grand Prix in 2020," Latifi said in a team statement.

Williams deputy team principal Claire Williams said: "All of us at Williams have been immensely impressed at what he has achieved this year in FIA Formula 2, along with his commitment to the team, and the work that he has put in behind the scenes."

Williams' signing of Latifi completes the drivers line-up for the 2020 season which starts on March 15 in Australia.