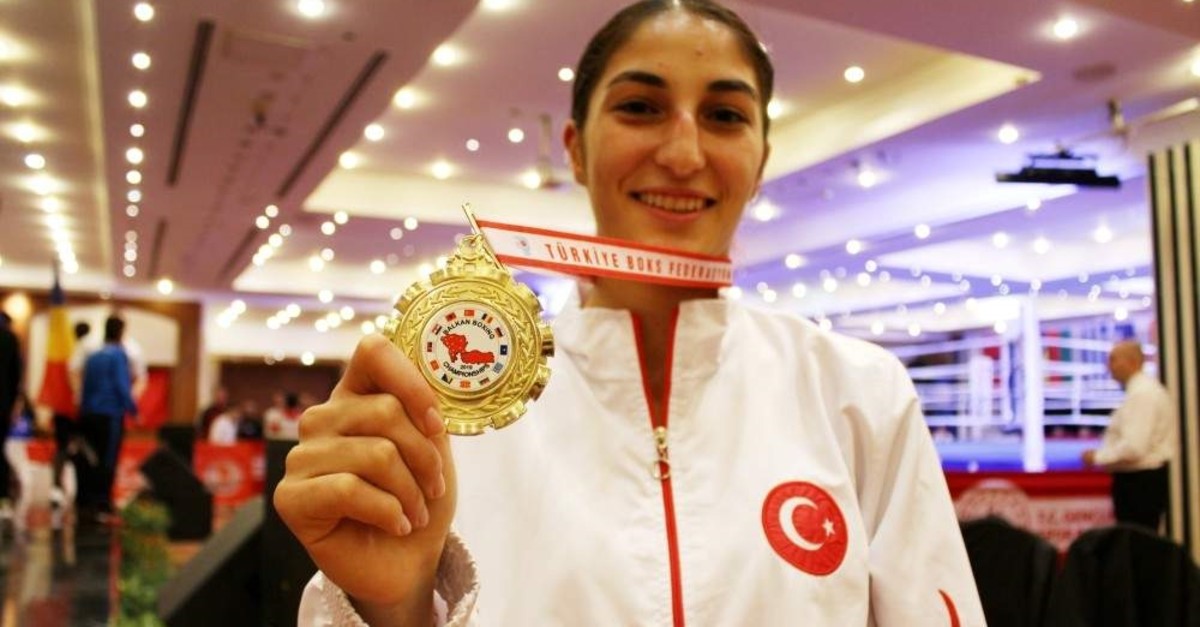 The twin sister of Turkish boxer Busenaz Sürmeneli is aiming to win the same world championship title as her sister, who is a role model for her.

Tuğçenaz Sürmeneli, who trains at a center under the Trabzon Youth and Sports Provincial Directorate in Turkey's northern Black Sea region. has already won the Balkan championship and is now eyeing the world championship, following in her sister's footsteps, she told Anadolu Agency.

The 21-year-old national athlete said that she first encountered the sport watching her twin's training, adding she started her career seven years ago although she had to take breaks every now and then due to her education.

She added when she did have to take a break from boxing, she missed it and continued training at home by herself.

Saying that she entered the boxing ring four years after her twin, Sürmeneli noted that her sister is both her friend and her idol.

"I am following the path of my twin Busenaz. I am trying to be successful like her. Hopefully, I will be the world champion," she said.

Tuğçenaz also noted that she and her family believe her twin sister Busenaz will return home with a gold medal from the 2020 Tokyo Olympics.