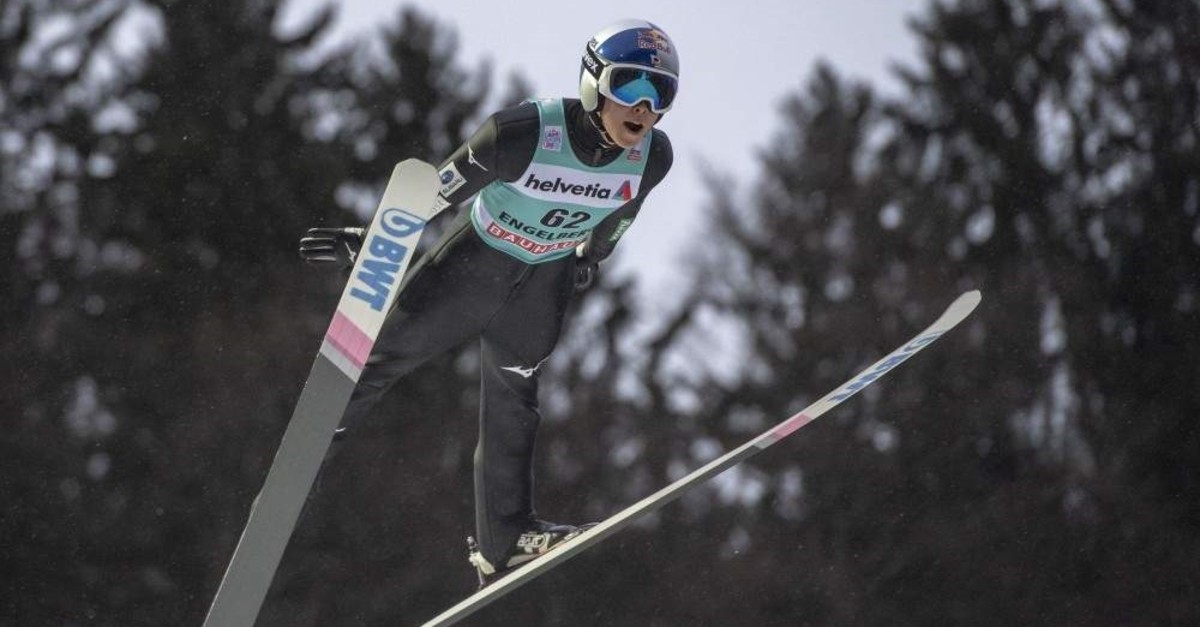 Ryoyu Kobayashi is out to defend his Four Hills title but unlike last season the Japanese high-flyer is not going into the prestigious ski jumping tournament as clear favourite.

Kobayashi, 23, begins Sunday's first of four stages boosted by victory in a World Cup event in Engelberg, Switzerland, his second win of the season, to give him the overall World Cup lead.

But his form has not been quite as consistent as was last season when he dominated the World Cup and the Four Hills tournament, becoming only the third man to win the event with a grand slam of top spots.

Germany's ski jump coach Stefan Horngacher predicts the 68th edition of the Four Hills will be an open event and will be hoping at least for a podium place for one of his squad.

Karl Geiger is thought to be Germany's best hope of a first tournament win since Sven Hannawald triumphed in 2002 and he will be hoping for an early boost on Sunday in the first jump in his home town of Oberstdorf.

"I think it will be a pretty cool tournament with different winners (over the four stages)," Horngacher said.

Among the favorites is former Four Hills winner Stefan Kraft, who escaped a fall unharmed in Engelberg on Sunday and has a victory and three other podium places this season.

"I don't think I have ever gone into a tournament with as much self-confidence as right now," 26-year-old Kraft, who won the title in 2015, told the Austrian Press Agency APA.

The Four Hills in the undoubted highlight of the ski jumping season, and Kraft spoke of the special atmosphere of the event.

"When I see the hill again in Oberstdorf I'm really nervous, but from experience I know I can handle it quite well," he said.

A capacity crowd of 27,000 is expected at the Schattenberg hill in Oberstdorf, and it will be no different for the following stages at Garmisch-Partenkirchen on New Year's Day, and at the Austrian venues of Innsbruck on Jan. 4 and Bischofshofen on Jan. 6.

Germany's three-time world champion Markus Eisenbichler, second overall last year, said the tournament was "every year a highlight" with an atmosphere all of its own.

"It's always an experience when it's really buzzing down in the stadium," he said.

"You can compare it to a football stadium for me. You change your clothes in the dressing room, it's full down below (in the stands) and you hear the crowds screaming. That's a special tournament feeling."

Among the title candidates, Poland's Kamil Stoch, who won in 2016/2017 and 2017/2018, appears to be hitting form at the right time as witnessed by a win in Engelberg three days before Christmas.

Slovenia's Peter Prevc, the 2016 tournament winner, was also on the podium for the first time this season with a second-place behind Kobayashi on Sunday.

Kraft's Austrian team-mate Philipp Aschenwald has been a surprise this season with a second and a third place, while Norway have a strong squad including Daniel Andre Tande, a two-time winner this season, Robert Johansson and Marius Lindvik.

"I believe it could go to the last jump and that something then could happen (for his jumpers). That's my hope."