You win some, you lose some: Turkish sports in 2019 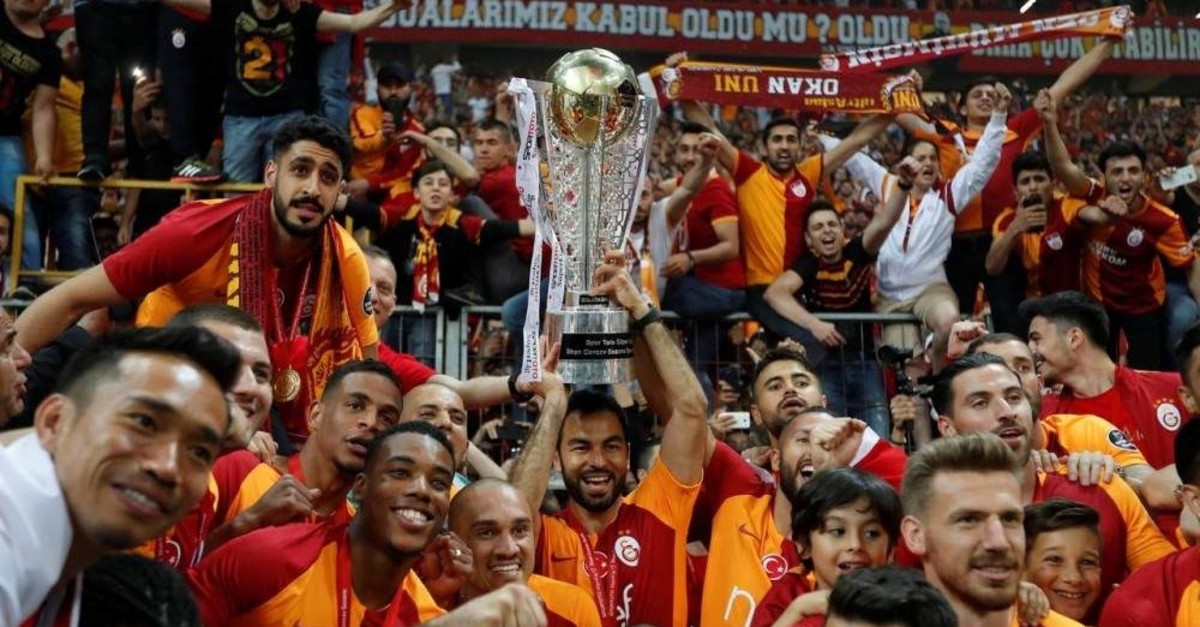 by Daily Sabah with Agencies Jan 01, 2020 10:11 am
As a decade came to a close with the end of 2019, Turkish sports fans were left with mixed feelings as they simultaneously witnessed great success stories and suffered terrible defeats both inside and outside the country. Without further ado, here's look back to some of the most memorable moments in Turkish sports in 2019:

The highlight of the year was the Turkish national football team's success in the Euro 2020 qualifiers. Turkey brought its Euro 2020 qualifying campaign to a successful conclusion in November, securing a spot in the finals after finishing Group H in the second spot with 23 points.

The campaign marked Turkey's best-ever performance in any Euro qualification round with the team allowing only three goals in 10 matches – two of them in the only defeat at Iceland and one in a tie with France.

With a newfound harmony under the leadership of Şenol Güneş, who was brought in as manager in February, Turkey managed to beat group favorites France 2-0 at home, which also became the climax of the qualification round for the national team.

Bringing an upturn in form after a dreadful slump under previous coach Mircea Lucescu, Güneş promised Turkish fans that there would be more to come in 2020 as he said his ultimate goal was to qualify for the World Cup.

Galatasaray fans were blessed with a flawless 2018-2019 season as the Istanbul powerhouse won all the domestic titles they competed in. However, the glitz and the glamour did not last long it seems, as the team's performance left much to be desired in the current season.

Galatasaray's veteran coach Fatih Terim led Galatasaray to its 18th Turkish Cup in May after the Lions beat Aegean contender Akhisarspor 3-1 in the finals to claim the title. Mere days later, Terim's players also claimed the Süper Lig championship title for a record 22nd time after a dramatic 2-1 victory over their contenders Başakşehir.

Refusing to settle for less, Galatasaray went ahead to win the Turkish Super Cup after defeating Akhisarspor again in August and wrapping up a perfect season.

Nowadays, however, the club is struggling to capture the lightning in a bottle again. Galatasaray was forced to look at domestic competitions for glory after they were eliminated from the Champions League following a horrendous campaign that ended with two points.

The Lions suffered humiliating defeats against European giants in their campaign, getting demolished 6-0 by Real Madrid and 5-0 by Paris Saint Germain in away games. They only managed to secure two points in two draws against Belgium's Club Brugge.

The team's outlook in the Süper Lig is not bright either, as they stand at seventh place with 10 points behind the lead with a week before the league's break.

Istanbul club Medipol Başakşehir made history in a dramatic fashion in December after defeating Borussia Mönchengladbach 2-1 in Germany with a last-minute goal to advance to the UEFA Europa League's Round of 32 for the first time.

The comeback victory with the last-minute goal secured Başakşehir's ticket, while Bundesliga leader Borussia Mönchengladbach, who were also Group J leaders prior to the match, was forced out of the competition.

While Başakşehir's success was celebrated, other Turkish clubs left their fans disappointed as they bid farewell to their Europa League campaigns one by one.

One of Turkey's biggest football clubs, Beşiktaş, closed its Europe chapter with only a single win and five defeats. The Black Eagles got their only win against Slovan Bratislava while offering abysmal performances in away games.

Trabzonspor's performance was also lackluster as the Black Sea club only managed to get one point in six games. Despite welcoming stars to the club, such as former Liverpool striker Daniel Sturridge, Trabzonspor only managed to score three goals while conceding 11.

It was a remarkable year for Anadolu Efes and their fans, and it continues to be so as the Istanbul basketball club snatched the Turkish Basketball League title in June to break a 10-year drought and place second in the EuroLeague.

Following a successful campaign in Europe, Efes managed to ascend to the final against Russia's CSKA Moscow after beating their archrivals Fenerbahçe in the semifinals, who were also the defending champions of the tournament.

Efes narrowly missed the chance to bring the trophy back home after losing the game 91-82 against CSKA Moscow in May and ranked second in the tournament. Despite the loss, the fans were euphoric about the club's success.

Coach Ergin Ataman knew a thing or two about mending wounds it seems as Efes went on to snatch the Turkish Basketball League title the next month, besting Fenerbahçe yet again in a high-tension playoff series.

Ataman's players continued improving their form for the remainder of the year, and Efes is sure to provide an entertaining year again for their fans as the club currently sits at the top in the Turkish league, with only one loss in 13 matches. As for the EuroLeague, the club stands at third place with three losses in 15 games.

European champion Paralympic swimmer Sümeyye Boyacı continued to bag medals around the world, claiming the silver at the World Para Swimming Championships 2019 in September, missing the gold by milliseconds.

Prior to the championship, Boyacı snatched the gold medal in April at the Para Swimming World Series in the U.S.

Turkish athlete İrem Yaman earned her second world champion title in May after she won the gold medal in the women's 62-kilogram category at the World Taekwondo Championships in the U.K.

Earning her first title in Russia in 2015, she became the first Turkish taekwondo athlete to win two world titles. Yaman was also picked to represent Turkey in the Tokyo 2020 Olympics.

In a 100-meter dive, Ercümen broke the 90-meter world record for cave diving without fins. She swam a 25-meter course back and forth four times while holding her breath, reaching a total distance of 100 meters.

In April, a van carrying seven players of the Aytemiz Alanyaspor football team rolled over, which resulted in the death of Czech forward Josef Sural and injured six other players.

The accident happened early in the morning after the driver fell asleep at the wheel. The van veered off the highway and crashed into a ditch. Sural was rushed to a nearby hospital after the accident, but he later passed due to hemorrhage and hypothermic shock.

Sural's death shocked Turkish football with officials and clubs offering their condolences. A minute of silence was observed in memory of Sural before all professional matches played between April 29 and May 6.
Last Update: Jan 01, 2020 12:49 pm
RELATED TOPICS