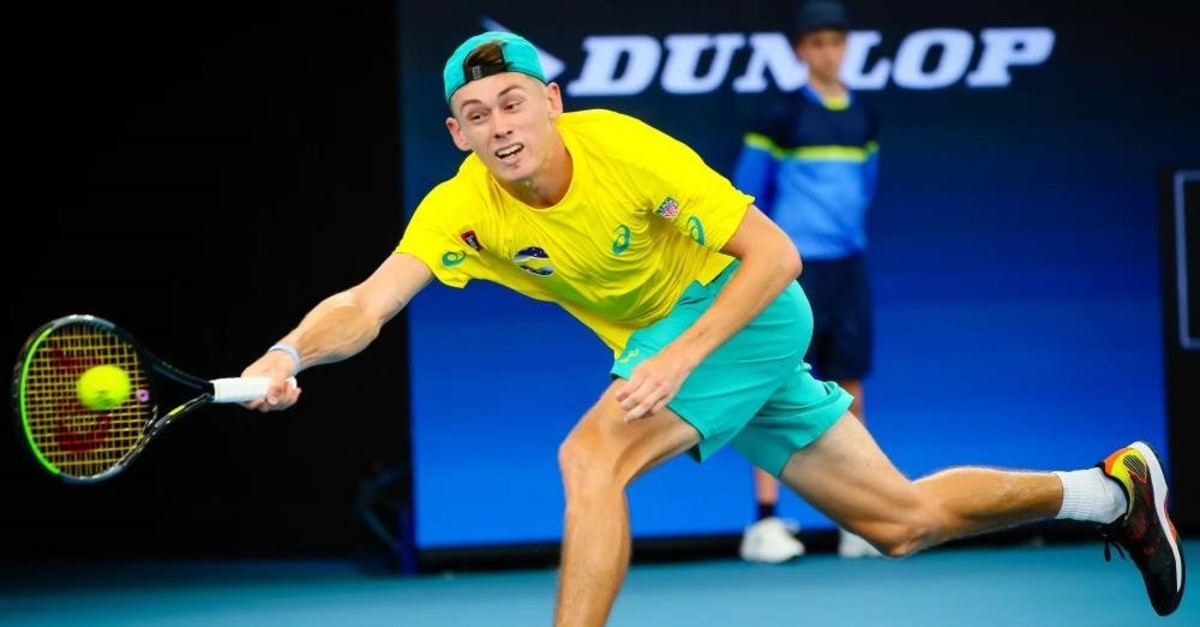 John Millman got a late call to fill in for Nick Kyrgios and got Australia off to a winning start on his home court against Canada. Alex de Minaur secured the match when he rallied from a set and a break down to beat Denis Shapovalov 6-7 (6), 6-4, 6-2 later Sunday at Pat Rafter Arena.

"I would love to take care of things a bit easier, but you kind of got to play the cards you're dealt," said de Minaur, who did a little dance on the court to celebrate his win. I had chances in the first set. I probably didn't do too well mentally after that. I went through a little bit of a rough patch ... but I managed to turn things around. So obviously very proud."

Australia also won the doubles to complete a sweep and, with that. moved atop Group F in the new ATP Cup, a 24-team tournament that is kicking off the southern summer for the first time.

Canada, which beat Australia in the Davis Cup quarterfinals in Madrid last November, was 1-1 after opening with a victory over Greece. The six group winners and the two best second-place teams advance to the playoffs in Sydney next week, and Australia is a good shot of making it.

Kyrgios pulled out of his scheduled match against Felix Auger-Aliassime in Brisbane because of a sore back. No. 48-ranked Millman stepped in to win 6-4, 6-2.

In Sydney on Sunday, Bulgaria made it two wins from two in Group C, following up its opening 2-1 win over Britain with a more comfortable result against Moldova.

Ruud, who led Norway's opening win over the United States, had beaten Fognini 6-2, 6-2 in the second singles match to level the tie after Stefano Travaglia's 6-1, 6-1 win over Viktor Durasovic gave the Italians an early lead.

Dimitrov, the playing captain for Bulgaria, said the winning start was no surprise to him. "Coming into this thing, I knew that if we come together, we have a great opportunity," he said. "I know I have to not only believe in myself now but I need to believe in the players that are with me. My only goal was, and I'm honest on that, was just to put them together, to make sure we practice together, to make sure they learn something from me, to make sure they are surrounded by the top players. "But we're here (to win), so hopefully we can keep on doing the same thing and why not go further?"

Haze and smoke from the wildfires that have devastated parts of Australia were more obvious around the courts in Sydney's western suburbs than in previous days, but Dimitrov said the players were still able to focus on their matches.