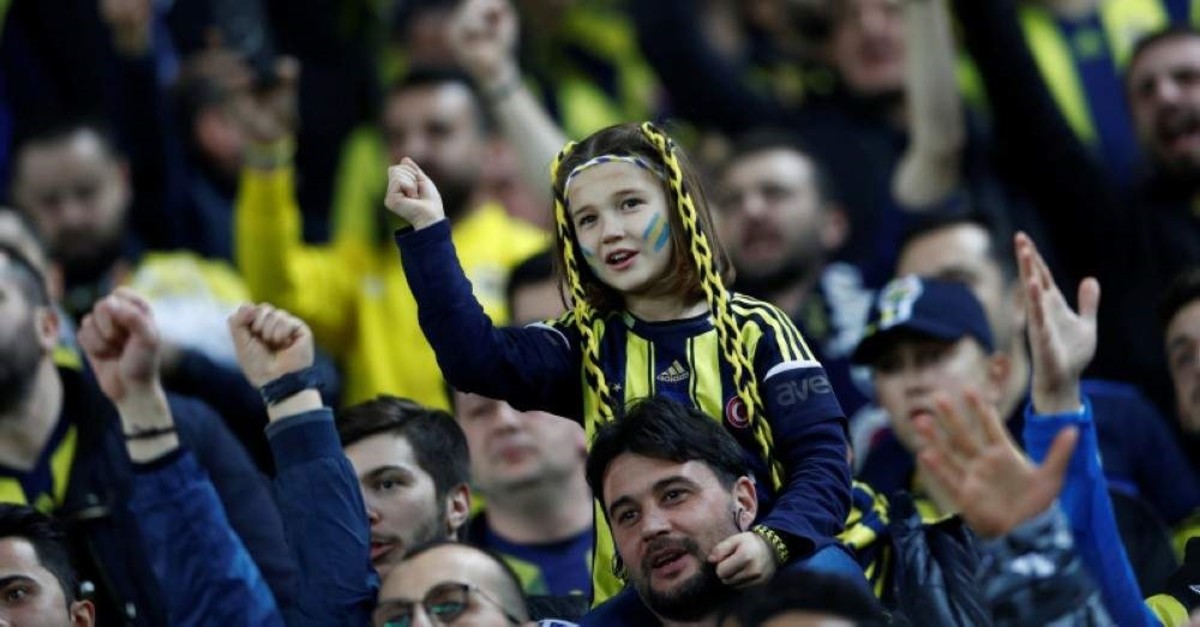 General view of fans before the match between Fenerbahce and Besiktas at Sukru Saracoglu Stadium in Istanbul, Turkey on Dec. 22, 2019. (REUTERS Photo)
by Daily Sabah Jan 11, 2020 8:47 pm

Turkey's presidency launched a new campaign named 'Make a Gesture to Your Opponent' to create awareness about fair play and to remind people that the rival teams are an integral part of the game.

Launched as part of the "Nonviolent Communication in Sports" project carried out by the Presidency's Directorate of Communications, the campaign aims to encourage sports teams to use their power to stop hate speech and violent acts as part of Turkish sports.

Presidential Communications Director Fahrettin Altun said that their main aim is to draw attention to the fact that the game cannot be won without an opponent on the other side.

"A behavior considered wrong normally may be easily carried out by fans during a football game, which points to a clear lack of awareness," Altun said.

He added that all the youth setup players from the Turkish Football Federation have been given training as part of the project.

"If we want Fair Play to become widespread in our country, we must remember that this will be possible with comprehensive training to be provided to our sportsmen at younger ages."

Altun said the culture of seeing opponents as enemies encourages racist behavior. He reminded us of the racist chants against Inter's Romelu Lukaku by the opponent team Cagliari's fans during a Serie A game in September.

Altun said racist attacks often leave a lasting impact on both the players and the society and said football clubs also need to take the initiative of promoting values such as tolerance and respect among its fans.