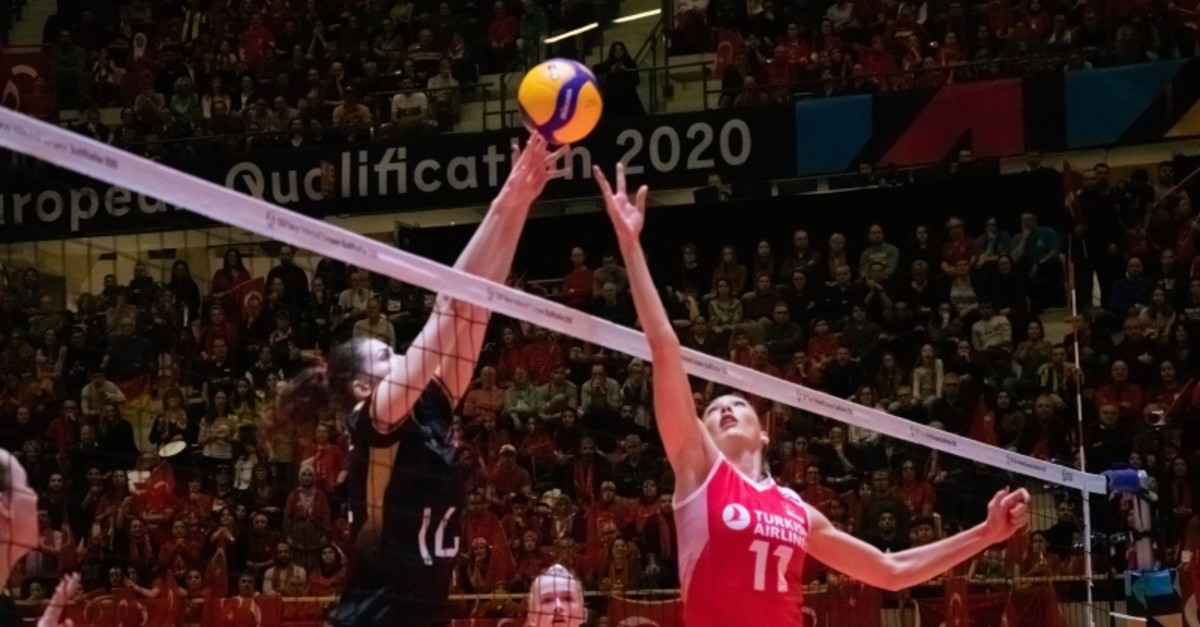 The Turkish national women's volleyball team qualified for the 2020 Tokyo Olympics after defeating Germany 3-0 in the CEV European qualification final Sunday.
Turkey defeated its opponent with 25-17, 25-19 and 25-22 sets in the final game in Apeldoorn, Netherlands.
Turkey's outside spiker Hande Baladın was the top scorer with 18 points at Omnisport Apeldoorn.
Italy, Russia, Serbia and several other teams had already secured their participation in the 2020 Olympics.
With the win, the Turkish women's volleyball team booked their ticket to the Olympic Games for the second time. Turkey also participated in the 2012 London Summer Olympics.
Turkey previously defeated Poland 3-2 at the semifinals after finishing the group stage in second place with two wins and a single loss.
Speaking after the match, Turkey's coach Giovanni Guidetti said they managed to pull through despite a bad start and praised the fans for the support they showed. "Apeldoorn was like little Ankara today," he said.
Turkey's captain Eda Erdem Dündar said it was a dream come true for her and the players. "We are really proud and happy to represent this (Turkish) flag in the best possible way. We had a really bad start to the tournament, but those difficulties made us a better team," she said.
Thanking the fans for their support, Dündar said the team was happy for not letting them down. Turkey's outside hitter Meryem Boz was another thanking the fans for outstanding support, saying that the number of fans at the games made her feel as if they were playing at home all the time.
"We are happy that we got the Tokyo ticket after all our hard work. I want to thank everyone who had a hand in it. Our fans who supported us in every match always made us feel like we were playing at home," she said.
Congratulations were in order after the win, as officials and authorities praised the team's success.
"I congratulate our Turkish women's volleyball team on beating Germany in the CEV European qualification final," President Recept Tayyip Erdoğan said on Twitter and wished his country success in the 2020 Olympic Games.
Turkish Volleyball Federation President Mehmet Akif Üstündağ also congratulated the players, calling the win against Germany a good game and a clear score.
"The team deserved it. We deserved the Olympics. We kept fighting until the last second. It is our greatest desire to see the team on the podium at the Tokyo Olympics," Üstündağ said.
Last Update: Jan 13, 2020 2:36 pm
RELATED TOPICS