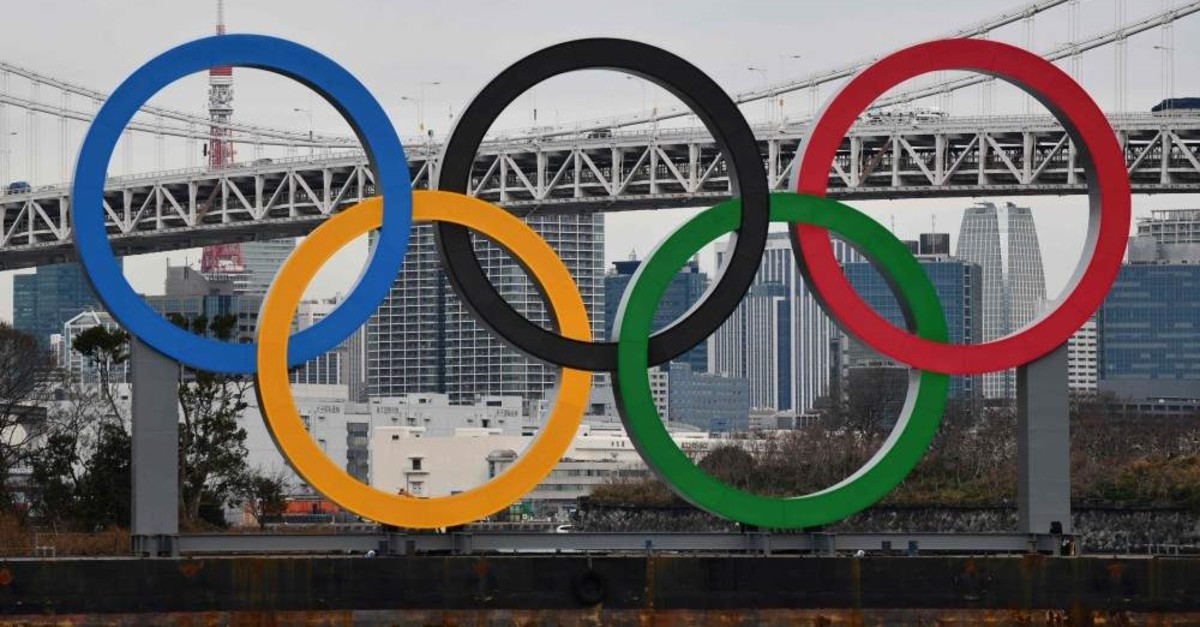 A large Olympic symbol is brought by a salvage barge for installation on Tokyo's waterfront in the waters of Odaiba Marine Park, Jan. 17, 2020. (AFP Photo)
by reuters Jan 22, 2020 11:52 am
Qualifying boxing matches for Asia and Oceania for the 2020 Olympic Games set to take place in China's Wuhan next month have been canceled due to fears of the new flu-like coronavirus, Japan's Kyodo news agency said on Wednesday.

Boxing preparations for the games have already been upended after the International Olympic Committee (IOC) in June took over the competition and suspended the international boxing federation due to issues with its finances and governance.

The IOC has instead set up a task force, led by its member and International Gymnastics Federation head Morinari Watanabe, to organize the boxing events.

The Kyodo report cited organizers as the source of the news. Reuters was unable to immediately contact Watanabe. The IOC did not immediately return requests for comment.

The death toll from the virus in China rose to nine on Wednesday with 440 confirmed cases, Chinese health officials said as authorities stepped up efforts to control the outbreak by discouraging public gatherings in Hubei province.

The Tokyo organizing committee previously said in response to questions on health concerns for the 2020 Olympics that it would "continue to collaborate with all relevant organizations that carefully monitor any incidence of infectious diseases, and we will review any countermeasures that may be necessary with all relevant organizations."
RELATED TOPICS