Super Bowl success worth the wait for Chiefs 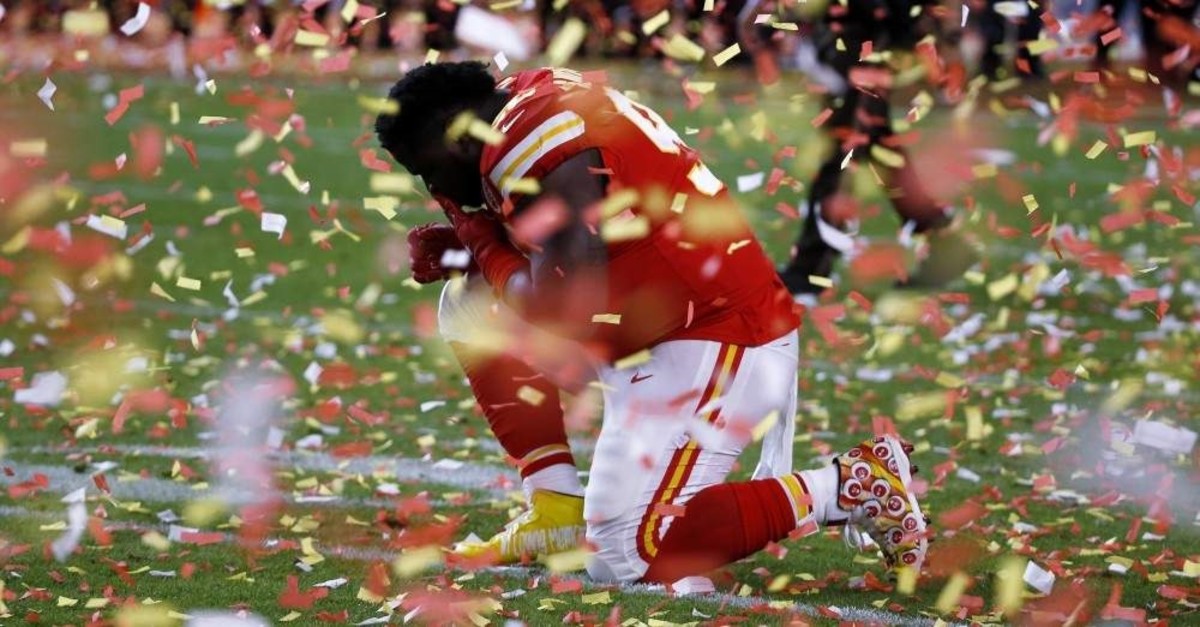 With a Super Bowl drought stretching five decades finally behind them, the confetti falling from above, and throngs of elated fans in front of them, one thing was clear for the Kansas City Chiefs: winning was well worth the wait.

Coming back from a double-digit deficit in the fourth quarter, Kansas City defeated the San Francisco 49ers 31-20 on Sunday in front of a packed crowd overflowing with Chiefs loyalists, who got to witness a dream 50 years in the making. "It's amazing. Not only to do it for us but to do it for Kansas City," said quarterback and newly-minted Super Bowl MVP Patrick Mahomes. "They've showed the passion the entire time through the ups and downs."

Mahomes completed 26 of 42 attempts for 286 yards en route to clinching the MVP title as the Chiefs got their hands on the trophy for the first time since beating the Minnesota Vikings in Super Bowl IV. "We're so grateful that we were the group to kind of bring it back to those people," said Chiefs safety Tyrann Mathieu. "It's kind of cool to end as a champion this year."

Richard Nixon was president the last time Kansas City hoisted the Lombardi trophy and the stadium where they played their last Super Bowl was demolished 40 years ago. But the Chiefs were proud to have done right by their fans – no matter how long it took. For the residents of Kansas City, not-so-patiently waiting for their hometown heroes to come back and celebrate, "kind of cool" is quite the understatement. As Kansas City Mayor Quinton Lucas put it on Twitter: "LET'S HAVE A PARADE WEDNESDAY!!!!!!"

While the team sailed into the postseason with a 12-4 regular-season record and a quarterback widely seen as the league's next biggest star, the Chiefs had to rebound from heartache the previous season when they fell short in the AFC Championship against the New England Patriots.

The Chiefs overcame their share of playoff challenges on the way to Miami as well, coming back from a 24-point deficit in their divisional game against the Houston Texans and 10 points down in the AFC championship game against the Tennessee Titans.

"We're a mentally tough team," said Matthieu. "[Coach Andy] Reid does a good job of getting us right mentally, physically, you know, even emotionally."