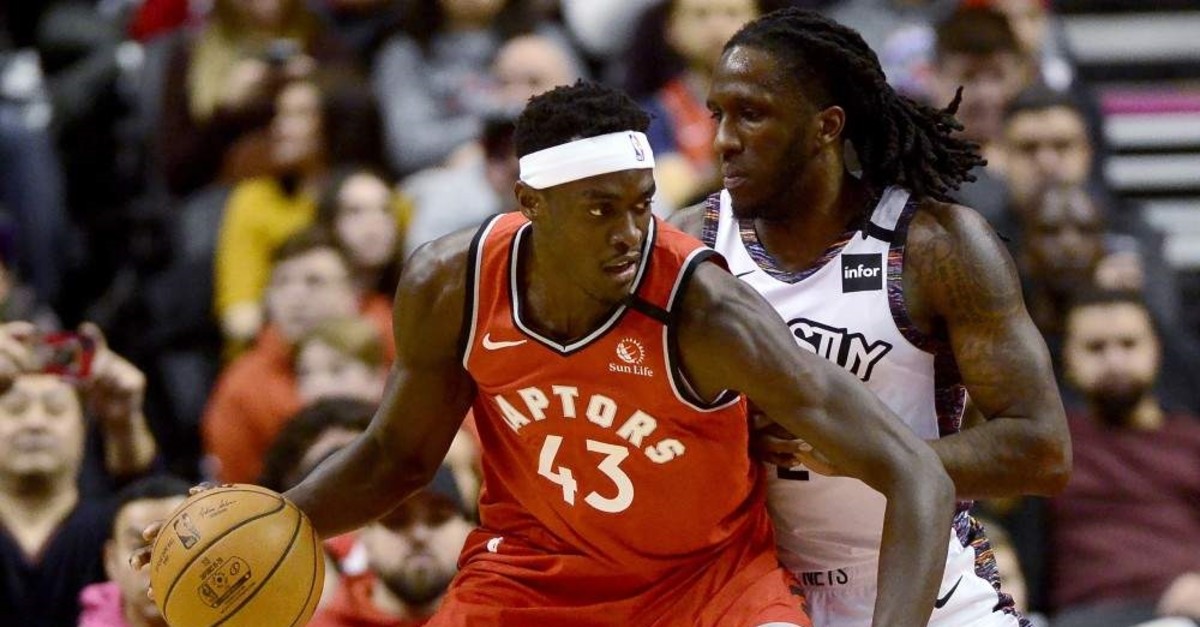 Fred VanVleet scored 10 of his 29 points in the fourth quarter, Pascal Siakam scored 20 points, including the tiebreaking free throw with 22 seconds remaining to help the Toronto Raptors extend their franchise-record winning streak to 14 by beating the Brooklyn Nets 119-118 on Saturday night.

Terence Davis scored 20 points in his first home start, Matt Thomas had a career-high 15 and Serge Ibaka added 12 as the Raptors overcame the absence of All-Star guard Kyle Lowry for their 10th consecutive home victory over the Nets. Toronto has won 18 of 19 in the series, including six straight.

Davis shot 5 for 8 from 3-point range and VanVleet went 4 for 9 as the defending NBA champions remained unbeaten since a 105-104 home loss to San Antonio on Jan. 12.

The Raptors, who won at Indiana on Friday, swept their third straight set of back-to-back games.

Caris LeVert scored a career-high 37 points, going 6 of 7 from long range, but missed a 3-pointer that would have given Brooklyn the win. Spencer Dinwiddie had 21 points and 11 assists and DeAndre Jordan had 15 points and 14 rebounds, but the Nets lost for the first time in three games without injured guard Kyrie Irving (sprained right knee).

Davis started for Lowry, who was inactive because of a whiplash injury caused by an accidental collision with Ibaka in the third quarter Friday. Lowry was pictured on social media wearing a neck brace on the flight back to Toronto.
RELATED TOPICS