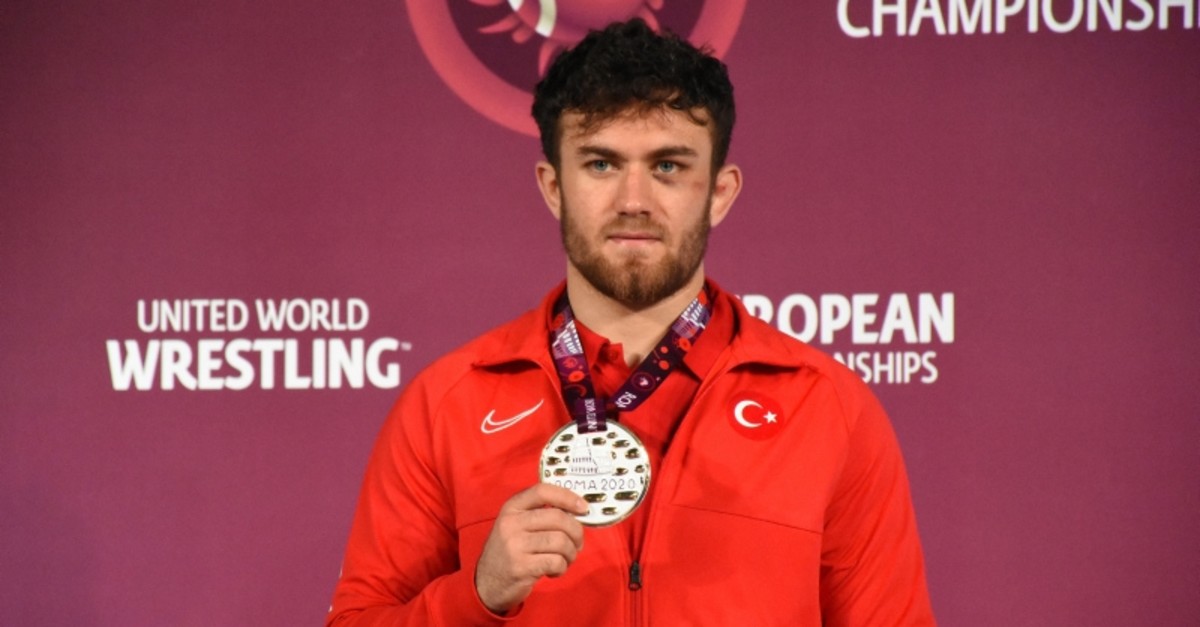 Turkish wrestler Süleyman Karadeniz on Sunday bagged a gold medal in the men's freestyle 92-kilogram category at the 2020 European Championships.

Karadeniz defeated his Swiss opponent Samuel Scherrer 3-0 in the final to win the only gold medal for Turkey in this year's European Championships.

Speaking after his victory, Karadeniz said he dedicated his achievement to the 82 victims of the Elazığ earthquake and Van avalanches, as well as Turkish soldiers who had fallen in Syria.

Earlier in the day, Soner Demirtaş, another Turkish wrestler, won a bronze medal after defeating his Hungarian opponent Murad Kuramagomedov 5-0 in the men's freestyle 74-kilogram category.

With Karadeniz and Demirtaş, Turkey bagged a total of nine medals at the championship.

The 2020 edition of the European Championships run through Feb. 16 in Italy's capital, Rome.