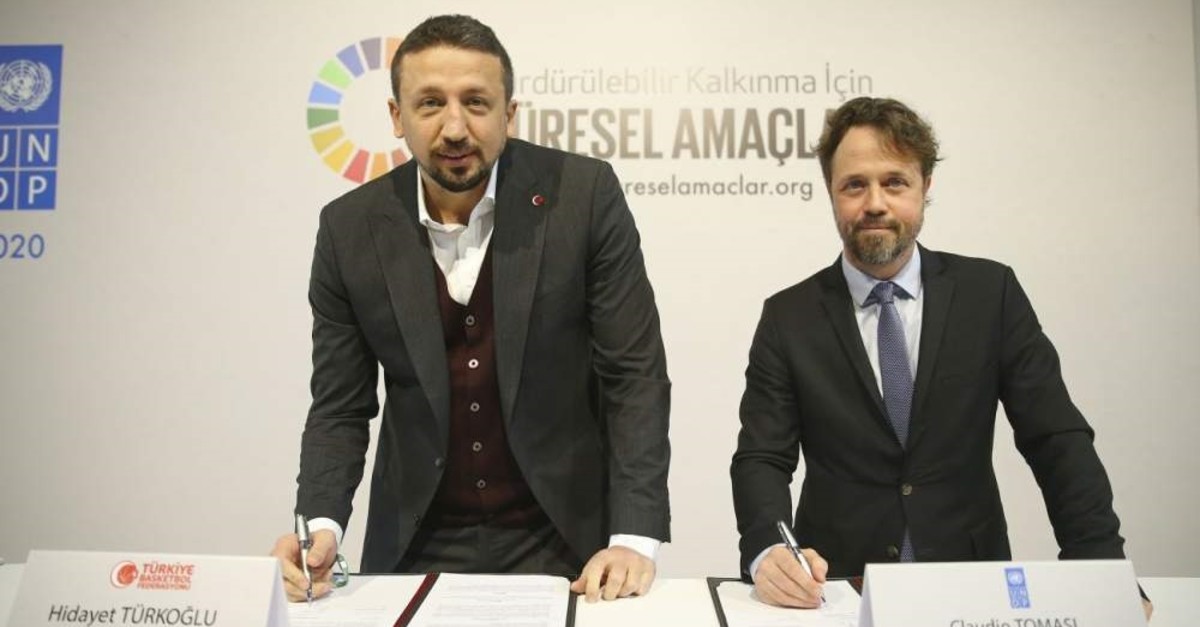 The Turkish Basketball Federation (TBF) and the U.N. have signed an agreement to raise awareness on recycling, TBF head Hidayet Türkoğlu announced Monday.

He said TBF is sensitive toward the environment, society and leaving a safe future for future generations. Türkoğlu said he hoped the project would be an example for other sports in Turkey.

According to the agreement, basketball players will be using organic towels on the court, in training and changing rooms. Beverages sold to the fans will be served in paper cups. The stadium will also include separate recycling bins for paper, plastic, metal and glass waste.

"We increasingly feel the effects of global warming with each passing day. We hope to see all our clubs, fans and sponsors join us in our efforts to raise awareness on environmental issues," Türkoğlu said.

The collaboration will be implemented starting Feb. 21, when Turkey and the Netherlands face off in a friendly match to raise awareness on recycling.

"We decided to partner to leverage these messages to create what we call awareness, to create behavioral changes in people. We together decided to focus especially on the climate, that there is one reason for this among the 'Sustainable Development Goals,' which are all very important for climate crisis enterprises. The requirement for climate action is the most pressing, the most important one because it involves each one of us. Each one of our daughters and sons basically belongs to us as human beings," Tomasi said.

He added that they aim to reach more people, including in Turkey.