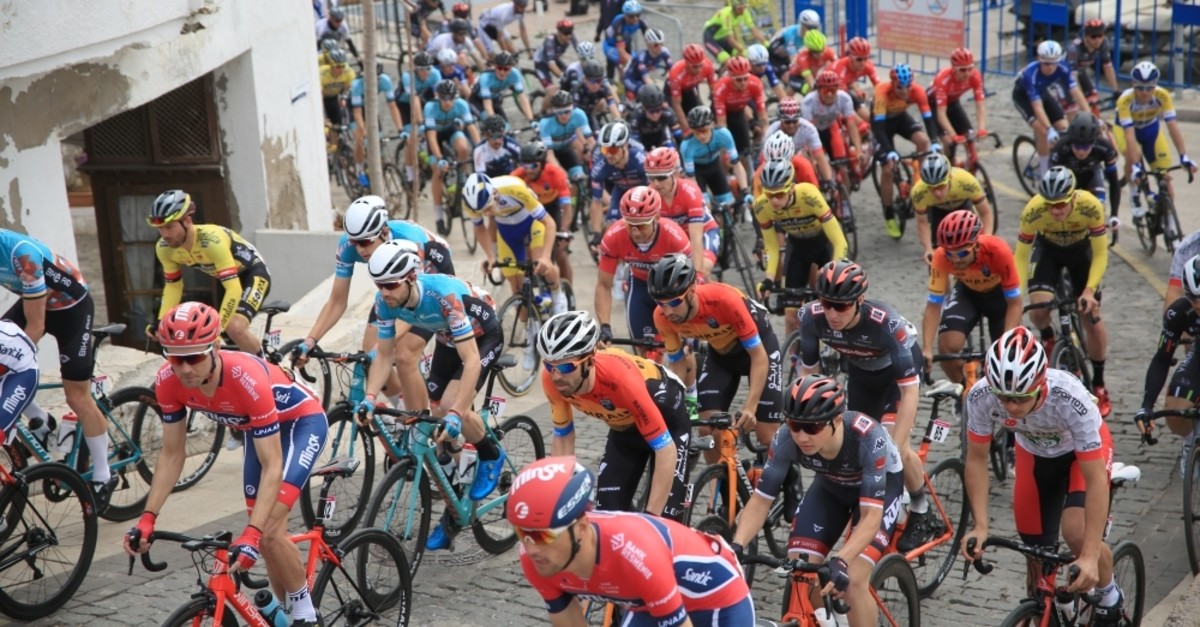 The third edition of Tour of Antalya, Turkey's second-largest international cycling event, kicked off Thursday in the Mediterranean Turkish city.

Some 174 cyclists from 23 countries — including Israel, Belgium, Italy, Turkey, Germany, Austria, Bahrain, Belarus, Denmark, Morocco, the Netherlands, United Kingdom, Spain, Switzerland, Kazakhstan and Cambodia — are competing in the three-day race which was granted a 2.1 class designation by Union Cycliste Internationale (UCI), the governing body of cycling.

Dubbed "Tour of Heaven" by organizers, the 455-kilometer race takes competitors through four stages, from downtown Antalya to the town of Side. Cyclists, which will start from a yacht port, will compete along a scenic route traversing popular vacation resort Kemer to Aspendos, where the ruins of an ancient Greco-Roman city are located, and Termessos, another ancient city some 34 kilometers northwest of the city.

Twenty-nine teams are participating in the race, a World Tour team, five pro teams and continental national teams. Multiple challenges await the cyclists from flat courses for sprinters to an uphill climb for those seeking points for general classification. For the strong and brave, the race offers steep inclines, and for all, it gives an opportunity to admire the scenery overlooking the city's famous beaches and greenery, as well as a legacy of ancient civilizations. Tour of Antalya will also host an amateur race under the title of Gran Fondo.