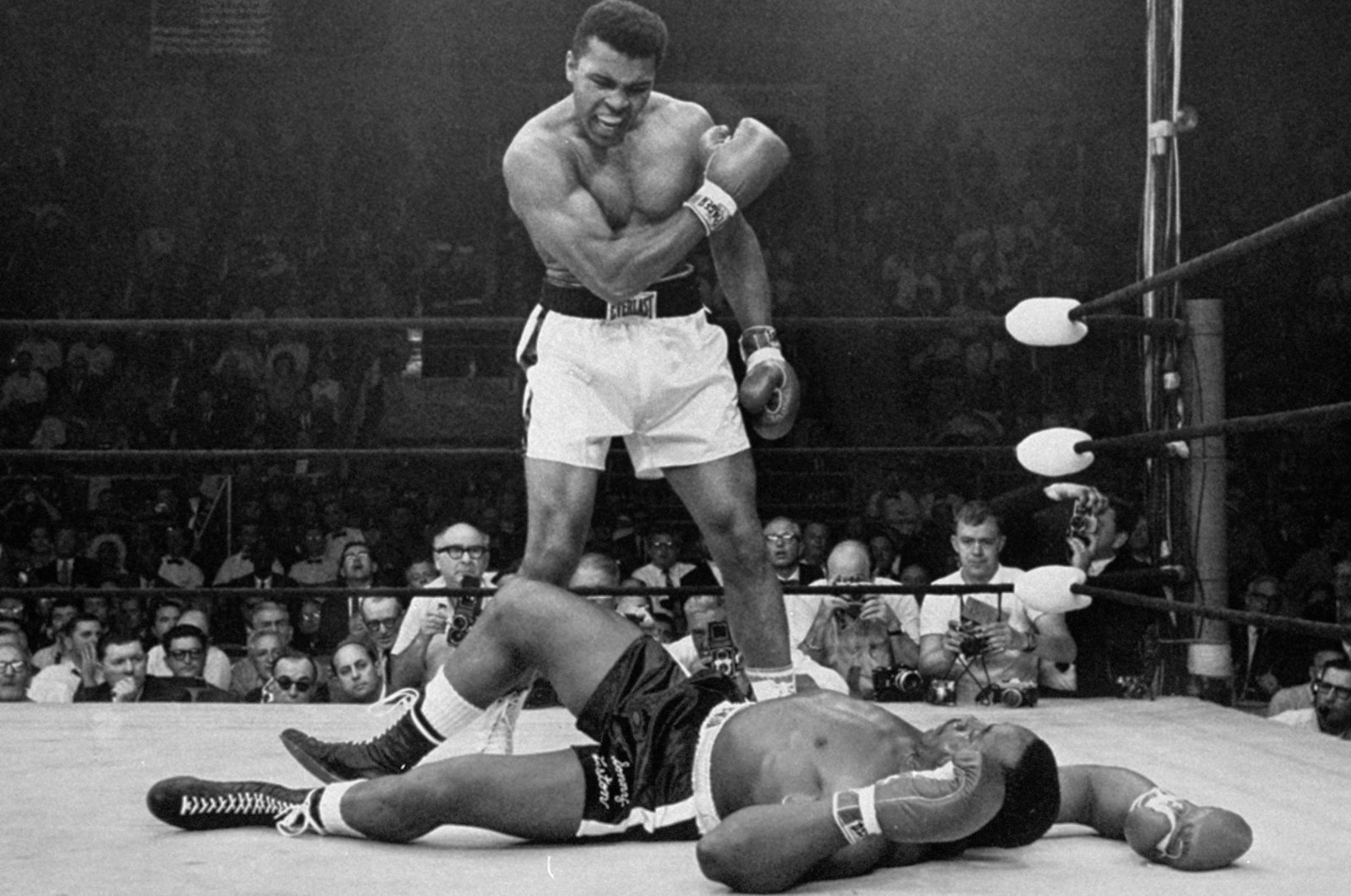 Heavyweight champion Muhammad Ali stands over fallen challenger Sonny Liston shortly after dropping him with a short hard right to the jaw in Lewiston, Maine, U.S., May 25, 1965.
by Anadolu Agency Jun 03, 2021 5:49 pm
RECOMMENDED

On eve of the 5th death anniversary of American boxing legend Muhammad Ali Clay, Afghan boxers said how they looked up to him as their idol and try to emulate his tactics to achieve perfection in the game.

Ali himself had visited Kabul as the U.N. Messenger for Peace in 2002.

"It was like a dream come true,” he said while closely monitoring young boxers working at their skills during a practice session inside the ring,” said Satari who now heads the Afghanistan Boxing Federation.

"As you know, he was ailing for long (due to the Parkinson's disease), and even during his visit (to Kabul) he seemed unwell, but would smile upon greeting us (boxers),” he said.

Satari recalled that when Ali visited Afghanistan Boxing Federation's ring, he picked up a pair of gloves and asked him to join in the ring for a pose.

"That was the most memorable moment of my life,” he said.

Khalilah during her visit met Abdullah Abdullah, who is heading the High Council of National Reconciliation.

"Afghanistan and its people have a special place in my heart and the hearts of my family, and I have always tried to serve the people of Afghanistan in the field of sports and its growth and development," she told Abdullah.

On his death anniversary Thursday, several of Ali's old and young Afghan fans are planning to gather to remember his legacy and pray for him.

"We respect him a great deal and always remember him," said the Afghanistan Boxing Federation chief.

Kabul-based seasoned Afghan sports journalist Momand Ibraheem told AA the tales of Ali's success and devolution and the great boxer's legacy resonates well beyond the circle of athletes in Afghanistan.

"Almost everyone knows him or has heard of him, he inspired many people in their personal and professional life in terms of surviving during difficult times,” he said.

He said while boxing is not very popular in Afghanistan, but Ali is very popular, as his aura transcends beyond the boxing ring.

Born as Cassius Marcellus Clay Jr. in Louisville, Kentucky on Jan. 17 in 1942, Ali later embraced Islam and changed his name to Muhammad Ali in 1964 at the age of 22.

Considered one of the greatest boxers who ever lived, he bagged the gold medal in the light heavyweight competition at the 1960 Olympic Games in Rome.

Ali won 15 of his first 19 fights by knockout in the first three years of his professional boxing career, attracting the attention of the boxing community on his rise to success.