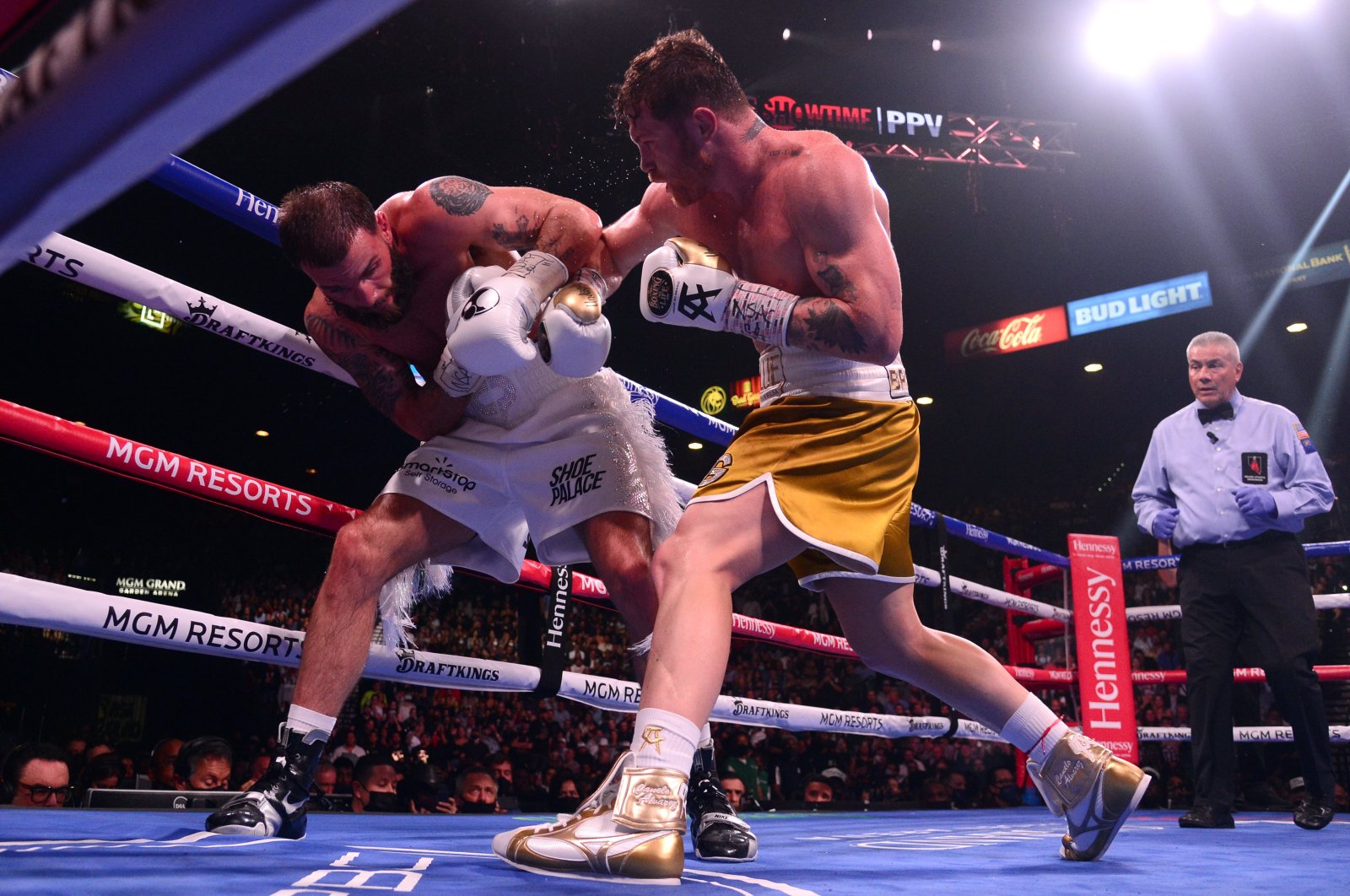 Mexico's Saul "Canelo" Alvarez knocked out U.S. boxer Caleb Plant in the 11th round on Saturday to become the first undisputed world super-middleweight champion in history, unifying all four major belts in less than 12 months.

The 31-year-old Alvarez added the IBF belt to his WBC, WBA and WBO straps in a winner-takes-all showdown to join an exclusive club.

Mexico's Alvarez knocked Plant down twice in the 11th – the first time with a left hook, followed up by a right uppercut.

Plant got up but the American was still wobbly and in a fog as Alvarez chased him around the ring.

Alvarez pummelled Plant with rights and lefts to drop him for good at 1:05 of the round.

The Mexican had seized the WBA and WBC titles by defeating Callum Smith in December 2020.

He defended them successfully by overpowering Turkey's Avni Yıldırım in February and then clobbered Billy Joe Saunders six months ago to grab the WBO belt.

Alvarez came into the bout as a heavy favorite to become the first Mexican four-belt champion.

Alvarez, with a complete collection of 168-pound titles, becomes just the sixth fighter since the WBO began sanctioning world title fights in 1988 to hold all four belts from the separate governing bodies at the same time.

"It hasn't been easy to get to this point," Alvarez said. "With my team, I have gone really far.

"This is for everybody, especially for Mexico. We are only six. It keeps me happy and motivated to be one of the six undisputed fighters in the world."

Alvarez won just about every round leading up to the 11th but still, Plant proved to be an awkward opponent. Alvarez needed a spectacular KO to put a stamp on what up until then had been a mediocre performance by the champ.

Even though Plant was fighting in the United States he was booed during the introductions as the majority of the Las Vegas crowd was cheering for Alvarez throughout the fight.