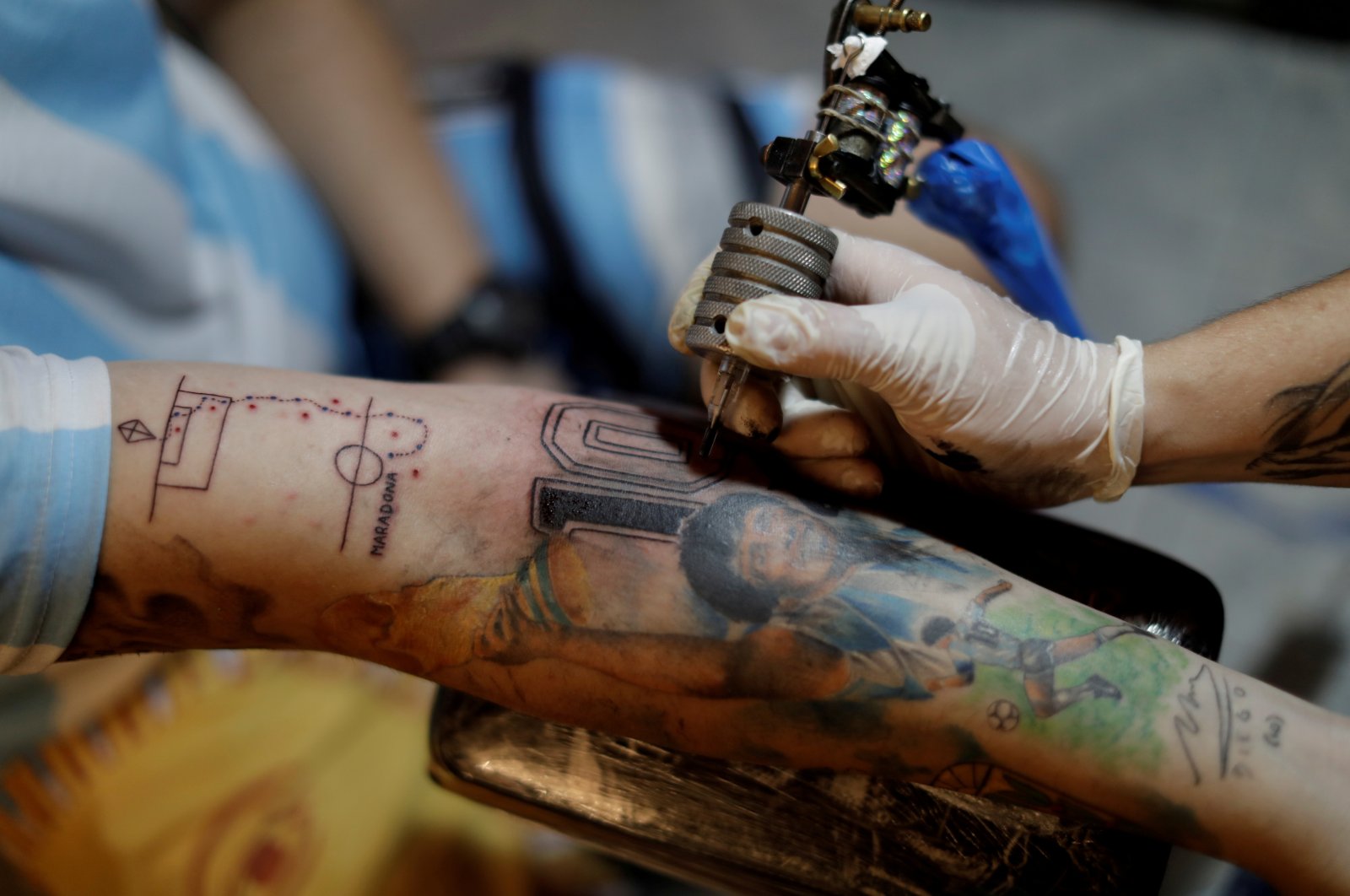 Under his shirt, pizza shop owner Guillermo Rodriguez is a walking shrine to Diego Maradona. His entire back is covered in tattoos depicting the soccer great, whose death last week at the age of 60 inspired enormous grief in Argentina and beyond. "It is something beautiful to live with him, so for us he did not die, he will continue being there for all of us, the love we have is eternal," said Rodriguez, whose pizza store is called "Siempre al 10," referring to Maradona's jersey's number.

The death of Maradona has highlighted the almost cult-like adoration that grew up around the player nicknamed "el dios" (or God), who mesmerized on the pitch and inspired fans off it despite long, public battles with addiction.

Argentina declared several days of national mourning for him, and his body lay in state at the presidential palace.

"For a woman in childbirth, it is very painful. For me, I felt that pain the day that Maradona died. The grief is enormous," said Cintia Veronica, who showed tattoos of Maradona on her arm, at her home in Buenos Aires. "Having that tattoo now, in this moment, is to feel that he (Maradona) is alive. I feel that he is alive."

A few days after Maradona's death, fan Maximiliano Fernando is in a tattoo parlor in Buenos Aires and showing off tattoos of the player on his arm, including images where Maradona is in mid-stride, and another he is holding the World Cup aloft. "Having tattoos of Diego for me is the greatest thing there is," said Fernando, whose bedroom walls are lined with pictures and shirts of the player. "I'm going to take him to the grave."

Maradona won the World Cup with Argentina in 1986 and sparkled for Italian side Napoli, where he became a legend for his skills and representing Naples in Italy's poorer south. His image still appears drawn large on murals in the city.

In Argentina, fans have even named their children after the player, including twin girls Mara and Dona. "It is love, it is my great love, my passion to have Diego (on my body) so he is always with me everywhere. I feel like he protects me," said Nerea Barbosa, showing photos of the star. "When I got the tattoo, many told me no, that it was not for a woman and a tattoo like that was so grotesque," said Barbosa, adding that she felt both a feminist and a "Maradonian." "I say he was an idol for women too."

Maradona's death is likely to spark something of a battle over his legacy and inheritance. He has some eight children from Argentina to Cuba and Italy, with other paternity claims. Nonetheless, his wild behavior in some ways endeared him even more with supporters, giving him an everyman feel of fallibility that has ingrained him into the national psyche. "In reality, I don't think about what people say, whether he's good or bad or whether he's an inspiration or not," said Matias Disciosia, with a huge tattoo of Maradona's name and the number 10 on his back. "Everything related to Maradona is a source of inspiration for those who feel him and carry his soul." Devotee Luciano Zarate agreed. "Maradona's tattoo for me was so I could have him all the time with me because he was my childhood," he said. "Maradona was my childhood and adolescence. For me, he is everything."