Astros once again in World Series, await winner of Braves-Dodgers 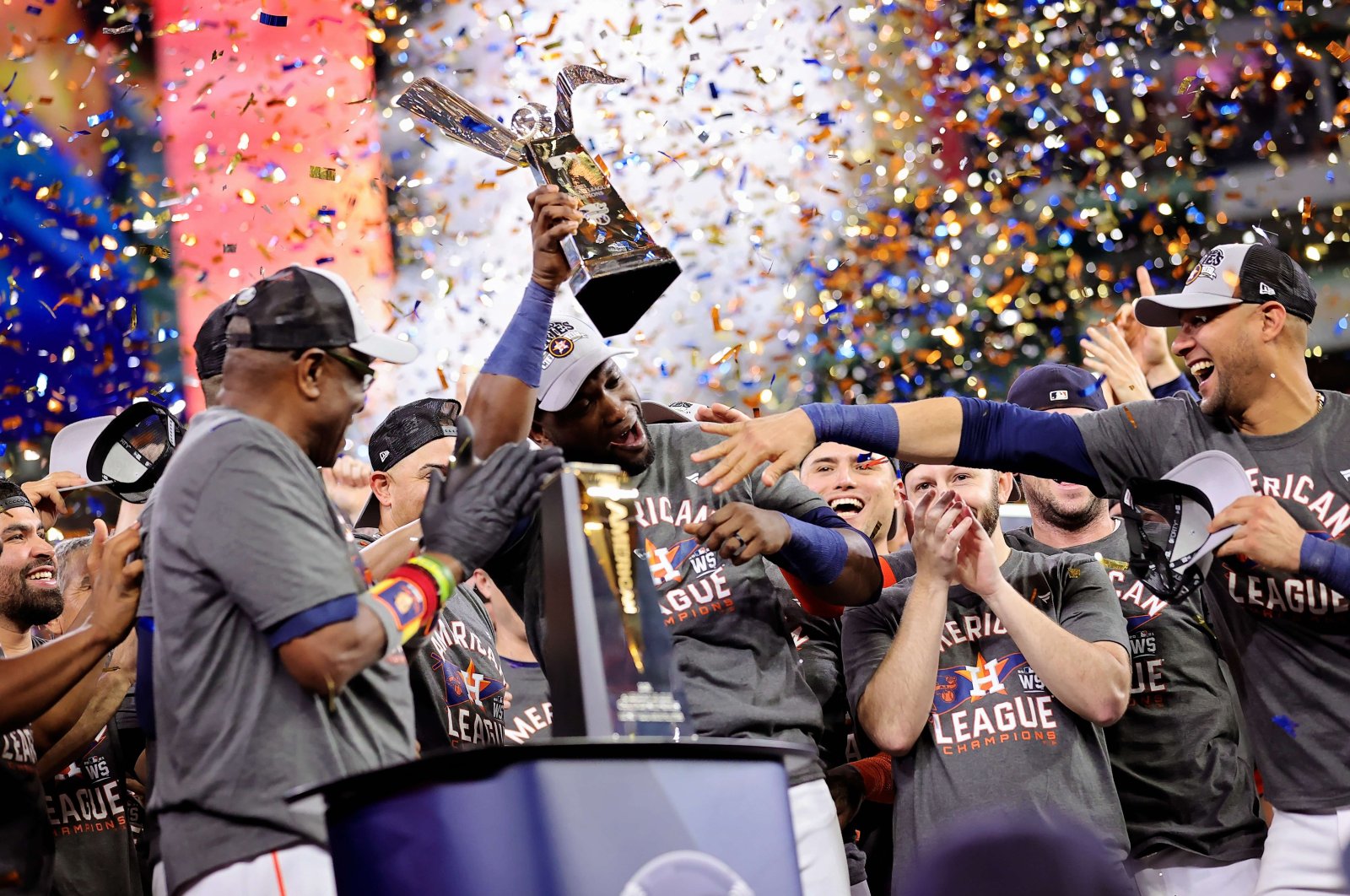 The Fall Classic is familiar territory for the Huston Astros, who will be making their third appearance in five years after knocking off the Boston Red Sox in the American League Championship Series (ALCS).

Yordan Alvarez had an RBI double among his four hits and Kyle Tucker belted a three-run homer on Friday, helping the host Astros notch a 5-0 victory over the Boston Red Sox in Game 6 that wrapped up the ALCS.

The Astros, who beat the Los Angeles Dodgers in the 2017 World Series and fell to the Washington Nationals in the 2019 Fall Classic, will face the winner of the National League Championship Series between the Atlanta Braves and the Dodgers. Atlanta holds a 3-2 edge entering Game 6 on Saturday.

The World Series will open Tuesday in Houston or Los Angeles.

Alvarez had a triple, two doubles and a single to finish 12-for-23 (.522) with a homer, six RBIs and seven runs in the ALCS, landing him series Most Valuable Player honors. He was 9-for-13 with five extra-base hits over the last three games, during which the Astros outscored the Red Sox by a 23-3 margin.

"I'm so, so excited and I'm so emotional, it's hard for me to put into words what this honor means to me," Alvarez said through a translator.

Alvarez missed last year's postseason while recovering from surgery. The Astros lost to the Tampa Bay Rays in seven games in the 2020 ALCS.

Baker, 72, is returning to the World Series for the first time since 2002, when he was in charge of the San Francisco Giants. The then-Anaheim Angels defeated the Giants in seven games in that series.

"I'm going back to the World Series," Baker said during his on-field interview with Fox Sports. "We did this for the H-Town. I've got the greatest guys in the world."

Rookie Luis Garcia (1-1) allowed one hit and one walk while striking out seven over 5 2/3 innings. The performance stood in stark contrast to his previous outing in Game 2 on Saturday, when he surrendered a grand slam and five runs in one-plus inning of a 9-5 loss.

Enrique Hernandez ripped a triple to chase Garcia with two outs in the sixth inning. Phil Maton, however, induced Rafael Devers to pop out to end the threat.

Alvarez, who had a run-scoring double in the first inning, chased Josh Taylor with a triple to lead off the bottom of the sixth. Tanner Houck hit Carlos Correa with a pitch before Tucker's hard-hit smash to first base resulted in a double play, but heads-up baserunning allowed Alvarez to score from third to give Houston a 2-0 advantage.

"I got it, out of the corner of my eye could see Correa go back to the bag," Red Sox first baseman Kyle Schwarber said. "When I got the ball, I looked at third, saw him pause, kind of stop ... When I turned back around, he scored."

Boston put runners on the corners with one out in the seventh, but Kendall Graveman struck out pinch hitter Travis Shaw while catcher Martin Maldonado threw out Alex Verdugo trying to steal second base, ending the inning.

"They made adjustments," Red Sox manager Alex Cora said of the momentum turning in the series. "Their catcher is really good ... he gets out of his script and that's something that's really impressive. I think it was halfway through Game 4, I felt they were changing."

Tucker extended the Astros' cushion with two outs in the eighth inning. He deposited a 2-1 fastball from Adam Ottavino over the left field wall for his second homer of the ALCS and fourth of the postseason.

Boston stranded a runner at third base in the top of the first inning before Houston ignited a two-out rally in the bottom of the inning.

Alex Bregman singled to left field off Nathan Eovaldi (1-2) before Alvarez launched a deep fly ball to center field that caromed off the glove of Hernandez. Bregman ran on contact and scored easily for the game's first run.

Eovaldi gave up one run on five hits and a walk in 4 1/3 innings. He struck out four.