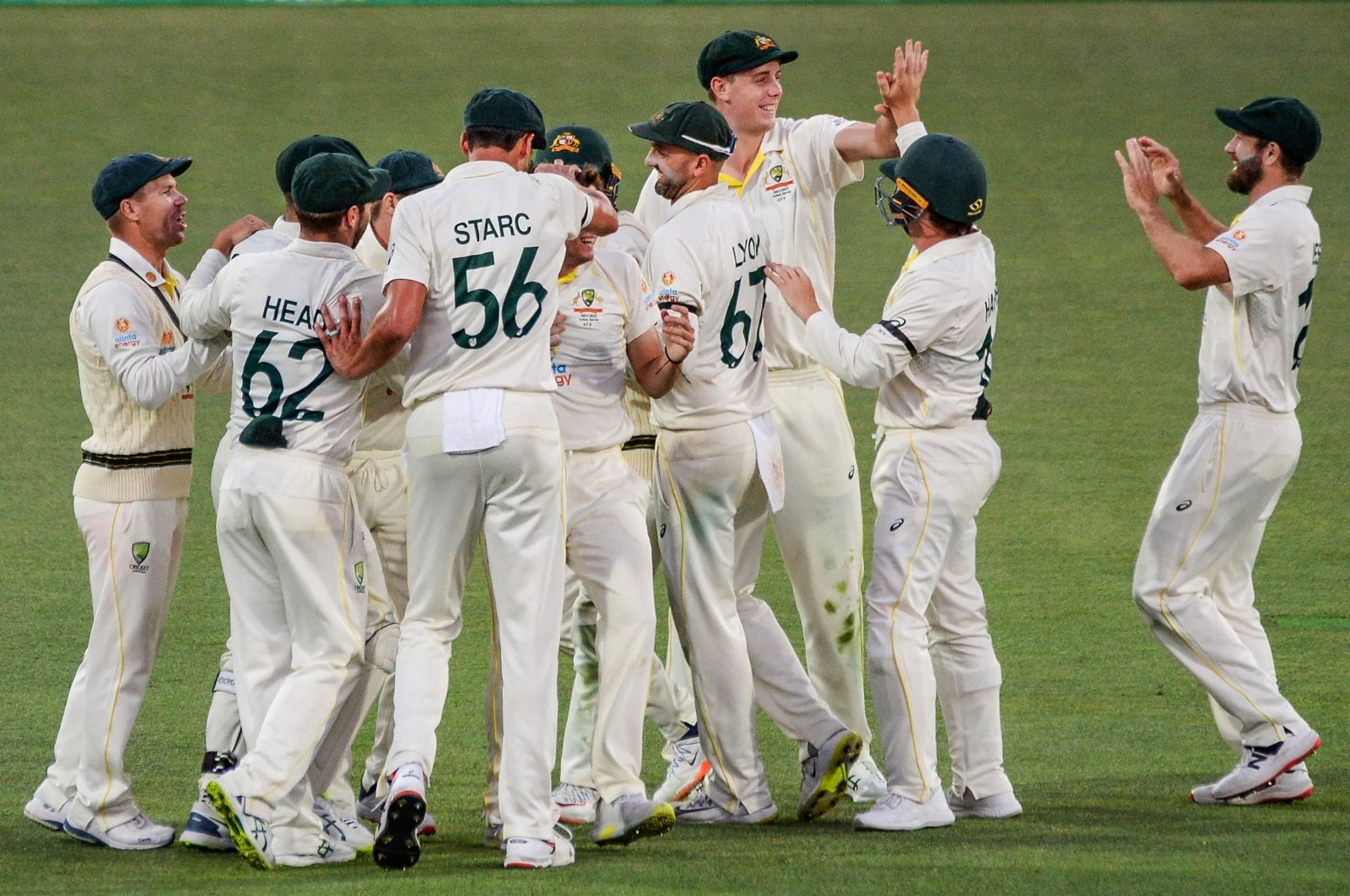 England's struggle's down under continued as Australia routed the Three Lions by 275 runs in the second Ashes Test at the Adelaide Oval on Monday.

With the win, the Aussies went 2-0 up in the five-match series.

Chasing a daunting victory target of 468, England was all out for 192 in the final session of the pink-ball, day-night contest.

Chris Woakes' 44 was the highest individual score in England's abject second innings batting display, while Jos Buttler resisted for a while with a dogged 26 off 207 balls.

"Jos played a really good innings, he faced over 200 balls.

"We were trying to stay as calm as we could out in the middle and just thought, a couple of good balls and a couple of wickets and we'll keep going."

Jhye Richardson was the pick of the Australian bowlers, claiming 5 wickets for just 42 runs.

Australia's Marnus Labuschagne was adjudged man-of-the-match for his 103, the only century hit by a player from either side in the match.

Australia was without regular captain Pat Cummins, who missed out for being a close contact of a positive COVID-19 case, and injured paceman Josh Hazlewood.

"We made mistakes throughout the game that we made last week, whether it be no-balls, missed chances," England captain Joe Root said.

"We just have to be better. We have to learn those lessons very quickly over the next week."

The third Test begins in Melbourne on Sunday.