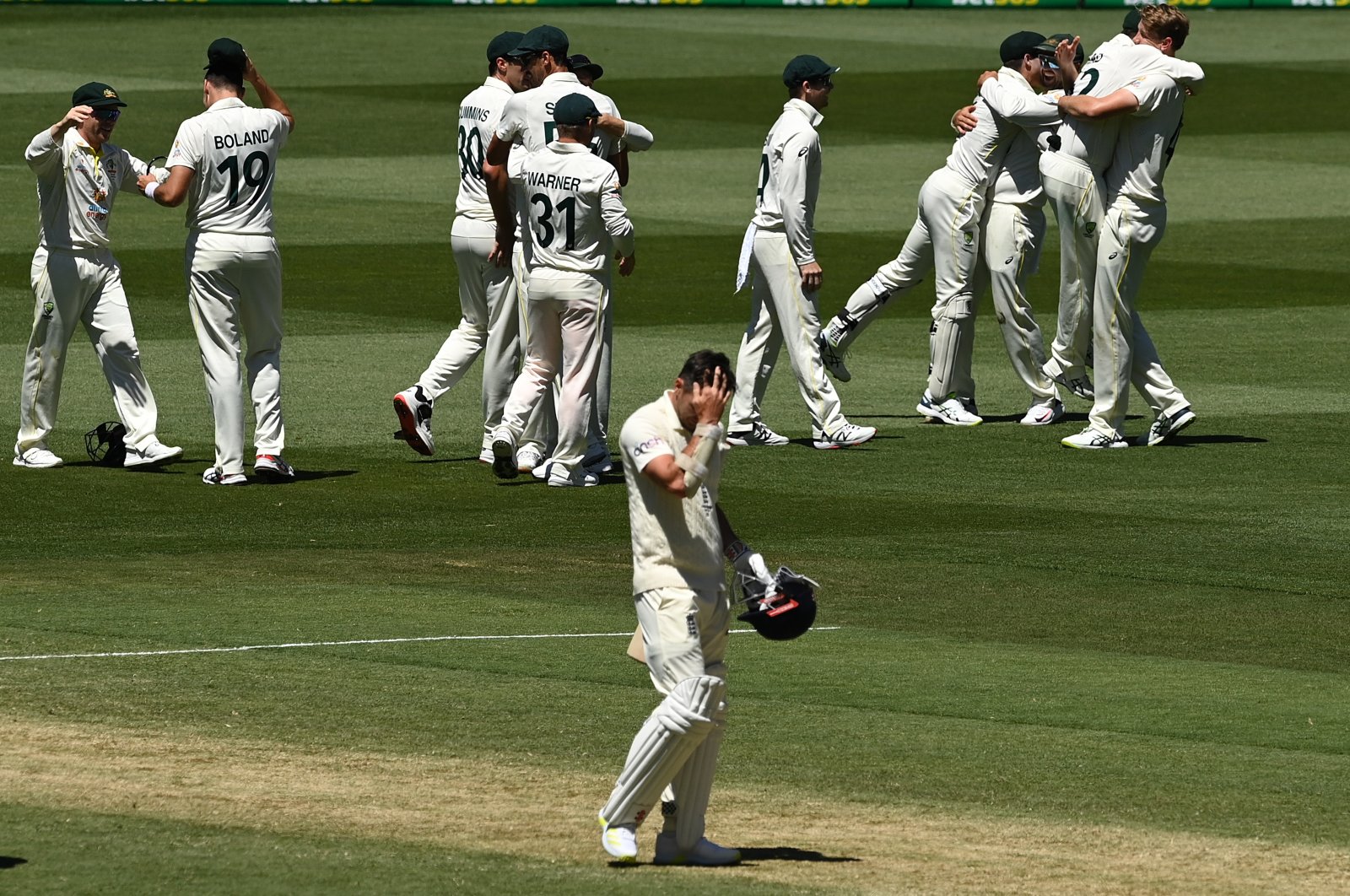 32-year-old Scott Boland lit up his home ground on debut by picking up six wickets for just seven runs in four overs, equaling the record for the fastest 5-wicket haul in 19 balls

Debutant Scott Boland led from the front as a relentless Australia side brushed off England for just 68 runs Tuesday to win the third Test by an innings and 14 runs and retain the Ashes with two matches in hand.

The touring side resumed in Melbourne on 31 for four, still 51 runs behind, after a disastrous final hour on Monday against some outstanding fast bowling that left its Ashes dreams in tatters.

England's survival rested on skipper Joe Root, but when he fell for 28, it was just a matter of time before the rest followed.

Boland, called up as injury cover, was invincible on his home ground at the MCG, taking 6-7 off four overs, equaling the record for the fastest five-wicket haul in 19 balls.

Mitchell Starc ended with 3-29 as England's misery was complete.

"It is pretty insane. Just an awesome few weeks, everything clicked and everything worked out," said Australian skipper Pat Cummins.

"Thrilled for Scott Boland. We have been relentless."

Ben Stokes resumed on two but his poor tour continued when he has clean-bowled by Starc for 11. Jonny Bairstow made five and when Root was out it was all over, with the tailenders quickly following.

"It is what it is. We have come to dealing with this sort of an environment for a while now," said a dejected Root.

"Credit to Australia, they blew us away. We have a lot of hard work to do now and come back hard in the next two matches."

Whether there would be play at all was in doubt after four members of the England party – two support staff and two family members – tested positive for the coronavirus Monday.

But all players from both teams underwent polymerase chain reaction (PCR) tests after stumps and returned negative results Tuesday morning with the first ball bowled on schedule.

England headed to Melbourne knowing it must win to keep the five-Test series alive after heavy defeats in Brisbane and Adelaide, with Australia only needing a draw to retain the urn as holders.

And it fleetingly hauled itself into contention on the back of a vintage bowling effort from veteran seamer James Anderson, which restricted Australia to 267 in its first innings in reply to the tourists' 185.

But it was only an 82-run lead and any dreams England had of staying in the Test, or even winning it, fell apart in the face of an intense fast bowling blitz on Monday from Starc, Cummins and Boland.

In an hour of mayhem, they removed hapless openers Zak Crawley (five) and Haseeb Hameed (seven), Dawid Malan for a golden duck and nightwatchman Jack Leach (0), leaving England staring into the abyss on 31 for four after another stunning collapse.

Once again, its hopes rested with Root, who resumed on 12, and star all-rounder Stokes, still 51 runs behind.

Stokes has failed to fire this series but flogged Starc for four to show intent, only for the New South Welshman to respond in devastating fashion two balls later with a fuller, tighter delivery that clattered into the stumps.

Root took a nasty blow in the groin area off Cummins on 23 and eventually went for 28, caught by David Warner at slip off Boland.

England's miserable batting late Monday, which followed collapses in Brisbane and Adelaide, was castigated by the British media.