Authentic holds off Tiz the Law to win Kentucky Derby 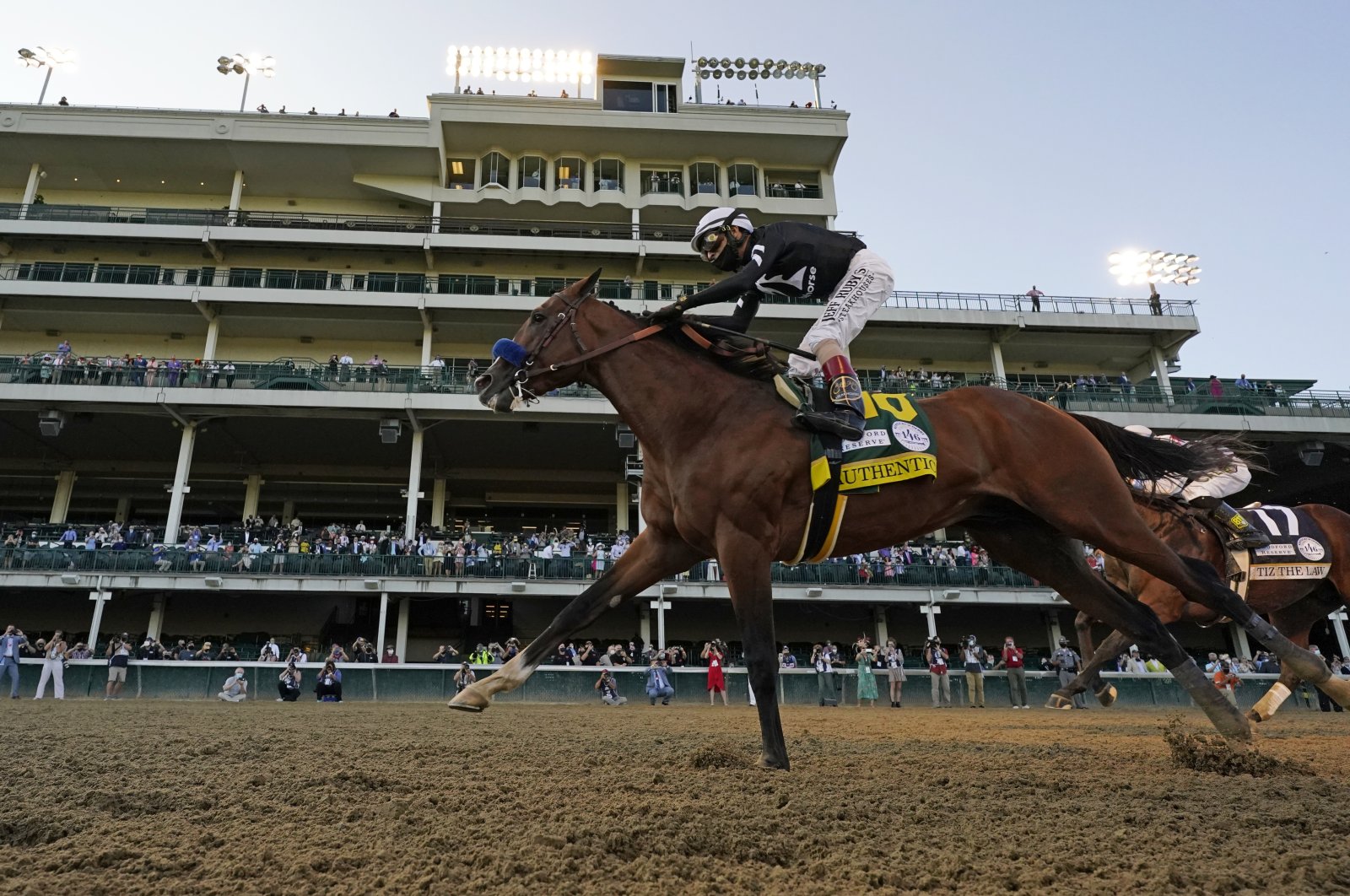 Authentic held off heavily favored Belmont Stakes winner Tiz the Law to capture the 146th Kentucky Derby on Saturday, giving trainer Bob Baffert a record-equalling sixth win in the Run for the Roses.

Johnny Velazquez piloted Authentic to the victory at Churchill Downs, ensuring that this topsy-turvy year will not produce a 14th winner of U.S. flat racing's coveted Triple Crown when it concludes with the Preakness Stakes on October 3.

Instead of more than 100,000 spectators jammed into the grandstands and infield, no more than 1,000 essential personnel, owners and trainers were on hand.

Despite the lack of fans, there was a heavy police presence outside the racetrack as Black Lives Matter demonstratorss and counter-protesters took to the streets of Louisville, where 26-year-old paramedic Breonna Taylor was killed in a police shooting in her own apartment in March.

Authentic, as expected, set the early pace under Velazquez, going early to the front from the 18th post.

Tiz the Law, who won the belated Triple Crown opener at Belmont on June 20 and went off as the prohibitive 3-5 favorite, settled into a comfortable fourth position under jockey Manny Franco and challenged for the lead as they swept through the final turn.

But Authentic, who went off at 8-1, held on to win ahead of the Barclay Tagg-trained Tiz the Law with 46-1 longshot Mr. Big News third.

Baffert tied Ben Jones for most Kentucky Derby wins for a trainer.

Just moments before the race, Baffert's other entry, Thousand Words, was scratched after he reared in the paddock and fell.

Baffert said after the race that assistant trainer Jimmy Barnes had suffered a broken arm in the incident.

"He's in an ambulance," an emotional Baffert said.