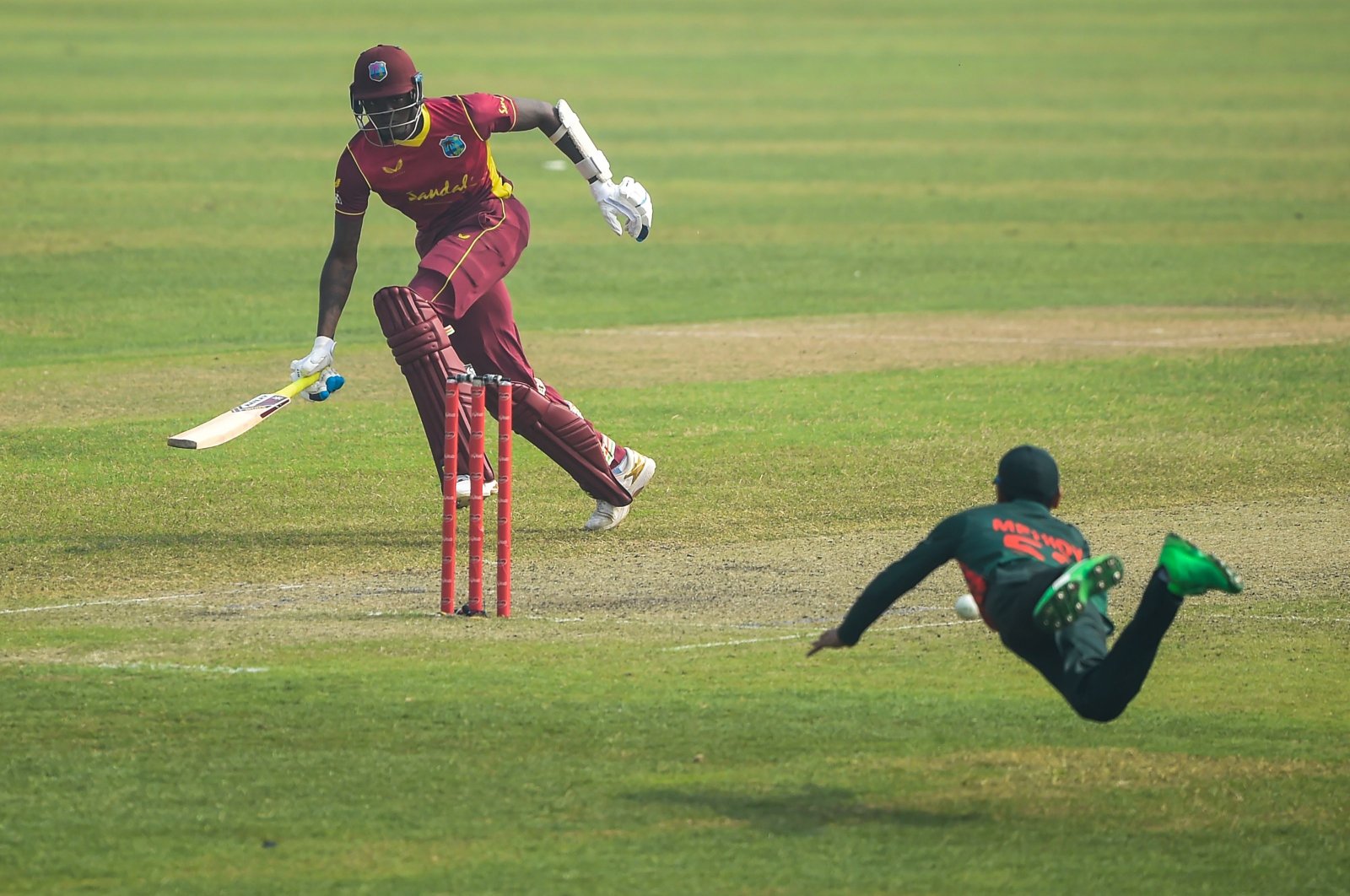 Off-spinner Mehidy Hasan claimed a career-best 4-25 as Bangladesh clinched the three-match series against the West Indies on Friday with a seven-wicket victory in the second game.

Bangladesh won the first match by six wickets. Skipper Tamim Iqbal hit 50 to help the side chase the target in 33.2 overs after the West Indies was bowled out for 148 in 43.4 overs.

Rovman Powell was the top scorer with 41 off 66, hitting two fours and one six as he led the side past 100. Mustafizur got the wicket of Sunil Ambris (6) before Mehidy provided the key breakthrough, dismissing debutant Kjorn Ottley on 24. In the same over, Mehidy removed Joshua Da Silva, after which Al Hasan ripped through the middle order.

Nkrumah Bonner resisted for a while but pacer Hasan Mahmud got rid of him for 20 as the West Indies slumped to 71-7. Powell then came to the crease and took the side past 100 alongside Alzarri Joseph by sharing 32 runs for the ninth wicket. Mustafizur came back in his second spell to break the partnership as he removed Joseph with a short-pitched delivery for 17.

Powell added 28 runs for the last wicket with Akeal Hossain, who scored 12 not out. Tamim led the charge from the front, hitting 50 off 76, including three fours and one six. He and Nazmul Hossain (17) shared 47 runs for the second wicket after opener Liton Das was dismissed for 22.

Raymon Reifer removed Tamim after he reached his 48th fifty but Shakib, who was unbeaten on 43, guided the side home, extending the winning streak to seven against the West Indies. The third and final ODI is set for Monday in Chattogram.