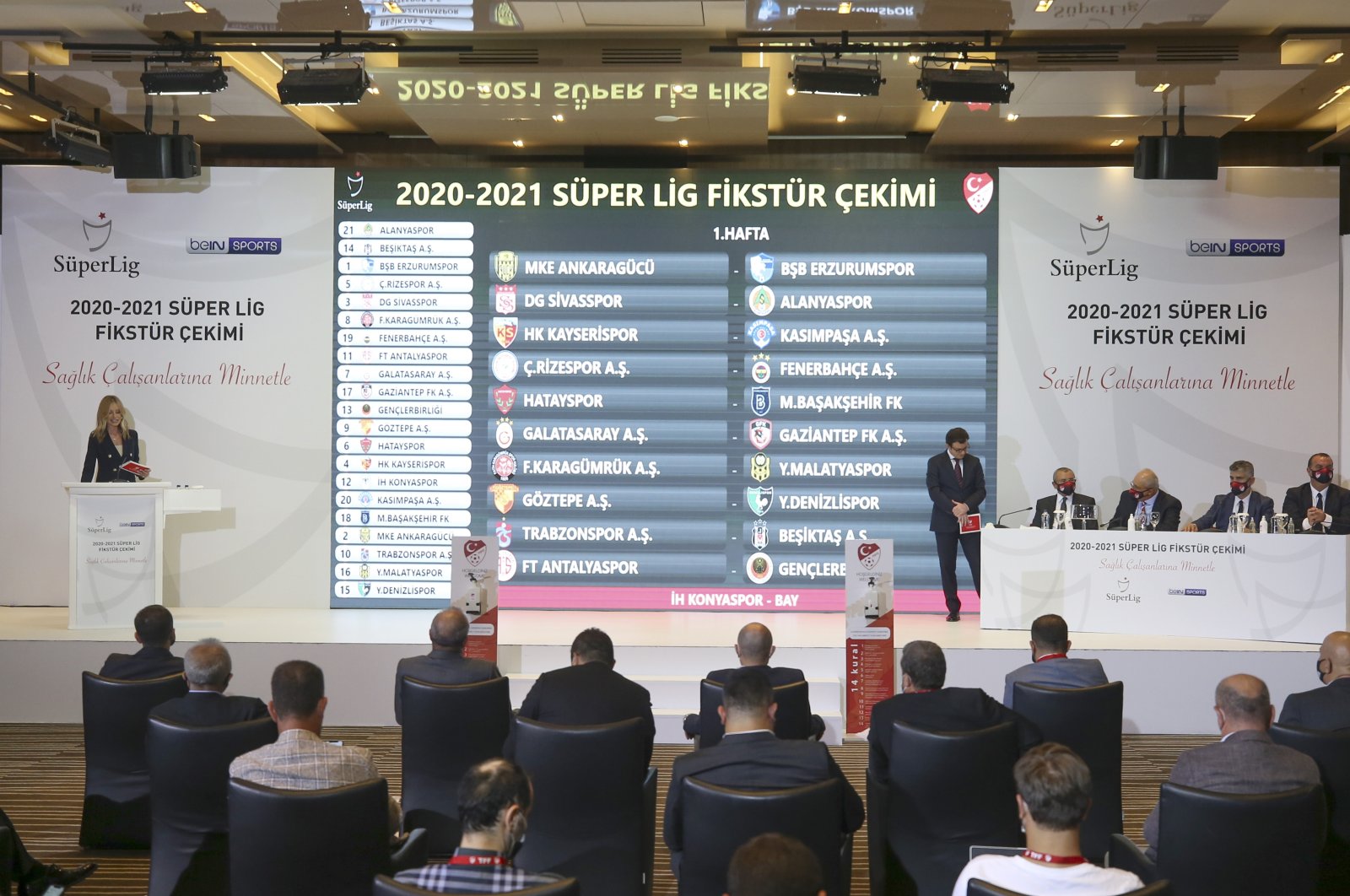 Istanbul Başakşehir will begin defending its Süper Lig title at newly-promoted Hatayspor, who will debut in the Turkish top flight after winning the TFF First League last season.

The fixture list for the new season, which will kick off Sept. 11, was decided Wednesday.

The first derby between the "Big Four" awaits football fans right off the bat as last year's silver and bronze medalists, Trabzonspor and Beşiktaş, meet on Matchday 1.

Meanwhile, Istanbul powerhouses Galatasaray and Fenerbahçe will play Gaziantep at home and Rizespor away, respectively. The first intercontinental derby between the Lions and the Canaries is scheduled for Matchday 3 at Türk Telekom Arena.

The 2020-2021 season will be the first to feature as many as 21 teams after the Turkish Football Federation (TFF) removed the relegation for last season due to the coronavirus pandemic. At the end of the upcoming season, four teams will be relegated, but only three will be promoted. Thus, the 2021-2022 Süper Lig season will feature 20 teams.

Due to the odd number of the teams, each club will miss one matchday, therefore Konyaspor will start its Süper Lig campaign on Matchday 2.

The third and fourth-placed teams will no longer qualify for Europa League but instead for the Europa Conference League – UEFA's new third tier continental competition, which will start in 2021.

Given the season's unprecedented length – every team will play 40 matches instead of the usual 34 – there will be no mid-season break. The TFF plans to end the season on May 16, 2021.