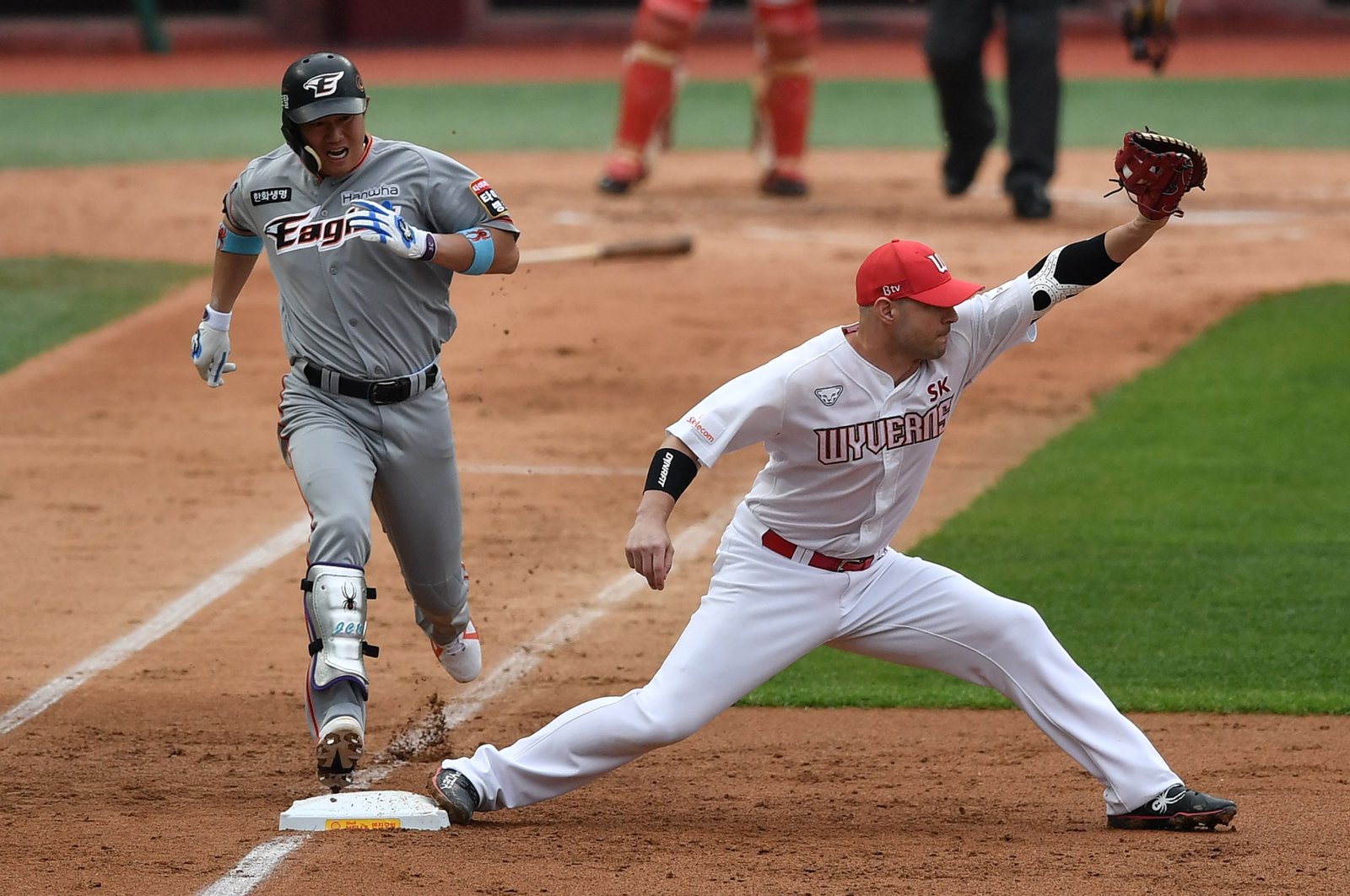 South Korea's professional sport springs back into action Tuesday after the coronavirus shutdown with the opening of a new baseball season, while football and golf will soon follow suit in a ray of hope for suspended competitions worldwide.

Friday will see the delayed start of football's K-League, and next week some of golf's leading women players will tee up in a domestic tournament as South Korea becomes a rare hotspot for live sport.

Fans will not be allowed into stadiums for any of Tuesday's five opening Korean Baseball Organization (KBO) matches, and strict health checks and hygiene measures will be enforced.

Players must have their temperature checked twice before games, with face masks to be worn in all areas except the playing field and the dugouts, according to the KBO.

Players have also been asked not to shake hands or exchange high-fives, while spitting is prohibited – putting a new complexion on what is South Korea's most popular spectator sport.

ESPN announced it will show six KBO League games per week to fans pining for live baseball in the US, while broadcasters in 10 foreign territories have snapped up rights to air K-League matches.

South Korea endured one of the worst early outbreaks of the disease outside China, prompting professional sports to suspend or delay their seasons.

But the country appears to have brought its outbreak under control thanks to an extensive "trace, test and treat" program.

The start-up will bring welcome live action in a barren sports world where fans have had to make do with sports channels and broadcasters airing repeats of past events.

The K-League, originally due to start in February, will kick off Friday with a blockbuster clash between Jeonbuk Hyundai Motors, champions for the past three season, against FA Cup winners Suwon Bluewings.

And South Korea will next week become the first country to see women's professional golf resume after COVID-19.

The $1.8 million the Korea Ladies Professional Golf Association (KLPGA) Championship begins on May 14 in Yangju, east of Seoul with world number six Kim Sei-young and 10th-ranked Lee Jeong-eun in the 144-strong field.

South Korea has been seeing only a trickle of new coronavirus infections in recent days, with three fresh cases reported on Tuesday taking the total to 10,804.