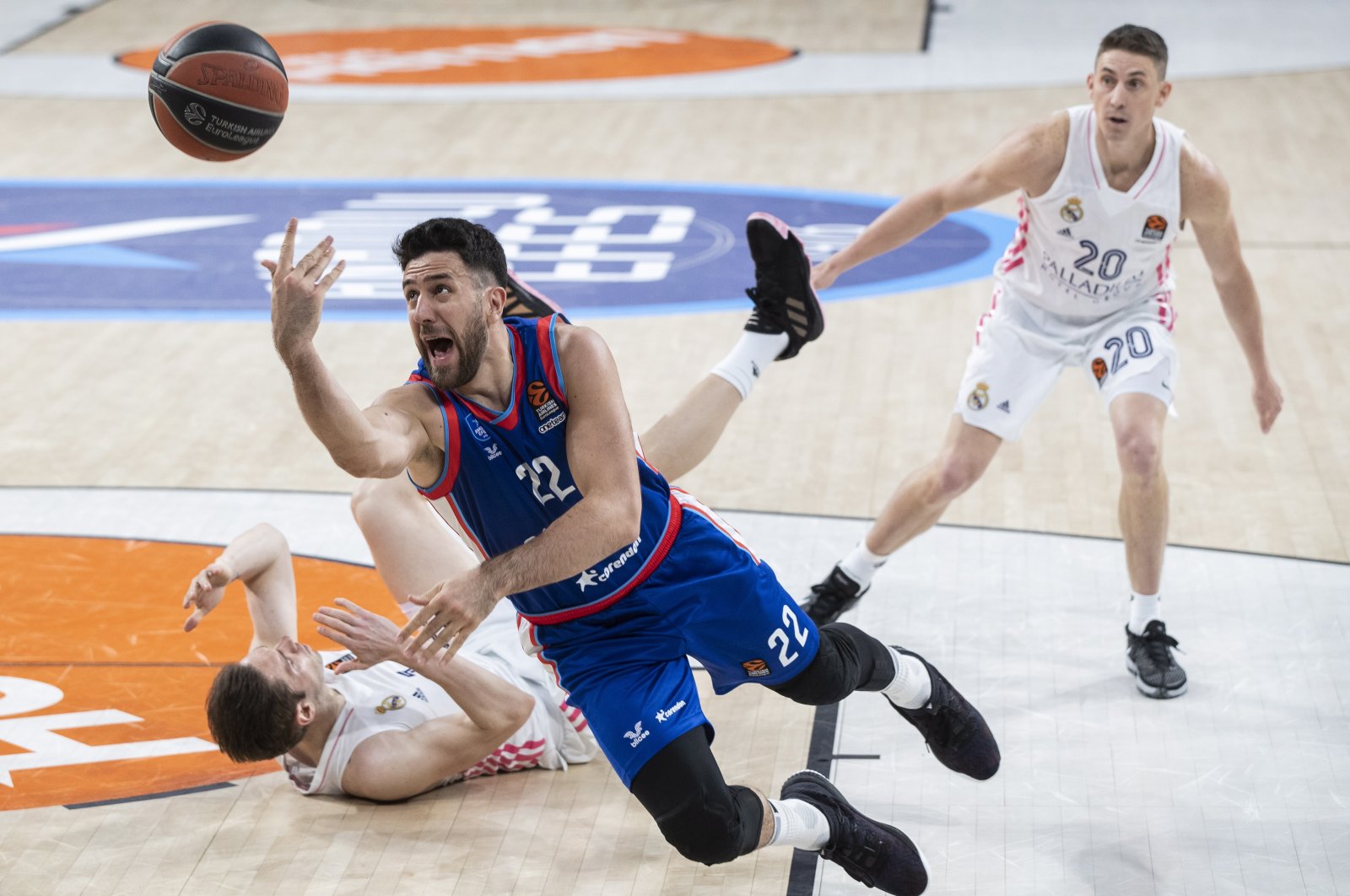 Turkish powerhouse Anadolu Efes was off to a flying start in the THY EuroLeague Playoffs with a 90-63 rout of Real Madrid at Istanbul’s Sinan Erdem Sports Hall Tuesday.

The Istanbul side dominated the second half of the match to clinch Game 1 of the best-of-five series. It doubled up the visitors 46-23 in the third and fourth quarters to take control of a game that had been even, 39-39, late in the second quarter, reported the EuroLeague’s official website.

Real Madrid won the opening tip and Nicolas Laprovittola went right inside to Tavares. Back-to-back 3-pointers by Laprovittola and Alberto Abalde caused the hosts to call an urgent timeout at 0-8.

Şanlı got Efes on the scoreboard with free throws and Larkin came off the bench to strike from downtown. Laprovittola extended the Real lead to 5-11 with a 3-point play that also drew an early second foul from Vasilije Micic.

The lead switched hands a few more times before the quarter finished at 20-18. Beaubois opened the second quarter with a triple and his layup soon made it 27-20.

Back-to-back 3-pointers by Fabien Causeur and Rudy Fernandez trimmed the gap to 31-30. Micic heated up for Efes with a triple and two free throws.

Laprovittola drained a three over Larkin to knot the game at 39-39. A three-pointer by Beaubois gave the hosts a 44-40 edge at the break.

Back-to-back 3s by Simon and Şanlı gave Efes the game's first double-digit lead early in the second half. He contributed a 3-point play on one end and a block on the other as Efes extended the lead to 53-42.

Real missed 12 of its first 13 shots in the second half – including all eight from behind the arc.

In the meantime, Şanlı remained hot for Efes in stretching the lead to 58-43. Real called timeout down 17 to try to reboot. A jumper by Thompkins and 3 by Sergio Llull gave Real hope before Dunston's put-back made it 64-50 at the end of the third quarter.

Moerman heated up early in the fourth quarter and Beaubois's tip-in extended the margin into the 20s. The lead peaked at 85-58 on a James Anderson 3 with 4 minutes remaining and Efes coasted the rest of the way.

Efes will host Game 2 of this best-of-five series on Thursday evening at the same venue.