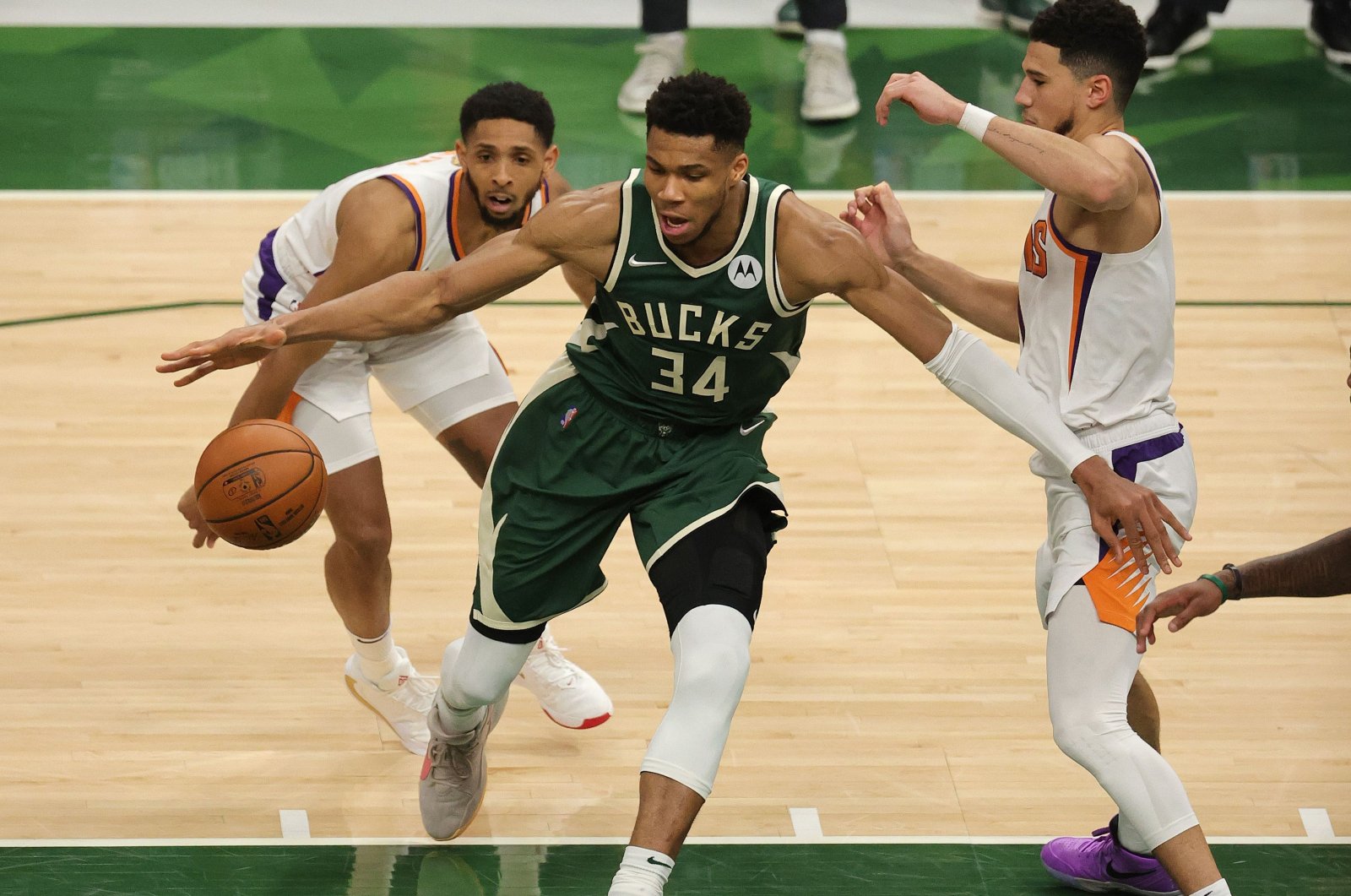 Giannis Antetokounmpo tallied 41 points with 13 rebounds to help the Milwaukee Bucks fight back and pick up a dominant 120-100 victory over the Phoenix Suns in Game 3 of the NBA Finals Sunday.

Middleton had 15 first-half points and Holiday connected for four 3-pointers in an explosive third quarter as the Bucks pushed their 15-point halftime lead to 22. Holiday had 21 points and Middleton added 18.

Phoenix fell behind in the second quarter and never recovered with top scorer Devin Booker unable to find his stroke in a 3-of-14 shooting night that shifts the momentum of the best-of-seven series.

Game 4 is Wednesday night in Milwaukee. Milwaukee ate in the paint, shredding the Suns' small-ball lineup as DeAndre Ayton sat idle due to foul trouble.

The Bucks, who had 54 points in the paint in Game 2, matched that number in Game 3. Threes started to fall for the Suns in the third after Phoenix missed 12 of 14 treys in the first half, but Booker never found a rhythm.

The Suns scored 118 points in each of the first two games to build a 2-0 series lead but shot 29% from deep in Game 3 thanks largely to Jae Crowder's 6-of-7 night.

Cam Johnson came off the bench to help keep Phoenix in the game in the third before Antetokounmpo completed a 3-point play and found Pat Connaughton for a 3 to end the third.

Johnson's emphatic, and-one poster dunk over P.J. Tucker had cut the lead to 10, and his reverse layup on the next possession made it an eight-point game just four minutes earlier.

Booker did not play in the fourth quarter. Paul left the game for good with the Suns down 23 with 5:02 left in the game. He had a team-high 19 points and nine assists, scooting past Scottie Pippen on the all-time playoffs assist list.

The Bucks led 60-45 at halftime on the legs of a 21-7 run closing out the second quarter, largely with Ayton on the bench. He went back to the pine with 10:24 left in the third after his fourth foul.

Ayton started the game on fire with 16 points in the first 14 minutes but finished with 18.

Antetokounmpo had 18 points and eight boards at halftime.

Booker missed nine of his 11 shot attempts in the first half with the Bucks keeping bodies nearby.