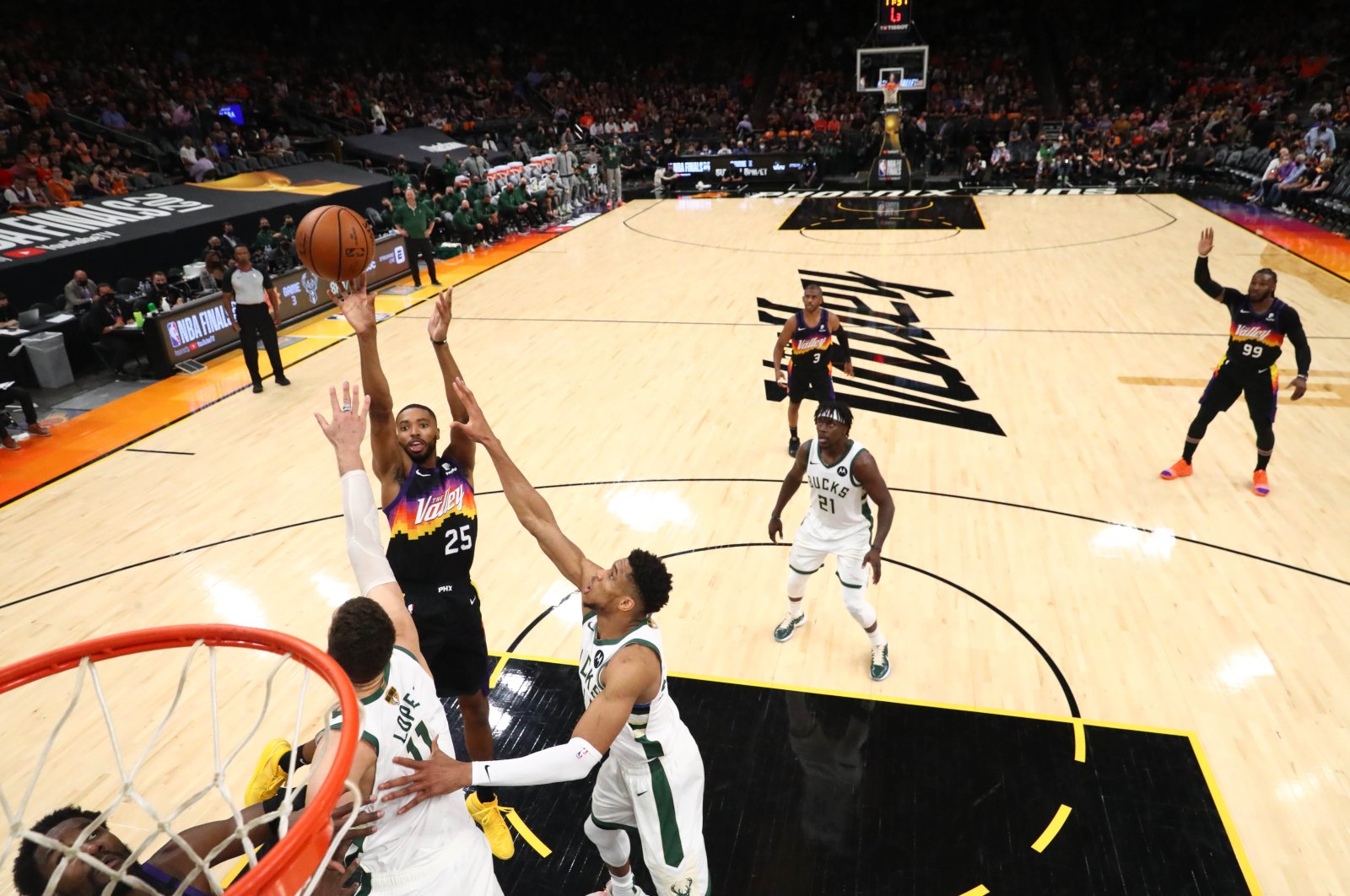 The Phoenix Suns took a 2-0 lead in the NBA Finals by beating Milwaukee 118-108 on Thursday, overcoming a 42-point effort from the Bucks' Giannis Antetokounmpo.

Devin Booker led the way for Phoenix with 31 points, Mikal Bridges tallied 27 and Chris Paul contributed 23, while Deandre Ayton grabbed 11 rebounds, to leave the Suns two wins away from their first championship.

"We have a 'we score' mentality," Suns coach Monty Williams said of the team's balanced attack and unselfish play.

"So when DA and Mikal give it up, it's like they scored. That's how we view it."

Antetokounmpo was outstanding throughout, dominating in the paint and on the glass, but received little help from his supporting cast as the team shot a miserable nine-of-31 from three-point range.

Milwaukee started strong, with Antetokounmpo looking determined to avenge their convincing Game One defeat, but the Suns offense caught fire in the second quarter, outscoring the Bucks 30-16 to take a 56-45 lead into halftime.

Antetokounmpo continued to fight in the second half, at one point reeling off 13 straight points before the Bucks cut the deficit to five points in the fourth quarter on an alley-opp to Brook Lopez.

But the Suns, who connected on 20 three-pointers, pushed the tempo and played stout defense to deliver the win before a rocking crowd at Phoenix Suns Arena.

Not everything went the Suns way though.

For the second straight game they lost a valuable role player when Torrey Craig suffered a right knee injury after colliding with a driving Antetokounmpo in the final minute of the third quarter.

The Suns lost backup forward Dario Saric in Game One when he tore his right anterior cruciate ligament.

Booker said there would be no let up in Sunday's Game Three when the best-of-seven series shifts to Milwaukee.

"It's a 0-0 mindset for us going into Game Three," said Booker, who connected on seven three-pointers and dished out six assists for the Suns.

"It's a Game Seven for us. Every game is a Game Seven at this point in the season. We're locked in but we understand that's a really good team over there," he said.

"We know it gets rowdy in Milwaukee but I think we're ready for it."

While the Bucks have it all to do, they can take heart from the fact they have already battled back from a 0-2 deficit in the postseason after dropping the first two games on the road against the Brooklyn Nets and rallying to win the series.