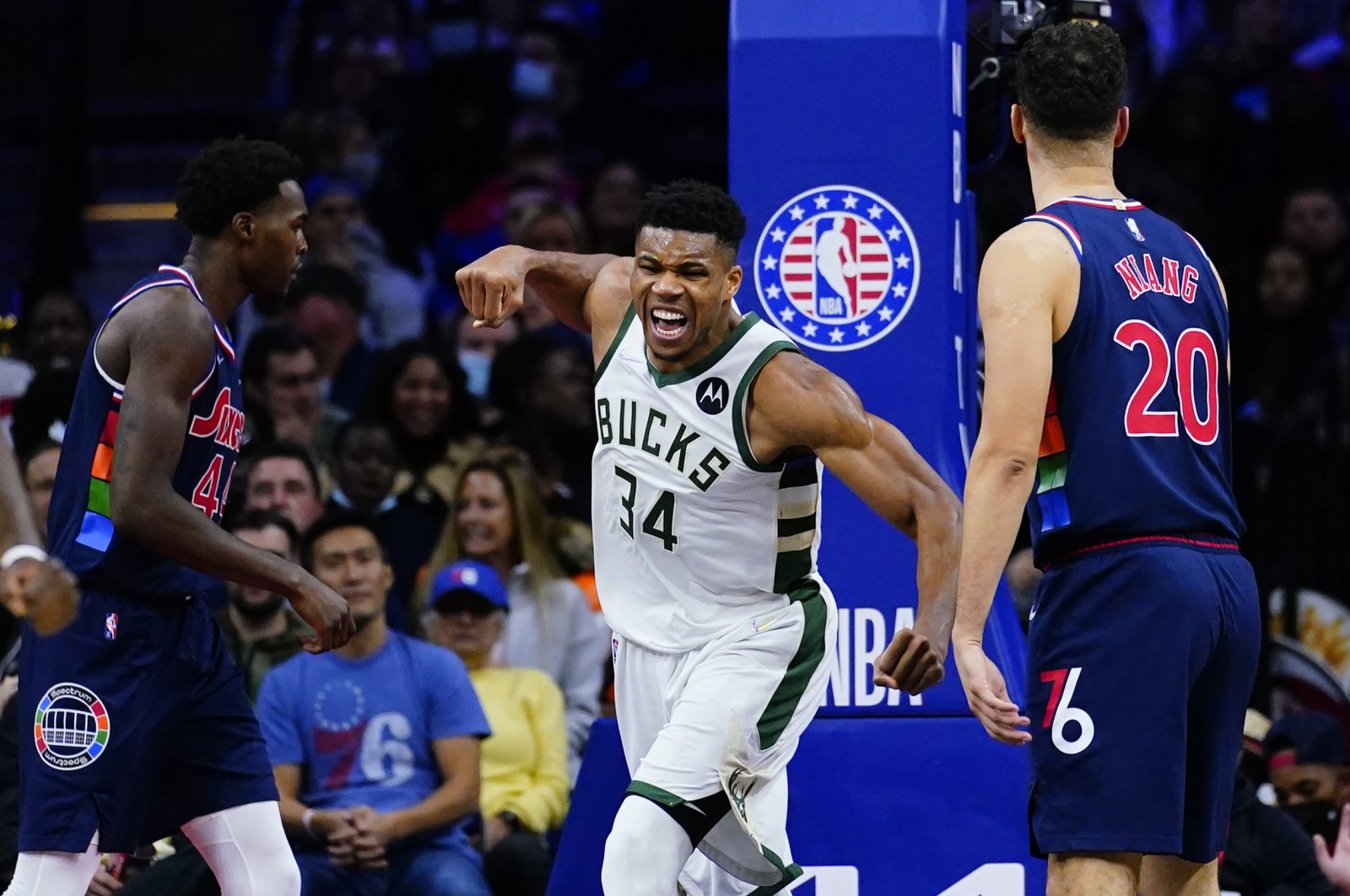 Reigning NBA champion Milwaukee Bucks got back to the winning ways as they beat a depleted Philadelphia 76ers 118-109 on Tuesday.

Giannis Antetokounmpo led from the front with 31 points and 16 rebounds as the Bucks snapped a two-game losing skid.

The victory comes one day after the Bucks visited the White House as guests of American President Joe Biden to honor their NBA championship. But so far this season, Milwaukee has hardly resembled the defending champs with six losses in their first 11 games.

Grayson Allen added 25 points and Bobby Portis contributed 19 points and 10 rebounds for the Bucks, who hope Tuesday's win will help them reverse their fortunes in the new season.

Bucks coach Mike Budenholzer said Antetokounmpo had an added spring in his step.

Andre Drummond compiled his second double-double in as many nights with 17 points and 20 rebounds. The 28-year-old Drummond was brought in in the offseason after the Sixers parted ways with aging veteran Dwight Howard.

The Sixers have dropped two in a row.

Sixers coach Doc Rivers has had to get creative with the lineup because of all the missing players. In their last game on Monday night, Philadelphia lost 103-96 to the New York Knicks, giving them no time to rest before facing the reigning champs.

The Sixers played without Joel Embiid, who tested positive for COVID-19 and will likely be out for 10 days. Also absent for the Sixers were Tobias Harris, Isaiah Joe and Matisse Thybulle for health and safety protocols. Ben Simmons (personal reasons) has yet to play this season.

Paul George finished with 24 points, nine rebounds and seven assists, and Reggie Jackson added 23 points as the Los Angeles Clippers extended their winning streak to five games with a 117-109 victory over the visiting Portland Trail Blazers.

Nicolas Batum had 22 points, making 6 of 8 from 3-point range, as the Clippers improved to 2-1 over the Trail Blazers this season. They have not lost since falling 111-92 at Portland on Oct. 29.

Damian Lillard scored 27 points for the Blazers, while Norman Powell added 23 as Portland remained winless on the road this season in five tries. The Blazers, who saw their two-game winning streak come to an end, were playing the opener of a four-game road swing.

Utah's defense, led by reigning Defensive Player of the Year Rudy Gobert, also had a big night, holding the Hawks to just 18 points in the fourth quarter and to 43.5% shooting overall. The Jazz also held Kevin Huerter and Trae Young scoreless in the final quarter after they scored 28 and 27 points, respectively, in the first 36 minutes.

Atlanta, in the midst of a tough four-game Western Conference road trip, dropped its fifth straight game. The Jazz, meanwhile, began a five-game homestand on the right note after playing seven of their first 10 games on the road.